It is for the first time that JioCinema will be airing IPL and that too for free. While it is still early, marketers are weighing in the pros and cons of advertising on JioCinema

JioCinema has already started reaching out to advertisers with IPL 2023 presentations showcasing its reach, various ad solutions, competitive ad rates, CTV growth story, targeted advertising, regional language feeds and the ROI that brands will get from advertising on its platform.

While it’s still early days for ad deals to be finalised, JioCinema’s ad rates range between Rs 200-300 CPM (cost per thousand impressions). The ad rate for Connected TV is Rs 6 lakh per 10 seconds.

The marketers have already started deliberating about the pros and cons of advertising on JioCinema and negotiating ad rates.

The biggest game-changer tactic JioCinema has played is to keep the platform free for the viewers. This move has the potential of opening the floodgates of viewers and eventually increasing its audience base.

Shashank Srivastava, Executive Director, Sales and Marketing at Maruti Suzuki, commented, “IPL is one of the biggest sports properties in India and is hugely popular in India. IPL 2022 reached out to 400 million plus unique viewers on HotStar and with IPL set to stream free this year on JioCinema, it should be able to add new viewers and increase the viewer base in India. We also saw the average concurrency per match going up from 10 million to 13 million in IPL 2022 from the previous seasons.”

As per Rammohan Sundaram, Country Head and Managing Partner – Integrated Media, DDB Mudra Group, brands would be able to target better with the help of Jio’s reach, which will offer a larger addressable audience base.

But with opportunities, also come challenges.

Raj Joshi, Head of Brand and Integrated Solutions, Onsurity - a health tech and employee benefits organisation, pointed out that the increased penetration of JioCinema will make it further difficult for smaller advertisers to maximise ROI on the platform.

He explained, “JioCinema has put out higher CPM rates than Hotstar. A brand coming with a smaller budget of around Rs 2-3 crore could have fetched visibility across at least 10-15 matches on Hotstar. But with the same budget on JioCinema, it will vanish in 3-4 matches because of its increased reach.”

On top of that, JioCinema is spreading in every nook and corner of the country, but no one knows the exact numbers, commented Joshi.

A media veteran shared that the cord-cutters make up 16-18% of the audience and the youth prefers watching it on OTT. So if one considers this base, JioCinema will have a good base of 30-35% of the IPL audience.

Even after the massive reach, JioCinema has to offer, brands are slightly worried if JioCinema will be able to handle the windfall of the audience, given what happened during the early days of FIFA World Cup streaming.

Rajiv Dubey, Head of Media, Dabur, commented, “JioCinema will have to sort out technology and the lag which is there between TV and digital. During the FIFA World Cup streaming earlier in December 2022, JioCinema had a lot of glitches and people were not able to watch it online in the initial days. There was also a lag of almost 2-3 minutes. I remember there was a penalty stroke done by Messi. On live TV it was shown 2 minutes before it was streamed on digital. So, right now they will have to sort out these issues before they start making money because viewers do not have patience.”

Maruti Suzuki India’s Srivastava countered this notion by saying that while JioCinema’s only concern is the ability of the platform to cater to such a high volume of viewership - as some issues were faced by certain viewers during FIFA, the same was rectified as the tournament progressed, “giving the Jio Cinema consumers a seamless experience and MSIL being one of the broadcast sponsors’ was able to leverage the viewership and the association was a successful one from an MSIL perspective.” 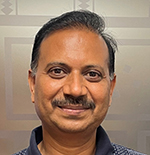 BK Rao, Senior Category Head at Parle Products, believes that irrespective of anything, in the first year itself, JioCinema’s aim is to acquire a lot of advertisers. “People are anyway going to watch IPL on JioCinema as it’s free and AVOD. People watched FIFA as well since the quality was very good. There were glitches in the initial days but afterwards, it went smoothly,” he said.

Interestingly, JioCinema will be selling CTV ads just like TV ad spots on a ten-second basis. The ad rate demanded for Connected TV is Rs 6 lakh per 10 seconds.

According to a senior marketing professional, the amount demanded for CTV is going through the roof. “Star Sport is asking for Rs 16-17 lakh for 10 seconds ad, basis the size of all TV homes. On the other hand, the base for connected TV is roughly around 15-20 million and Rs 6 lakhs for such a base is very expensive.”

A media head of a big FMCG brand told BestMediaInfo.com that JioCinema should ensure that its content consumption experience should be differentiated from TV and hence, it should focus more on technological advancements.

He added, “You can’t have the digital screen just be another screen, defeating the purpose. It needs to do more to give a differentiated experience to become really larger than life. I am sure Jio must be working on its tech part, etc. If not this year, then in next year for sure, given that this year their priority could be managing the scale.”

As per Sundaram of DDB Mudra Group, JioCinema is already garnering the advertisers’ interest and will be able to onboard a whole set of new advertisers who will get an opportunity to be on IPL and were not in the game before.

He also pointed out that because this time around there would be two different feeds for IPL: One with Star Sports and the other with JioCinema, the latter would be able to offer more innovations on the platform. He said, “Earlier on Hotstar, you could only do what was available as per their capability. In a single feed, the preference was given to the sponsors who bought both on TV and OTT. Whereas, in Jio you can do all kinds of innovations because the feed is separate.”

He further said, “The kind of innovation that was happening on TV can now be done on the internet as well. Replay advertising, runout or any other property like the fall of wickets – all of these were TV-driven. Some kinds of innovations like touch screens and banners pop up from below – all of this was never done on Hotstar but it will happen now.”

In total, it’s a wait-and-watch situation for marketers until mid-February 2023. Both Star Sports and JioCinema are going to pull the big guns out to offer the best experience on their respective platforms. “This is the year which is going to set the trend for the next five years. This year’s battle is what will make people take calls for next year and years after,” added a senior media planner.

A professional from India’s top FMCG brand stated that he is still evaluating whether to go with Star Sports or JioCinema and to what extent they could negotiate with the platforms. “It’s only around the second or third week of February, we will be making decisions by talking to both parties. I have to make sure that I'm not going too early and closing a bad deal.”