With most start-ups and a number of companies being headquartered in Delhi and Bangalore, BestMediaInfo.com decodes if Mumbai still is the advertising capital of the country

For decades the financial capital of India – Mumbai – was also the advertising capital of the country. However, with time, Delhi/NCR and Bengaluru have also grown to be important markets for advertising in recent years and the shift is for all to see.

But Gurugram is no less. It houses brands like Coca-Cola, Marico, Nestle, Perfetti Van Melle, and GlaxoSmithKline. The NCR region also has brands like Maruti Suzuki, HCL, Bharti Airtel. Most of these being legacy brands, they come on the list of top 50 advertisers in the country.

Bengaluru, on the other hand, is home to a number of new-age advertisers from ed-tech categories like Unacademy, and Byju's, who are spending between Rs 300-850 crores on ads. It is also home to brands like Ola, Myntra, Amazon, Samsung, Licious etc.

Therefore, the question that arises is whether the country even has an ‘advertising capital’ anymore. 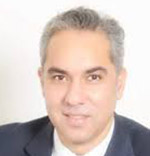 Asheesh Malhotra, Executive Director, Rediffusion, said today there is not one but three advertising capitals which are Delhi, Bengaluru and Mumbai. He said almost 80% of advertising revenues are coming from these three cities.

“Delhi and Mumbai would today be equal when it comes to revenue. However, in terms of the creative pool, I still feel Mumbai still attracts more talent. This is also because the film industry is in Mumbai. Bengaluru has really come of age and we have people who

improved a lot with people like PG Aditya - the IAA Creative Agency Leader of the Year.”

Kumar Awanish, Chief Growth Officer, Cheil India, said that there definitely is a shift and it is because of multiple reasons.

"There was a time back in 2005 to 2013 and even before probably when Mumbai was considered the elder brother of the advertising industry in terms of the size of billing/revenue. Over a period of time, this spot of being considered the advertising capital has shifted to Delhi and Bengaluru because of multiple reasons. Growing infrastructure, favourable cost of operation, availability of space etc. Gurugram and Bengaluru have become the hub for millenniums with Bengaluru being treated as the hub of start-ups, eComm, and IT. All of these factors have propelled newer agencies to establish their base in Delhi-NCR especially Gurugram and Bengaluru over Mumbai,” Awanish said.

“While, FMCG, BFSI sectors and many others are still contributing a significant amount of adex to the commercial city of the country, NCR and Bengaluru too have their own set of marquee brands like Samsung, LG, Oppo, Vivo, Maruti, Coke, Pepsi, Nestle, Amazon, Flipkart, IBM, Dell and others who are paving way for these cities to rise in the chart. Delhi is all set to surpass Mumbai from an adex contribution perspective, while Mumbai will remain the hub for content and production due to its proximity with Bollywood,” he explained.

Although Nitin Karkare, Vice-Chairman, FCB Ulka, said, “I'm not stuck on what is the advertising capital or not. I think as the business grows, more and more markets will open up and we should all be happy about that. Tomorrow if markets like Chennai or Calcutta start growing as advertising markets, it will be good for the industry. I think we should celebrate the fact that more markets are opening and there are more advertising opportunities in more markets.”

Jitender Dabas (Jeetu), COO of McCann WorldGroup India, stated that Mumbai definitely does not hold the weight needed for being the marketing epicentre of India anymore.

“There was a time when you had companies like Unilever, P&G and Colgate and most of the banks/financial service providers were based out of Mumbai and they had the largest share of the marketing spends. However, post 90s a lot of global FMCG marketers have made Gurugram their base, ranging from Coca-Cola/Pepsi/Nestle/Reckitt/Perfetti and the list is long. Add to that the telcos, consumer durables and auto companies that followed, and the most recent have been tech companies - from Google to Meta to so many start-ups and Unicorns like Zomato. So, I would say that maybe Gurugram is the new marketing capital of the country.”

“This shift of marketing weight has therefore had its impact on the revenue for creative agencies as well. For many of the top 10 agencies, their Delhi offices today contribute more than Mumbai to their revenue kitty. In fact, it's not even Delhi anymore, it is Gurugram where all the agencies have shifted to in the last 8-10 years. So, I could say Gurugram can possibly stake a claim to be the next advertising and marketing capital of India,” he explained. 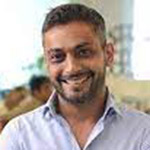 Amit Wadhwa, President, dentsu Creative, said, “I don’t believe that there is any advertising capital as the advertising agencies are built around clients. Delhi also has some of the biggest brands headquartered there. So, for us the biggest markets are Mumbai, followed by Delhi and then Bengaluru.”

On the other hand, Kapil Arora, Co-Chairman and CEO of 82.5 Communications, said, “Delhi is already larger than Mumbai when it comes to spends, it took over Bombay in 2018-19 and Bengaluru is a distant third. Despite Bengaluru's start-up culture, it will take some time to get there. However most traditional agencies are still headquartered in Mumbai and that has not changed much.”

Delhi/NCR or Mumbai who is generating most revenue for agencies?

According to leaders while Delhi has grown dramatically when it comes to adex, most of the top agencies that remain headquartered in Mumbai, earn the most revenue from the financial capital of the country.

“I am unlikely to service a Delhi client out of Mumbai, or a Mumbai client out of Delhi. Exceptions might be there, but by and large, that does not happen, hence for agencies in their own systems, the most revenue is generated from the cities they’re based in," explained Dabas.

“For us, most business is coming from Mumbai, followed by Delhi and Bengaluru,” Karkare of FCB said.

"Delhi is the fastest growing but not from a size perspective. That Mumbai is still leading,” explained Arora.

How is this shift affecting the industry?

Until a few years ago, the majority of talent in the advertising industry had to move to Mumbai to explore and grow their careers. However, as other markets are emerging, the situation is changing with even some of the top talent being based in these cities.

According to Jeetu, even though Gurugram is becoming the advertising mainland, it will take some time for the ‘creative culture’ to develop in the city. “The reason Mumbai was the advertising capital is that the film industry was based there.  Everyone who wanted to be a writer wanted to be in Mumbai. Now as our advertising landscape changes from being all about films to becoming more digital/social the talent for digital marketing is found more easily in Bengaluru or Gurugram because of the start-ups being in Delhi and Bengaluru.”

He added that the reason the advertising industry hasn’t flourished as a community in Gurugram is that it doesn’t have industry bodies based here and most of them are still predominantly Mumbai based. “Gurugram doesn’t have its advertising bodies and clubs yet. Most industry bodies are still being run by people based in Mumbai and no wonder that all the big events, celebrations and discussions end up happening in Mumbai. Gurugram needs its own advertising and marketing clubs and events for the sense of marketing/advertising community to thrive.”