While crypto players have started to associate with the T20 and IPL tournaments and are spending considerable amounts this year, they want to analyse the sports properties more closely in the coming quarters before going the full throttle. They explain what makes them consider cricket so strongly over other marquee properties

Over the years, brands and start-ups such as Byju's, WhiteHat Jr, upGrad, Acko, Dream 11, MPL and Cred have built massive brand awareness while scoring big with the sole power of the Indian Premier League (IPL), and cricket as a game overall.

Other than BFSI, ed-tech, and gaming platforms, crypto is the new entrant that is spending considerably to tie up with these properties due to their reach.

Owing to the fact that the sport has a massive following across the country, it is now becoming one of the most-effective properties to associate for the crypto brands.

CoinDCX has not only sponsored the inaugural ICC World Test Championship Final but several T20 cricket series, notably the India-Sri Lanka T20I series, as the official title sponsor. It is also the jersey sponsor for the Ireland cricket team.

CoinSwitch Kuber is an associate sponsor for IPL on Disney+ Hotstar and is on SonyLiv for cricket tournaments. Unocoin has set aside a budget of Rs 2 crore for these associations.

However, despite the high visibility and great brand recall across geographies, the players feel say the crypto market hasn’t fully grown to be consistently in front of consumers through these channels.

Sathvik Vishwanath, Co-Founder and CEO, Unocoin, said cricket is one of the most-watched sports in India. “Even though it’s not our national sport, the number of people who get involved in it and the exposure that a company can get being associated with these kinds of tournaments is humongous.”

So any organisation would want to get associated with cricket tournaments to showcase their brands in front of people, he said.

“Some crypto companies have tried doing this in the past and have been fairly successful as well. But, on the other side, while crypto is a growing market and a growing industry in India, we sometimes tend to believe it's not mature enough to be consistently in front of the consumers through these kind of channels. Maybe, this will be more feasible for advertisers and for companies after about two to four quarters,” he said.

The brand didn't associate with such tournaments in 2020. However, this time, its ad spend could be up to Rs 2 crore.

According to industry reports, crypto currency platforms will spend up to Rs 180 crore in advertising and marketing in FY22. Their ad insertions on digital saw a 12x increase from January to July compared to the same period last year.

Cricket in India is like a grand feast to the eyes and mind. While Indians cannot separate themselves from cricket as it's more than a sport and religion to them, crypto brands foresee a lot of potential in this game for the country's underserved crypto-assets market.

CoinDCX wants to strengthen its user base and the brand thinks that cricket, particularly the T20 format, provides a good synergy for the brand.

“Cricket is the right platform where we can reach out to millennial and Gen-Z audiences as they have expressed interest in crypto currency and are the most likely to invest in it. The cricket season attracts many viewers from around India, and we intend to reach out to new users through such a medium. Reaching out to India's young cricket fans would help us strategically position our brand for future growth,” Ramalingam Subramanian, Head of Brand, Marketing and Communications, CoinDCX, said. 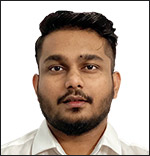 India is a cricket loving nation and with millions of people watching, Sharan Nair, Chief Business Officer, CoinSwitch Kuber, cannot think of better platforms than these to connect with its target group.

It has partnered with Disney+ Hotstar and SonyLiv for cricket tournaments and has a 360-degree marketing approach to get maximum visibility for itself.

“Properties such as IPL and sports tournaments are the best mediums to initiate conversations about crypto currency as they precisely match our target investors, which are upwardly mobile, young and tech-savvy Indians,” he added.

Its latest campaign around IPL:

Conceptualised by The Script Room, the campaign aims to create a positive awareness around Bitcoin, while positioning itself as a premier crypto trading platform and a thought leader in the category. In addition to partnership with Disney+ Hotstar for the upcoming cricket series, it has collaborated with Amazon Prime Video and SonyLiv too. Since the last IPL campaign, CoinSwitch Kuber has seen a surge in registrations.

“In the coming months, you can expect a lot more movement on this front. We are planning to reach potential investors via emerging OTT platforms,” Nair said.

On the other hand, Unocoin tends to invest in the advertisements, which it calls L band ads, when it comes to sports.

“These ads show up during various time segments on sports channels or news channels. This is one of the first steps to showcase our product. The idea is more about creating a brand so that it stays in the mind of consumers. We are yet to and we will eventually reap the benefits of this kind of brand recognition and recall over some time. We would consider even a 50% of instant gratification as a good ROI, followed by long-term effects of brand recall among the common people,” he said.

Not only cricket, crypto brands are equally eyeing other marquee properties, including BiggBoss.

“We are open to partnerships with marquee brands that share our perception. We've always looked for ways to coax and educate new investors through our marketing initiative from whichever medium is suitable for it,” Subramanian said.

But Vishwanath believes that there are only a limited amount of high-priced and high-visibility opportunities that are available for the crypto brand when it comes to keeping it online or associated with cricket as a sport.

“Given this context and given the demographics of people who get into it, cricket is a very vast band that could go from the age of 10 to 75 years. The visibility through this kind of vast demographic segment is not so easily available through other properties in advertising and that makes us consider it very strongly,” he said.