Though there’s no title sponsor in sight for the Indian Premier League, Star India has increased the 10-second spot rates by over 30% over last year, according to industry sources. Several new-age brands are lining up for bulk ad deals 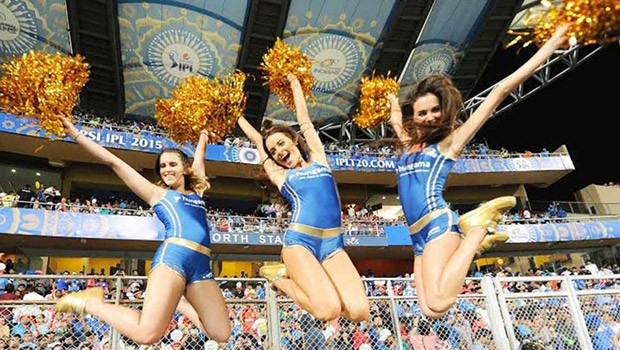 There’s no slowdown in India when it comes to cricket. And that’s why the 10-second ad spots for the upcoming Indian Premier League (IPL), likely to be the biggest TV event of this year, is being sold at a premium by Star India as advertisers line up to bag bulk deals.

According to industry sources, a 10-second slot is being priced at Rs 12 lakh by Star India. Last year, the same slot was sold between Rs 8 lakh and Rs 10 lakh by the broadcaster.

The tournament will be played in the UAE this year between September 19 and November 10. Though the spot rates are high, the BCCI is yet to zero in on the title sponsor for the tournament. According to several reports, the Cricket Board is offering high discounts for the title sponsorship, which was earlier sold to Vivo for Rs 440 crore a year. Last week, the Chinese-owned Vivo and BCCI decided to part ways for the current season in the backdrop of the border tensions between India and China.

Also read: Negotiating an IPL sponsorship deal with Star India? Here’s how you can make the most

However, there’s a strong likelihood that the smartphone brand would still advertise during the tourney and pick up a big chunk of ad spots.

To buy ad spots for different brands, media planners have already started discussions around closing the deals. The rates for knockout matches will be disclosed mid-tournament. According to Sujata Dwibedy, Group Trading Director, Amplifi, Dentsu Aegis Network India, the rates depend on demand and supply, so it would be close to their last offer. She said discussions around the deals for this season have started, but nothing has been closed yet.

She said the IPL is being held around the festive season, and hence it’s a good time for advertisers to come on board to associate and explore options with the tournament.

“Yes, there's a possibility that newer advertisers may enter this year because previously IPL was held in the summers, which is not preferred by some. Also, the beginning of a financial year was a limitation for some. However, because it's a festive season, categories that are anyways active around this time of the year, those that have been lying low during the pandemic and brands that prefer to associate with IPL might contemplate association.

“Indians are sentimental about cricket and especially the IPL. It’s great that it is finally happening, I'm sure it will bring in some momentum,” she said.

"India is a country of cricket and Bollywood, any affirmation in these two fronts will have a positive impact on the people. Moreover, IPL should uplift the mood of the masses and they might believe that normalcy is coming back," she added.

Dwibedy said since people are working from home and consuming huge amounts of content already, chances are that viewership will be good. Above all, with an absence of live sports content, sports enthusiasts are waiting for the tournament eagerly.

Gautam Surath, Senior Vice-President, Starcom, said, “The rates are sticking to what they were before the tournament was called off for April, nothing much changed there. However, it's too early as it depends on how many brands jump on to the bandwagon.”

He said this season might be more muted compared to previous editions. He said many categories that were earlier associated with the game might not be active as they were hit during the pandemic or because of supply chain issues.

“Primarily e-commerce players whose business has returned are in a good position to get on board. Finance and grocery players are also interested. Brands like Ola and Uber that would have associated earlier are not keen because their businesses were badly hurt, including names like Make My Trip. Gaming companies like Dream 11 are also interested. However, the soft drink category that is usually associated with IPL, because it is usually held in peak summer, would be absent this time.”

“The value of spending is looking low and so Star India might have a tough time. Because the categories that are the bread and butter are missing,” he added.

According to Mohit Joshi, Managing Director-India, Havas Media Group, along with the regular categories, we could also see a lot of FMCG brands. “We should not compare this IPL to last year. This is a very special year. All brands are rebooting their marketing spends. However, IPL has come at an opportune moment and it will help a number of brands with impactful visibility,” he added.

People are eager for a live sporting event after they were deprived of live sports for nearly four months due to Covid-19. According to Star Sports records, 4 million mentions of the tournament have been recorded on social media since March 10 to July 22, 2020. 92% of people watch the matches across India. It is broadcast in eight languages and grown 65% in southern India. Experts say since the matches are starting early, they will get an even higher viewership.