Uncertainty still looms large over IPL, where will brands go?

With more and more coronavirus cases coming to light every day and big-ticket events being postponed or cancelled across the country, brands have gone back to the drawing board to reallocate marketing spends. Experts say the Indian Premier League’s postponement may push brands to look at news channels and GECs 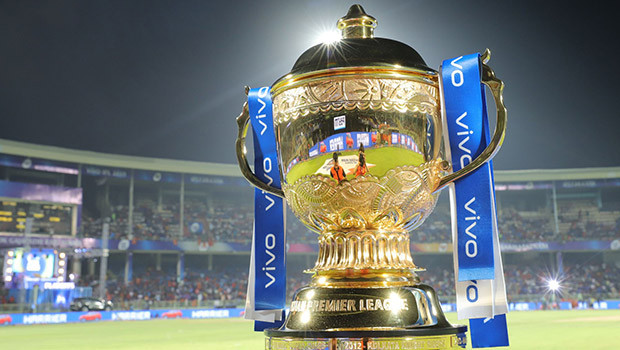 When the government and BCCI were debating the fate of the India Premier League (IPL) and a decision was about to be announced on Friday, March 13, Manu Kumar Jain, Vice-President, Xiaomi and Managing Director, Xiaomi India, took to Twitter to express his anguish over discussions on whether IPL should be held or not and urged companies to invest in CSR.

#IPL: am surprised that we are even debating whether to organize it or not?#CoronaVirus is a pandemic: we are shutting schools/offices, but still planning events with 40-50K in stadium.

Wondering what is more important - money? Or millions of lives?#India First! #Covid_19

My request to all companies planning to spend marketing money in #IPL:

Use this money for CSR instead - donate masks, soaps, hand sanitizers & medical equipments.

A few hours later, BCCI suspended IPL till April 15. But the uncertainty over whether the event will be held at all this year or not has sent all brands that had lined up a mega advertising blitzkrieg for the event to the drawing board.

According to rough estimates, more than Rs 4,000 crore was to be spent by brands on TV advertising around IPL.

Even as brands opt for CSR activities, they have to run their businesses and continue marketing via various mediums.

A few brands are considering reallocating some of that budget to other genres such as news and general entertainment channels (GECs) and even OTT platforms.

According to Anand Bhadkamkar, CEO, Dentsu Aegis Network India, “Definitely, there will be an impact on revenue. BCCI, Star and everyone involved are trying to see how the impact can be minimised.”

“Brands will have to plough that investment back into some media depending on their needs. If it is a short-term need then they can go to TV and do sponsorships and things like that. For the long term, they will have to come up with a completely new media strategy,” a leading broadcaster said.

As countries across the world struggle to contain the outbreak of coronavirus (Covid 19), there has been a temporary curb on big-ticket events. Cinema halls, schools and offices are being shut in all big cities of India and people are being advised to stay at home and maintain social distancing.

And with the public avoiding unnecessary outing, there has already been a spike in the viewership of news, GECs and movie channels.

According to a leading news broadcaster, the viewership of Hindi news increased in the last seven weeks. “If you look at week 8 and week 9, the average weekly reach of Hindi news has gone to about 242 million, which earlier was 232 million for the last seven weeks. The market share used to be earlier of 2% and now the share has gone up to 3.8%. Total viewing point has also increased,” he said.

Star India, which spent over Rs 16,000 crore for the five-year broadcast deal of IPL, is set to make losses this year if the coronavirus outbreak isn’t controlled in time.

Star India was aiming to rake in Rs 3,300 crore as revenue from the tournament. It was earlier reported that the network had already sold 75% of its inventory months before the tournament.

The broadcaster has locked around 12 sponsors, which included brands such as Phone Pe, Coca Cola and Ceat along with a number of associate sponsors. According to a Duff and Phelps report, the Indian Premier League value increased by 13. 5% in 2019. The reach of the tournament was up by 12% in comparison to 2018.

“Each brand associated will need to rethink their strategy because of the change in the format. Star’s focus currently will obviously be to bridge this gap between the brands and the fresh format. The focus now is on what is prudent,” Dentsu’s Bhadkamkar said.

“OTT platforms and whatever else you consume online might see an uptick. The driving force here will be to observe how core businesses now look at each event or on-ground activity that they have invested in and which ones will come to a standstill. Monies from these events will definitely shift elsewhere but to where yet remain undecided as most events are being postponed and not cancelled. The viewership of OTT platforms is also expected to see an uptick," he added.

While the overall brand revenues are also bound to get affected, it is equally important to look at how the situation can be controlled.