Clash of Bigg Boss and IPL won’t affect each other much, say industry experts

Bigg Boss and IPL are the two big-impact properties on Indian television. While Bigg Boss delivered exceptional TRPs last season, the absence of live sports has made IPL an irresistible event this time. BestMediaInfo.com analyses what the clash of the two properties means for brands and Star India and Viacom18

India loves cricket and entertainment and the two television properties that serve the great Indian appetite for these two segments are Bigg Boss and IPL.

Both the properties have become calendar events for the audience as well as the advertisers. IPL (telecast on Star India channels) usually happens between April-May during summers and Bigg Boss (on Colors) takes up the September-December period. This time, the Covid-19 situation has led to a clash of the two properties.

Despite the clash, industry leaders suggest only a small impact on both properties. According to Mahesh Shetty, Head, Network Sales, Viacom18, it is not much of a clash. “From a viewership point of view, Bigg Boss is a 106-day property and IPL starts from September 19 and ends on November 8. If you see the clash is only for 37 days and in those 37 days, Bigg Boss starts at 10:30 pm whereas IPL starts at 7:30 pm. The match is over by 10:30 pm. There is no real clash,” he said.

“The only clash is on weekends when Bigg Boss starts at 9 pm and that makes it four weekends or eight days. Now, eight days from a 106-day property is very minimal. As far as advertisers' wallets are concerned, they have a choice whether it is Bigg Boss or IPL or both.  Both are big impact properties but the ticket size is very different. Bigg Boss gets more male and female skewers in the range that is 53% females and 40% males but IPL largely is a male property. When brands want to talk across genders, Bigg Boss becomes a better bet. Yes, there is a clash and there will be some effects but I think the market is big enough to accommodate both the properties,” he added. 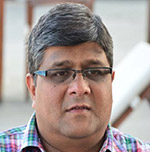 According to H. Vishwanath, Managing Partner, MediaCom, consumers have a choice of watching Bigg Boss as well as IPL on television and on digital. He said as IPL matches are fan-driven, there might be some impact but the loyal audience of Bigg Boss will continue to watch it. “Yes, there will be some impact on Bigg Boss viewership, but people who are loyal viewers of the show like the younger audience will find a way to watch Bigg Boss either on TV or on Voot.”

As the IPL matches are behind a paywall, Vishwanath thinks it will get a more qualified audience on board.

According to Tanmay Priyadarshi Mohanty, Group CEO, Zenith, and Performics. Resultrix India, there are chances of male viewership increasing for Bigg Boss. “Initial forecasts show that when husband and wife both are at home and husbands cannot go out to watch the matches, it will get impacted somewhere. But the repeat telecasts won’t be impacted,” he said.

“This time there will be more male skew considering there is no other option than watching it,” he added, indicating that the target audience for both the properties might be similar. 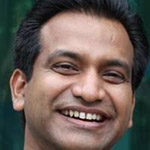 According to Uday Mohan, Managing Partner, North & West India, Havas Media Group, this year is very different as a lot of factors have changed. He said historically, it is observed that during IPL (which was always scheduled in April-May), the viewership of GECs was impacted by about 15-20%.

He says IPL would definitely have an impact on other programmes’ viewership but the impact won’t be as high as that. This year is very different and the same kind of impact cannot be expected.

“Owing to the pandemic, the overall TV viewership has increased compared to last year, which will mitigate some of the loss in viewership. Most of India, approximately 80%, is still a single TV household. People have the option of watching IPL at the same time on a different platform (Disney+Hotstar), which is not the case for Bigg Boss as the latest episode is uploaded on Voot only a day later. So the fans wouldn’t want to miss the latest episode on TV at the time of the broadcast. Bigg Boss is an appointment viewing programme and more so during the weekend episodes because of Salman Khan. The weekend episodes are usually high on drama and controversies. Mix that with Salman Khan’s huge fan following, it is sure to have a positive impact on its viewership. Finally, it will be a function of which teams are playing IPL matches over the weekend,” he explained.

This year, Voot Select viewers can stream Bigg Boss episodes before TV and ad-free at Rs 99/month and a special introductory price of Rs 499/year.

He said that Bigg Boss has 24% more female viewership than male, which is about 20% lower for IPL. This along with the other factors will contribute to not having a huge significant impact on Bigg Boss’ viewership.

Kishan Kumar, MS, Chief Growth Officer and South, Head, Wavemaker India, says Bigg Boss viewership might be impacted as one can expect cricket matches to prolong. “A 7:30 match can probably go on till 11:30, with a lot of teams looking strong this season. So, from that point of view, there could be an impact. Having said that, there are loyal audiences for both and so it will be interesting to see that. Some might prefer to watch only the highlights of the match. It depends on how interesting Bigg Boss is this season.”

What does the clash mean for advertisers?

With two big properties clashing and more so during the festive season, experts suggest that there is enough demand in the market to accommodate both the properties. While IPL ensures inventory space, Bigg Boss also offers brand integration in content. Bigg Boss is also a single channel property, while IPL is telecast on multiple channels across the country.

According to Shetty, while IPL has a pan-India reach, Bigg Boss is mainly HSM-driven.

“We should also see that the kind of integration you get on Bigg Boss, you can't compare it to IPL. You get only inventory there, the value of brand integrations and Salman Khan going on stage and talking about the brand is very different. While playing a match, a cricketer can’t hold a product and talk about it. So there is no comparison.”

“There is no property like Bigg Boss for brand engagement and integration. As far as IPL goes, it has a pan-India reach. If you’re looking for a pan-India property, IPL is a good bet but again the ticket size is very different. If you don’t have a wallet for IPL kind of property, then standing out in IPL is difficult, you can be a part of Bigg Boss, which has a relatively lower value,” he added.

According to Vishwanath, there is a market for both and as they are coming during the festive period, they have enough advertisers. “There are people who are betting on both the properties and it’s not like IPL is getting advertisers and Bigg Boss isn’t. There will be a market for KBC as well,” he said.

He said as IPL ends in November, brands have a chance of leveraging the 140 remaining days with Bigg Boss.

Do brands get more value?

According to Shetty, the brands associated with Bigg Boss receive 5-6X the value of what they have invested as there is a value assigned to not only the inventory but also for the integrations and brand visibility that you get. Citing an example of CP Plus that partnered with them earlier, he said despite it being a minimal involvement category, their line ‘Upar wala sab dekh raha hai’ grabbed the attention of consumers and helped them grow.

Brands choose properties based on their objective and target audience. However, according to Mohan, “IPL has a pan-India reach, cutting across geographies and demographics. With the presence of regional channels in the mix, IPL can reach a wide variety of audiences at once. Instead of having multiple programmes in the media mix to reach audiences in different markets, advertisers can have only IPL in their plan and be rest assured about the reach.”

“Although the affinity of GEC shows is better, the viewership of IPL in female audiences is more than double that of Bigg Boss. This will hold true for most of the other GEC impact shows like KBC, Indian Idol, Dance+, etc. So for most of the brands, when they associate with IPL, they don’t have to worry about reaching their female audiences through other programmes, which are not the same the other way around,” he said.

Kumar believes that both the properties have delivered great returns on investments and it's never been low. He says apart from having Bigg Boss or IPL as an opportunity, how the brand utilises them is also important. “Some brands perform better because there’s a creative thought that lends itself there,” he added.

“It depends a lot on the combined integrations, even being present passively for FMCG brands work well for them compared to an IPL where you don’t have that kind of a window. For an auto category, being present on-ground is important, which is not possible in Bigg Boss house but for appliances it is seamless,” said Kumar.

He says brands like Appy Fizz, Vodafone, and Garnier are great examples of associating with Bigg Boss. He said apart from the Hindi Bigg Boss, the regional versions of the show deliver great returns.

According to Mohanty, FMCG brands leverage greater by associating with Bigg Boss. “It is clearly defined that women remember the properties when they see it in prime time. Instead of taking spots, we found that for Dabur, a big property like Bigg Boss works very well from an ROI point of view.  The focus on impact properties is going to stay for some time,” he added.

He further said the decisions depend on the brand’s focus. “A brand like Nestle is automatically looking for a younger audience and a brand like Hero will look at sports because that's where the TG sits. So it depends on where the brands want to play.”

Not only Bigg Boss and IPL but other big shows are also returning. In such a scenario, how will brands pick the right mix for them? According to Mohan, earlier brands were compelled to choose IPL as it wasn’t clashing with any other property. However, with Bigg Boss and KBC also returning, brands have a wider variety to choose from.

“IPL this year is expected to have an increased viewership as it would be a major live sporting event with Indian players coming together after almost seven months. This is sure to pique brands’ interest to associate with IPL. However, with 17 sponsors on board and almost 75-80% of the inventory sold, there is hardly anything left for brands to take on IPL. This will then help the brands to choose from other shows available to associate as many brands would definitely look to advertise during the festive season,” he said.

Tags: Clash of Bigg Boss IPL
More from this section