International Advertising Association (IAA) India Chapter presented 10th edition of Olive Crown Awards celebrating excellence in communicating sustainability. This first-ever award for “green advertising” took on the aura of a "cause" with corporates realising the importance of differentiating themselves on the “green platform” in an increasingly competitive environment.

Punit Goenka, President, International Advertising Association (IAA) - India Chapter and MD & CEO, Zee Entertainment Enterprises, said, “We at IAA are extremely proud of Olive Crown Awards as an initiative. The overwhelming response received from the industry speaks a lot about the need of such initiatives in today's era. Apart from being the pioneer in recognizing creative excellence in sustainability, Olive Crown Awards as a property has also led to a mindset change in the approach taken by the marketers and advertising agencies while crafting strategic communication campaigns. I am very glad to note that this initiative has touched the 10 year milestone. I am very proud of the entire team at IAA, for their immense amount of energy and time invested in building this initiative and all the key initiatives which bring about a positive change for the industry and the society at large.”

Megha Tata, Chairperson IAA Olive Crown Awards, said, “Today we celebrate a decade of communicating sustainability, a decade where we have brought sustainability to the forefront and on the agenda of both Marketers and Agencies alike. We have seen the conversation shift from doing something green to campaigns and brands vested in sustainability. We have seen this shift and are happy to have identified and led the way to acknowledge these initiatives. We have shown that we are not just custodians of our respective Brands but Custodians of Brand Earth.”

In the Corporate Crusader of the Year category Reliance Foundation won the Gold and The Mathrubhumi Printing & Publishing Company Ltd., the Silver. The two NGO’S - People For Animals Wildlife Hospital & Rescue Centre and Chirag Rural Development Foundation shared the Gold for their contribution to environment sustainability. Carbon Craft Design and Air Link won the New Age Green Initiative Gold and Silver respectively. Earth Edition Drives drive away with the Digital Gold and FCB Interface with the Green Campaign of the Year-Gold. 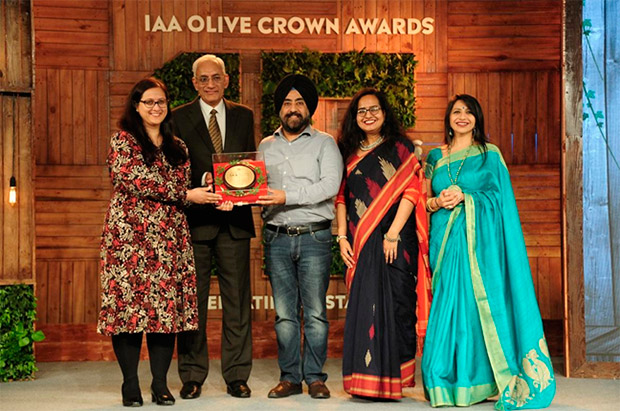 Corporate Crusader of the Year - Gold goes to Reliance Foundation 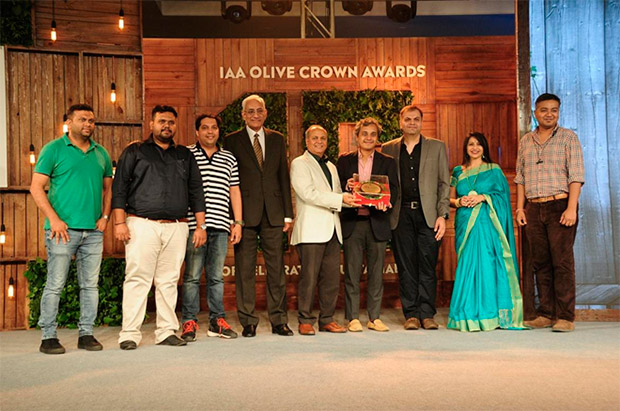 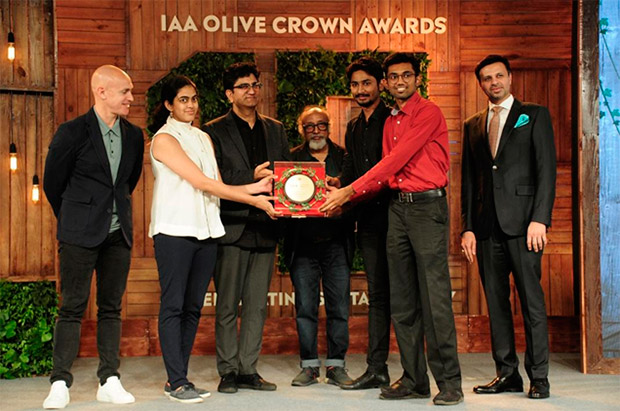 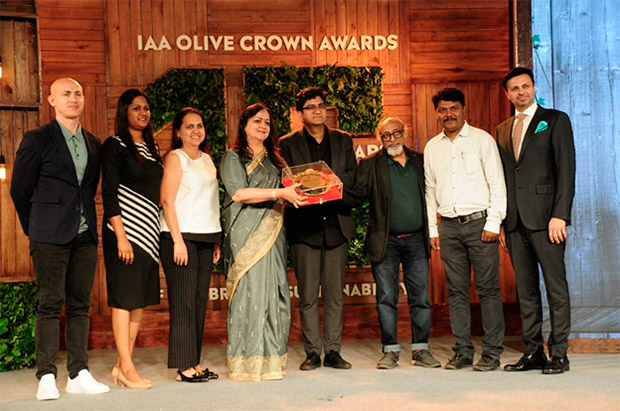 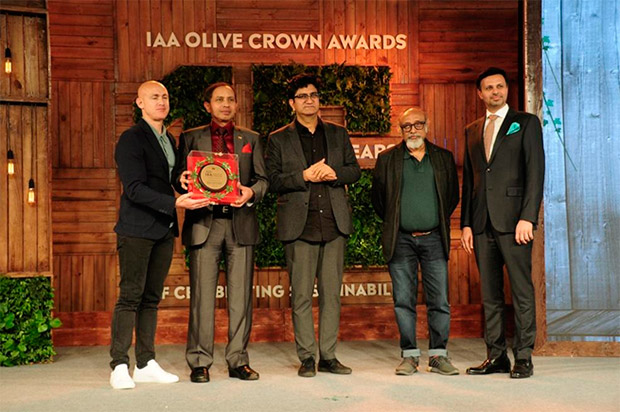 Andy Puddicombe, a meditation and mindfulness expert, urged the audience to

take five minutes out of the day and prioritize the mind.

Kaushik Roy, Past President IAA, expressed pride of being President IAA during the conceptualization of the Olive Crown Awards, fondly mentioned that if IAA Olive Crown was a tree it would be big today.

Prasoon Joshi, Chairman of the Central Board of Film Certification and CEO of McCann World group India, reminded us of the fact that while it is a great initiative we must imbibe and live by the values. He recited a poem he had written on Water.