According to Vats, India will be a hybrid model like neighbouring China when it comes to online video content consumption

“India will go the China way and what I mean by that is it will be a hybrid market. If you go back to 2011, China had about 200-300 million net users and that number rapidly climbed up. In about 4-5 years the number rose to 700-800 million. Currently, they have about 800 million internet video users but at the same time they have about 15% (and that number is growing rapidly) behind-paywall users and that is a pretty large number. So, if I was to talk about India five years from now, I see India having about 750-800 million internet video users and I think about 10-15% of those will be behind paywall,” said Vats.

Voot, Viacom18’s video-on-demand platform, is currently following the advertising-led video-on-demand model but the platform has plans to adopt the freemium model in the country in the near future.

The platform, however, is planning to launch its international distribution starting with the UK market from November 2018 and all the content in that market will be behind a paywall. To begin with, the platform will partner with a teleco in the UK and eventually will also be available on app store.

On why the brand chose to start their digital foray with UK and the reason behind partnering with a teleco in that country, Vats said, “As far as the choice of the market is concerned, we wanted to go to a diaspora market but a market that had a relatively good representation of India. UK is also a market where we could test out the appeal of Indian content with a population outside of our own diaspora.”

“In the initial stages, it is important for us to find partners wherever we can and go with the partners because if you are at the behind-paywall model, there are two important cost components one has to be careful about. One is the acquisition cost and the other is marketing cost. Even under marketing, firstly, it is creating awareness about the platform and then the marketing of the content on the platform. So, at this juncture in our journey, as we try and test the waters in international markets, our thinking is that going with a teleco partner will be a good thing. But we will follow this up with the availability of our product on the app store,” added Vats.

In India, however, the platform will continue its partnership with Jio.

“The inherent synergies with Reliance Jio, both as a platform for showcasing content and as a carrier of our service, have only dialled up the business roadmap for Voot,” said Vats.

Voot has announced the launch of 18 new originals. The 18 multi-lingual web series will cut across genres and the platform has joined hands with digital ventures, regional entertainment and Viacom18 Motion Pictures to create these offerings.

Viacom18 Motion Pictures, the network’s movie studio, will now produce web-series for Voot under the banner of Tipping Point Films. The Regional Broadcast Entertainment cluster of Viacom18 will produce multi-lingual Voot originals. The platform will also add news to its content offering with the addition of TV18 news. The inclusion of TV18 news will mean 16 live channels across 13 languages on the platform now.

When it comes to advertising, Vats said the ad revenues of the platform have been, roughly, more than doubling every year. While about 77% of advertising revenues still come in from Hindi for the platform, Vats agreed that there is advertiser interest for regional content too.

Voot will also strengthen its engagement and user interactivity experience with superior technology adoption and innovation. Adding to the user search experience and facilitating easy discoverability will be the adoption of Google Watch Action, an industry first in APAC for premium OTT players. Voot’s future ready platform will also enhance the content experience with the introduction of Dolby Surround Sound for all Voot Originals, a first amongst Indian OTT Players. 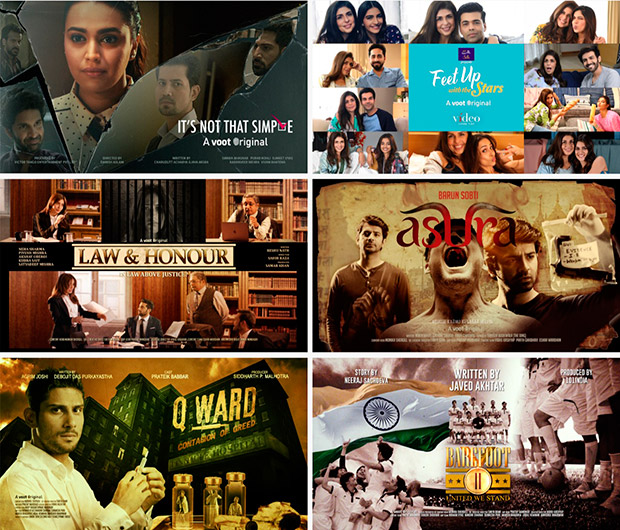