Sukhpreet Singh, Corporate Head, Marketing, DishTV and Watcho, said that Watcho is working towards bringing a lot of global content dubbed in Hindi and other Indian languages 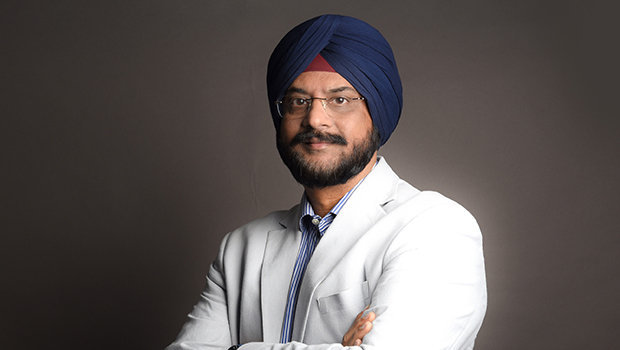 In an exclusive conversation with BestMediaInfo.com, Sukhpreet Singh, Corporate Head, Marketing, DishTV and Watcho, shed light on why Watcho decided to become a complete 360-degree streaming entertainment solution for its subscribers. He also highlighted the problems of reach faced by the subscription-based OTT platforms in India.

The idea behind providing bundled packages of OTT platforms

"The differentiator with Watcho was that it always had snackable content and it was not just a passive medium of consumption but also had features where you could showcase your talent and upload your own videos. So, it was always a multi-dimensional OTT app.  The new feature we have added a few months ago is OTT aggregation and the logic behind that is that Dish TV India has always been in the content distribution business," Singh stated.

"We have been distributing content for many years now and with this step, we are also now distributing OTT or streaming content. It's the logical extension of what we have been doing and it's our core competence to be an aggregator and a distributor," he added.

According to Singh, this journey has been fairly exciting as well as path-breaking.

"DishTV started as the first DTH company in India. We always say that DishTV changed the way India watched TV. So, from there we have come a long way where a lot of quality TV homes in India are mostly on DTH and DishTV has a big share of that market. We were one of the first ones to launch live TV or OTT with something called Dish Online and from there we launched Watcho and now it has stepped into OTT aggregation," he added.

What sets Watcho apart from its competitors?

"I think there is no other platform that provides complete 360-degree streaming entertainment and that is what differentiates us. If you look at the competition then there are various platforms that offer either one or two of these things but none of them offer a complete 360-degree OTT entertainment solution and right now we don't see someone as complete as Watcho," he added.

Growth of the OTT aggregation market in India

In Singh's view, it is relatively a newer concept and it will be too early to say something about its growth. However, he pointed out a few key focus areas.

"OTT is consumed all across India so, people are using free streaming content on their mobile phones whether in cities or villages. However, paid OTT subscriptions are still limited because it involves a certain amount of expenditure per month and it involves digital payments," Singh stated.

Plans being offered by Watcho

Watcho offers multiple plans and it starts with Watcho Exclusive plan, providing only Watcho's original content, for non-Dish/D2H customers and it starts from Rs 39 per month followed by other options, Singh said.

He went on to state that Dish/D2H customers get a benefit and the plan for them starts at Rs 29 per month.

"Apart from our own content, if you want content from other OTT platforms like Hotstar, Zee5, or Sony too then we provide other various bundled packs which start from Rs 49 per month, upto Rs 299 per month, and then there are annual versions of these," Singh stated.

Steps towards increasing customer base

"The Watcho aggregated content is a very new offering, so we are still in the launch phase and we have launched it in a very high-profile manner. We are present virtually across all media outlets so we are using both targeted, digital marketing as well as marketing on mass media like TV also and there are a lot of micro-marketing initiatives that are taking place," Singh said.

Furthermore, he stated, "We also have our own base to leverage, we have over 20 million households in which Dish TV and D2H are already present. We are using our own media and outside media as well and banking very heavily on innovative and targeted digital campaigns."

Key growth areas for Watcho in 2023

According to Singh, the biggest growth area for Watcho is the aggregated offerings. Apart from this, another driver for growth for the OTT platform is to be the one-stop platform for all kinds of needs as far as streaming entertainment is concerned.

Furthermore, he pointed out, "If you look at people who are offering aggregated OTT bundles, none of them have a complete solution as Watcho does. That's why we call it 'Watcho One Hai Toh Done Hai' because whether you want exclusive content or other OTT subscription or live TV or UGC or reels kind of feature, everything is available on one platform."

OTT providers who have integrated with Watcho so far

In view of Singh, when it comes to OTT aggregation then people want access to the popular apps to which they are glued and Watcho has onboarded around 11 of them.

"So far we have integrated virtually all the popular OTT apps in India like Hotstar, Zee5 and SonyLiv, we also have regional OTT platforms like Hoichoi and Click - which are Bengali OTT apps - we also have Chaupal OTT app which is very popular across Punjab and Haryana and in the Hindi-speaking belt as well," Singh added.

Major challenges being faced by Watcho

Singh highlighted that challenges and opportunities go hand in hand. The opportunity right now is that the OTT aggregation itself is a relatively new concept so people have to be told what its benefits are versus buying and managing their subscriptions individually.

"So, the ease of managing multiple subscriptions under a single platform, and of course, the savings which go with buying an aggregated bundle versus individual apps needs to be explained to people. We are focusing on the whole challenge and the opportunity of providing a seamless experience to the subscribers," he added.

Steps towards bringing more regional content to the OTT platform

"Most of the subscribers in India are multilingual, so, all of us speak and understand at least two languages or more. Our attempt is to get more and more regional OTT platforms on board," Singh said.

He also went on to state, "We don't want to get anybody and everybody and we are working on getting those apps and platforms on board which have very good content and which also have plans to get quality content. You will keep hearing news of newer platforms getting integrated within Watcho."

"One new thing that we have been doing for the past few months is to get a lot of international content which is dubbed in Indian languages and we have started with Hindi language but we are thinking of also seeing that in how many Indian languages can reach out to," Singh said.

He added, "We had dubbed Korean content in Hindi. Now we have other international content from different countries also being dubbed in Hindi and I think that's another unique thing happening on Watcho since it's a hub of streaming content. We would like to bring a lot of global content dubbed in Hindi and other Indian languages and we are working towards it very aggressively."