High inflation and slowing growth are not going to deter brands from spending big on reality shows in the upcoming festive season. BestMediaInfo.com finds out how much brands want to invest in the reality TV genre 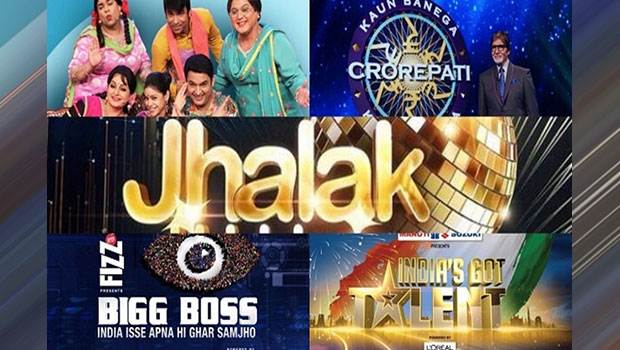 With a slew of reality shows lined up across channels during the upcoming festive season, brands will spend big bucks on the genre, resulting in a steep rise in advertising rates.

He said, "Year-on-year, we have delivered immense value to brands who have associated with us and we are looking forward to presenting a festive extravaganza this year as well."

During the festive season, most of the brands get active and there is a lot of money earmarked for advertising as the expectation of conversions are very high, as per Anita Nayyar, COO-Media and Communications, Patanjali Ayurveda. The brand advertises actively on Indian Idol, among other shows.

She added, “Reality shows are impact properties so almost all the brands ride on them for brand visibility. With the introduction of the TV channel’s digital assets, there is a lot more audience participation and interaction on these shows. As a result, the impact of reality shows is higher than the regular programming.”

Ashish Sehgal, Chief Growth Officer, ZEEL, said that non-fiction or reality television shows encourage audience and brand interaction. Since TV is a one-way medium, where broadcasters can only play audio and video but not communicate with the audience, reality shows give brands a chance to integrate with the show and its content.

Moreover, fiction shows have a core audience base on a daily basis, but non-fiction also attracts new and light viewers of TV and this helps brands catch new consumers for advertising.

According to Snehil Gautam, Chief Growth & Marketing, Housing.com, reality shows are unmistakably highly lucrative for any brand seeking audience attention if one sees the sheer number of eyeballs they grab. 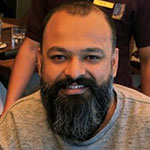 Inflation is taking a serious beating on consumer sentiments. However, festive is an absolute steroid for the market, said Shekhar Banerjee, Chief Client Officer and Office Head – Wavemaker India.

He added that one should also remember that this festive season is coinciding with the T20 Cricket World Cup, apart from the reality shows. Therefore, between TV and digital, one will see strong demand for ad inventory in this period.

Manisha Sharma, Chief Content Officer, Hindi Mass Entertainment, Viacom18 said they have balanced the offerings between the two during prime time hours. " I believe that we have managed to achieve a balance between our fiction and non-fiction shows with both of them successfully working in tandem and thus making Colors one of the leading Hindi Entertainment Channels since its launch."

She added that to make successful reality content, there are some factors to keep in mind. "Non-fiction shows are aired for a finite time, therefore it is essential to focus on getting out the real-life stories of the talent, so that viewers instantly connect with them. There must be a special emphasis on casting the right mix of contestants to generate excitement and intrigue."

Advertising cost to shoot up

Getting a spot during a reality show is a lot more expensive than regular TV serials due to their huge popularity, say experts.

Speaking of whether channels charge a premium on reality shows over their regular programming, Gautam highlighted that due to their huge popularity, getting a spot during a reality show is a lot more expensive than TV serials. Therefore, a 10-second advertising spot on a top-rated reality show sells for double the cost of a similar spot on a soap opera.

As per Sehgal, reality shows get a premium of almost 100% as compared to other fiction shows.

Sometimes premium for non-fiction shows goes up to 100-200% depending upon the impact of the shows.

Citing an example, Sehgal said that shows like Big Boss demand almost three times the rate as compared to regular fiction shows. “Around 20% to 30% of revenue comes from the non-fiction shows on TV,” he added.

According to Nayyar, the impact properties always come at a premium rate as compared to regular programming shows.

Reality shows come at a high CPRP rate and brands charge premium accordingly, depending on the formats, reach and engagement on the channel.

From a brand's perspective, reality shows help brands get more eyeballs of potential consumers by significantly reaching the target audiences, by making a brand presence and reminding the audience that the brand exists, through the usage of promo tags, bumpers and logo presence.

Nayyar explained that when a brand sponsors a show, its name or logo is displayed on the programme more frequently.

With the promotion of the shows, the visibility of the brands increases too, hence, this is the reason why sponsorships on reality shows are preferred by brands.

On the other hand, sponsorships imply an ongoing partnership between a brand and a platform, according to Gautam.

This results in a specific set of relevant audiences getting to see you regularly, increasing the recall value. Sponsored advertising can be highly effective if one’s business value aligns with the events they choose to work with, he further noted.

However, Sharma of Viacom18 highlighted that with Naagin 6 and Khatron Ke Khiladi 12, the channel is currently the #1 destination for weekend viewership; with the launch of Jhalak Dikhhla Jaa and Bigg Boss later, they only look to boost their dominance in the category.

Reality shows lined up for the upcoming festive season

A plethora of new reality shows are lined up by channels across genres. They are all geared up to celebrate the festive occasion by offering the most entertaining content possible for their target audience.

Starting with Zee, last month it launched ‘Sare Ga Ma Pa’ on its Bangla, Telugu and Kannada regional channels, and it is also going to be launched in Tamil as well. On the other hand, Sony Entertainment Television will begin airing ‘Indian Idol - Season 13’ on September 10.

Popular reality shows like ‘Khatron Ke Khiladi’, and ‘Jhalak Dikhhla Jaa’ are already airing on Colors, while ‘Bigg Boss 16’ is lined up for launch in October. Similarly, ‘Bigg Boss Marathi’ and ‘Bigg Boss Kannada’ are going to be aired around the end of September or early October on the Colors regional channels this festive season.

Talking about the expectations from Jhalak Dikhhla Jaa this year, Sharma said that the channel is bringing back the show after a gap of five years. It must be noted that Sony TV used to initially air the show. However, Colors bought the rights in 2012 and had been airing it since.

According to Sharma, while five years is a big gap, the show has always had its audience. "This is one of the most successful entertainment formats on Indian television and we are relishing our long-lasting relationship with BBC Worldwide Productions and look forward to many more such successful associations with them.”

On the other hand, Star has some interesting reality shows coming up, Star Plus has Ravivaar with Star Parivaar which has delighted audiences since its launch and the response has been overwhelming as per Vaz.

Apart from these, MTV India has launched season 2 of the rap reality television show ‘MTV Hustle’. The show started on September 3, and it airs every Saturday and Sunday, at 7 pm. It features rapper Badshah as the judge, with other Indian rap trendsetters EPR, King, Dino James and Dee MC as Squad Bosses.