In an interaction with BestMediaInfo.com, Manja’s Founders Arvind Krishnan and Prajato Guha spoke about their new venture and their goals for the agency 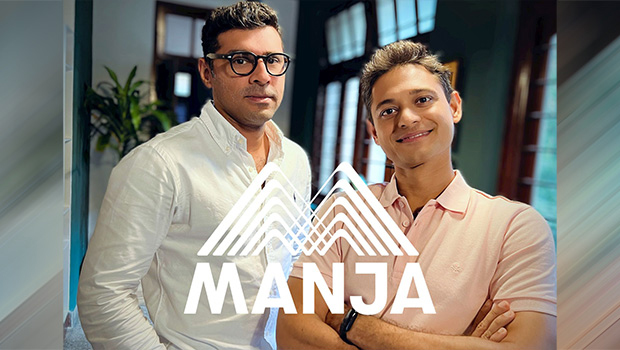 Last month, advertising stalwarts Arvind Krishnan and Prajato Guha launched their independent creative venture, ‘Manja’. BestMediaInfo.com caught up with the duo to understand the values of the new agency and the goals which they have set.

Asked how exactly Manja will be different from the plethora of agencies out there, Krishnan said that they want to focus on solving the brand’s problems through collaborative efforts.

“The question is how are you going to be better? In the search for difference, there is so much nonsense that happens out there. As an industry, we have this unhealthy obsession with the future and a lack of focus on the present. There is a desire to make everything sound futuristic, Martech this and smart that. There is a reason why clients are seeking us out, which is that we are able to identify the right problems and put the right talent on it to solve it. We are able to spend quality time on their problems,” said Krishnan.

“The difference will come from the fact that there is varied talent coming together around a problem and it is a super collaborative team that works with clients and owns the outcomes,” he added.

Speaking about the same Guha, or Projo as he is widely known in the industry, said, "The whole ethos of collaboration is not just within the agency but also in the terms of clients we would want to work with, and have been working with. There are many clients who want to collaborate. Those who have closed their brand books and said we know what to do, we do have the luxury of saying no to such clients."

"We are working with clients who are open to deep collaboration which has worked well for us,” he said.

Although the duo didn’t reveal the name of their clients, they said that they are actively working with seven of them who come from sectors like automobile, consultancies and venture capital firms.

Speaking about their vision for the agency, they said they want to build a place where everyone wins together. “For us the impact and quality matter. Bigger doesn’t mean better at all, it's about having the right focus and talent for solving problems and creating work that has an impact,” said Krishnan.

“The short-term goal is to create an impact in terms of the kind of work we end up making. The long-term goal is to have a culture in place that has many more champions other than the two of us. We want to create a fiercely creative culture that is defined by collaboration," he added.

Asked what the agency plans to do for the digital space, they said their belief is that the world today is post-digital. “Be it any medium, the principles remain the same. There is so much content that is created every single second. All of that is forgotten the next minute. We must ask ourselves if this even makes a difference out there and will people engage with it? Those are the questions you need to ask,” Krishnan said.

Guha further spoke about the kind of talent they are trying to rope in and said, “We are a small group at the moment and we are doing away with all the hierarchical structure that actually ends up taking a lot of time."

“The kind of people we are looking to get on board are the kind that contribute well in a collaborative process. It’s not like one will just write, and the other takes care of just strategy. Everyone sits and contributes to the creative process. This is a very important part of the way we are structuring and therefore, also hiring,” he said.

Guha and Krishnan both have decades of experience at network agencies. While Krishnan was in the role of Managing Director at BBH India, Guha was serving as the National Creative Director at Leo Burnett India.

Upon being asked about the thought process behind going independent while they had successful careers at network agencies, Krishnan said, “We were both at really good places and were getting more and more but the question was do we spend all our energy on doing that or spend it on building something new and exciting."

On the other hand, Guha spoke about how the two of them came together on this journey. “Our origin story is very interesting, basically Aggie (Advertsing veteran Agnello Dias) brought us together. I was talking to him separately about a few things and so was Arvind. So Aggie said why don’t the two of you meet and solve your problems and that is how we started talking."

“It wasn’t like we just met and decided to start, it took a lot of discussions over months. We spoke a lot and, in our heads, tried to crystallise and recalibrate our experiences at network agencies. Once we were sure about the kind of agency we want to build, there were no roadblocks except signing our resignation letters," he added.