Empowering wealth creators was the core proposition behind the new TVCs for the ‘Karein Shuru’ campaign: Vishal Kapoor of AMFI 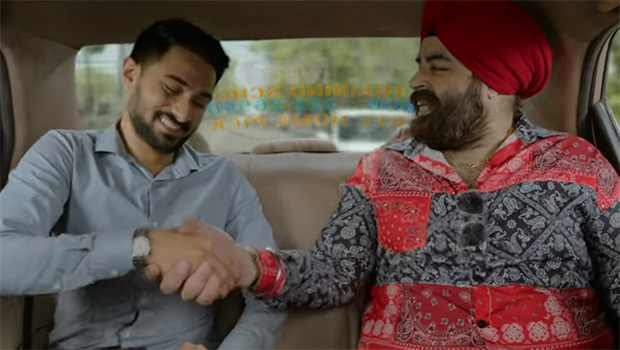 Association of Mutual Funds in India’s (AMFI) idea behind launching the new TVCs is empowering the wealth creators, and that is why the films talk about Mutual Fund distributors (MFDs), said Vishal Kapoor, Director, AMFI.

AMFI has launched MFD recruitment campaign ‘Karein Shuru’ to propose it as a full-time profession with the intent to change the way it is looked upon currently, mostly as a side hustle for earning extra money.

The comprehensive campaign consists of TVCs to reinforce the need and attractiveness of Mutual Funds Distribution as a career option with long-term earning potential for individuals with entrepreneurial aspirations.

The launch includes four TVCs depicting how individuals from different walks of life - be they fresh college graduates, individuals in rural India, mid-career professionals or small business owners and entrepreneurs -have opted for Mutual Fund Distribution as a profession.

It showcases the attractive career opportunity with its productive earning potential, benefitting not only themselves, but in the process earning goodwill from the members of society who they serve as a Mutual Funds Distributors.

Speaking about the brief and the concept behind the campaign, Kapoor said, “We started in the early months of 2021. Research for making this was extremely important, we took time with our research. We saw that people that are now coming to the profession are not doing it just for money, they want a purpose, they want something bigger than just the earning prospect. This profession pays well but the gratification of helping people is far bigger. The MFDs help the families to be financially independent. So that's the idea we wanted to showcase. Empowering wealth creators was the core proposition that we wanted to express through these creatives. In the four films that you see, we have tried doing the same.”

The campaign will be run on mediums like TV, print and digital and will be targeting various types of audiences right from youngsters to people living in the rural areas.

The mainline advertising agency behind the making of the TVC is Wunderman Thompson, the digital agency is Mirum India, while the media agency is Dentsu X.

NS Venkatesh, Chief Executive, AMFI, said, “Our in-house research revealed that increasing number of individuals today aspire to have good earnings and yet be their own boss, and even help in serving the society at large. Our unique, “Karein Shuru?” campaign would precisely help these individuals achieve this aspiration. As a Mutual Funds Distributor, they can help their clients generate wealth over the long term and in turn be rewarded with an enriching career.”

Speaking on the launch, A Balasubramanian, Chairman, AMFI, said, “The Indian Mutual Funds industry has the potential to cross Rs 100 trillion in AUM before 2030. With only about 1.25 lakh Mutual Funds Distributors as of now, the reach of intermediaries is limited. Given this under-penetration, we expect and hope that the “Karein Shuru?” campaign would help the Indian Mutual Fund industry to onboard more distributors and reach out to a larger investor base across the country.”