According to experts, these companies will have to change their marketing strategy to a great extent

Earlier this week, the Securities and Exchange Board of India (SEBI) suggested that no ‘prominent public figures, including celebrities, and sportsmen’ should endorse crypto products while responding to queries raised by a Parliamentary Standing Committee on Finance.

Currently, crypto players adhere to self-regulation under the guidance of IAMAI (Internet and Mobile Association of India) and BACC (Blockchain and Crypto Assets Council).

BestMediaInfo.com reached out to industry experts to get an insight into what SEBI’s suggestion means for the industry, their advertising strategy and how it affects their prospects.

Cryptocurrency players were one of the biggest advertisers in 2021 and were very active during the Indian Premier League (IPL). Celebrities like Ayushmann Khurana, Ranveer Singh, and Janhvi Kapoor endorsed crypto. However, the ambiguity around the guidelines and the continuous curbs had a significant impact on their ad spending, said a media planner. This was especially noticed when a number of Crypto players missed out on advertising during the 2022 IPL.

According to Vijay Pravin Maharajan, Founder & CEO, bitsCrunch, SEBI advocating for the absence of celebrities from crypto ads means that the industry will have to reconsider its marketing strategies.

“We've arrived at a point where we need to reconsider our marketing strategy in order to promote awareness among crypto enthusiasts. Celebrities are one of the easiest ways to distribute information. Advertisements must now be designed to highlight the issues while also emphasising the significance of investor judgment,” Maharajan said.

Adding to this, Ramalingam Subramanian- Head-Brand, Marketing and Communications at CoinDCX, said, "We have been members of ASCI for more than a year and are committed to following all guidelines recommended by the body. Our focus, at CoinDCX, has always been on awareness through education. We are committed to complying with all guidelines that are laid down for us."

Sathvik Vishwanath, Co-Founder & CEO, Unocoin, said, "The same is already true for stock and mutual funds broking firms. As we are dealing with money and returns directly it is important that a common man does not get influenced by celebrities.”

Will this include ‘Fin-fluencers’ too?

While the advertising on TV for crypto brands is continuously watched by the authorities, these brands had started to invest actively in influencer marketing too. Today, ‘fin-fluencers’ are seen as a category of influencers who educate people about the crypto markets.

Shweta Purandare, Founder of Tap-a-Gain and an Advertising Compliance Consultant stated that SEBI already had these guidelines in place for products like Mutual Funds. They are just extending it towards cryptocurrencies now.

“SEBI, as a regulator, has similar guidelines in place for products such as mutual funds. They are now recommending extending it to cryptocurrency. I’m glad that the regulator has stepped in as the sector is unregulated at the moment. Celebrities have a huge influence on public opinion and decision-making. Without they themselves having the right knowledge about cryptocurrency, can celebrities endorse it? If you look at the advertisements that were running a few months ago, through the tag lines and claims, they were making it sound very easy and safe, almost guaranteeing good returns,” Purandare said.

She, however, added that it remains unclear whether this also includes the use of financial influencers on social media, a trend which has been on the rise for a few years. “I wish like SEBI; a regulator also steps in to tackle the menace of surrogate advertising and celebrity endorsements therein. Both these sectors i.e. finance and health have a huge impact on consumers, so the move by SEBI is welcome. However, what remains to be seen is whether the definition of “famous personalities” also includes the social media ‘Fin-fluencers’ that we see around today, giving advice about crypto.”

Pranav Panpalia, Founder, OpraahFx, said influencers have been the most preferred marketing medium for crypto brands. It helped them (Crypto brands) reach their target audience at a grassroots level.

"Many crypto brands used the power of influencers to educate the masses and create awareness about this new system of digital investment and trade. Not allowing influencers to promote one of the fastest-growing fin-tech, will only hinder the growth, not only economy but financial literacy too. However, I believe the governing body should have rather made some rules and regulations for promotions instead of a blanket ban."

Crypto brands roughly spend about Rs 50 lakh to Rs 1 crore on one large campaign, he revealed.

"Sebi’s recommendation says ‘prominent public figures’, even though it is hard to quantify. Influencers are today as prominent as any celebrity. This ambiguity is likely going to create some indecision and confusion in the market in the short-term,” stated Karthik Nagarajan, Chief Content Officer, Wavemaker India.

He added that this development may be in the best interest of the consumers and the players as the entire sector is under ambiguity.

"The situation in the US is very different as right from the beginning, celebrities have been at the forefront of crypto promotions. The difference is probably the fact that in India, very small investors at significantly lower economic strata, have high exposure to crypto. Dips like the one we are seeing can be catastrophic in their case," added Nagarajan.

As per ASCI, they have always maintained that celebrities should do their due diligence.

“ASCI has a specific guideline on celebrities. Plus, there are crypto guidelines as well. Given that crypto products are unregulated, prominent public figures - including celebrities, sportsmen, etc - or their voices should be circumspect while endorsing/advertising crypto products,” said Manisha Kapoor, Chief Executive Officer (CEO) and Secretary-General (SG), ASCI.

“We have always maintained that celebrities need to do their due diligence on the claims they endorse. The Consumer Protection Act too lays down penalties for endorsers in case the ad they feature in is found misleading, and if they have done no due diligence. Since this is a risky category (virtual digital assets), celebrities or prominent personalities who appear in such advertisements must take special care to ensure that they have done their due diligence about the statements and claims made in the advertisement so as not to mislead consumers Endorsers may not have domain expertise but they must make the effort to do due diligence as part of their responsibilities,” she said. 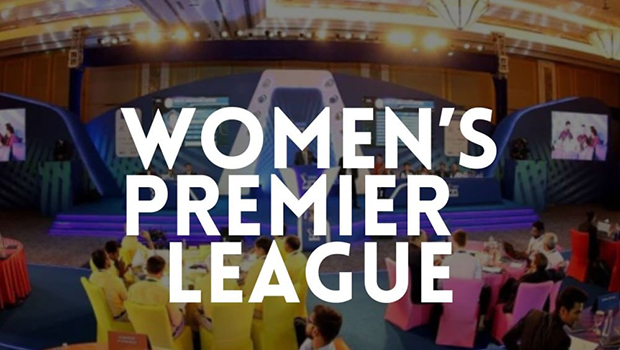 WPL 2023: The opportunities and challenges for Viacom18 in the inaugural year