Our target market has moved towards Tier-2 and Tier-3 cities, says Sugato Banerji of Dish TV

In an interaction with BestMediaInfo.com, Banerji, Corporate Head - Marketing, D2H, Dish TV India, talks about the brand’s new campaign and what they are trying to achieve through it 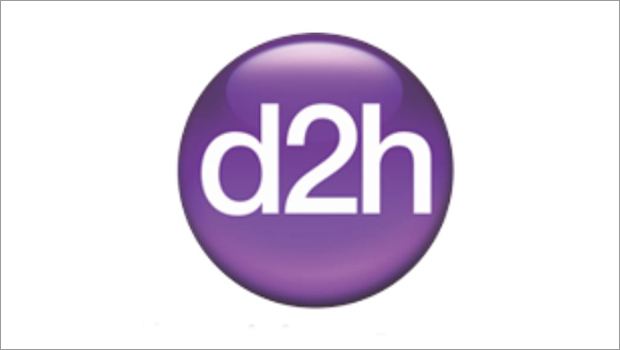 At a time when DTH and traditional TV are competing with OTTs, Dish TV has decided to celebrate television and what it means for the masses. The brand has recently announced its new brand positioning ‘Direct to Heart’ with a new campaign, which has come after a gap of over five years.

Speaking about the need behind the repositioning, Sugato Banerji, Corporate Head - Marketing, D2H, Dish TV India, said, “If I look at the brand journey from the past 6 years, we did a campaign around 2016 called ‘khushiyon ki chatri’. After that, we have not really had a brand campaign, but we were doing topical work like advertising our packages, price points. When we realised we need a new campaign, we saw that today everyone is exposed to a lot of content and there are a multitude of screens in every household.”

“Even content is democratised today, but while some content is for personal consumption, people still like to watch some content like Bollywood films and cricket matches with their families. Therefore, the new campaign’s perspective is that we are not going to compete with OTTs but there are some moments which you must watch on the big screen to make them come alive,” he added.

Banerji went on to state, “This was the genesis of ‘Direct to Heart’ and it was a fun play at D2H, that we are known as.”

He added that Dish TV is focusing on non-metro audiences as a brand now. “Our target market has moved towards Tier-2 and Tier-3 cities where people are upgrading from Freedish. These people still have great value for their families and still believe in co-watching,” he added.

He said that even though the new campaign is spread across all mediums, their main focus remains on television. “We have all the elements but since we are repositioning, we will be slightly heavy on TV. The brand has been off-air for a while now, so it makes sense to be on TV.”

He added, “TV will have a large component of the spends, followed by a significant share of digital. At a local level, we are also investing some amount in Outdoor in Tier-2 and 3 towns. We are spending close to 70% on TV, 20% on digital and the remaining 10% on other mediums.

Speaking about the challenges in the DTH space today, he said that in India the problems are unique. “Everywhere else in the world, DTH is a premium product but in India, we have a public broadcaster that is providing Free DTH. The broadcast rules are such that there is an auction system so there is a lot of demand for news channels, GECs and music channels there.”

“So, let’s say even if those channels do not have the latest content the audience is okay with not paying Rs 19 for a channel and watching the same content later if they get it for free. Hence a large number of people are on Freedish. As a result, we see intermittent subscriptions to channels, people will subscribe to channels only during the IPL, WorldCup etc.”

He added that while one end of the market is migrating towards paid subscriptions (OTTs), the other is moving towards Freedish.

To counter this, the brand has launched ‘Watcho’ - which brings several OTT platforms in a single window. The app also has its original shows and plays.

“We are basically content distributors; we procure content from broadcasters at wholesale rates and sell it back. If the consumer is moving away from one screen to another, as distributors we should just play in that new field,” he stated.

“We also believe that since our competency is to distribute content, if we are able to aggregate demand we will be able to get great rates from these OTTs. Therefore, that benefit can be used by the consumer and they get value for money,” he explained.