In an interaction with BestMediaInfo.com, Jagyasi, Chief Business Officer and Strategic Advisor to the Board, Bharat24 and First India News, speaks about the channels’ growth and future plans 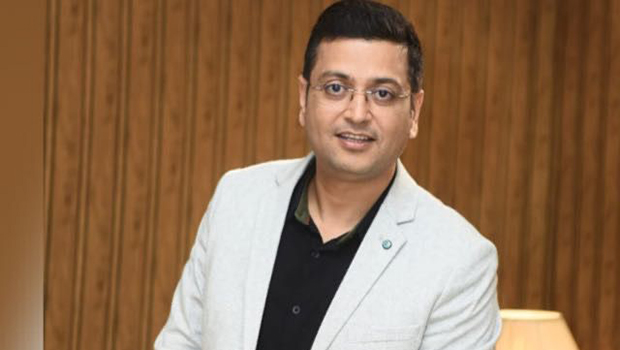 Bharat24, a national news channel that was launched earlier this year in August, has been trying to give the audiences a differentiated experience from the other players in the market, said Manoj Jagyasi, Chief Business Officer and Strategic Advisor to the Board, Bharat24, adding that the channel has created much anticipation and hype.

“News is a cluttered space today and creating a differentiated brand identity has become increasingly difficult. Mostly, content on news channels looks similar to each other because they are showcasing the same news stories. It’s the innate ability to swiftly package and present the same news differently and credibly that can set a channel apart,” Jagyasi said.

“We are fortunate to have an experienced and passionate team of dedicated professionals that helps us produce differentiated content,” he added.

According to Jagyasi, the channel has been able to bring in more than 50 advertisers onboard. He said clients in Delhi, Gujarat, Rajasthan, Madhya Pradesh, Chhattisgarh, Uttar Pradesh and Uttarakhand have been very kind to them and now they continue to gather momentum in Mumbai, Kolkata, and Southern markets.

Speaking about the competition in the news space today, Jagyasi said, “Most national news channels today have become two-state focussed, i.e., Delhi-NCR and UP. We saw the opportunity to be a truly national channel. I always believe that with the right content and revenue strategy, there is always a scope for business, no matter what the competition looks like. The TV business has been witnessing consistent growth and one can follow the same trajectory provided there is intent and will to deliver a truly differentiated product. And we have been doing just that.”

The network has also another regional news channel called ‘First India News’ based in Rajasthan; and as per him, it has been doing good in numbers.

He said that what makes First India News different from others in the market is that while most news broadcasters depend on external news agencies for content, First India News always attempts to source the news stories first-hand through its wide network of reporters who are across the state, be it cities, towns or even villages.

“This allows First India News to broadcast original and different visuals and POV from the rest of the competition channels where their content may appear similar. Our ability to stay original and accurate in breaking news stories sets us apart from the rest.”

According to Jagyasi, the channel has a robust line-up of IPs like, ‘Super Indians Rajasthan’ that recognises and facilitates extraordinary individuals of Rajasthani heritage who are bringing accolades to the state and the nation.

“Key national advertisers and top clients in Rajasthan trust First India News to effectively deliver on their brand campaigns. We offer a wide range of customised media solutions which has increasingly attracted the interest of advertisers and media agencies alike,” stated Jagyasi.