T20 World Cup – Want to buy ad slots in ICC T20 World Cup? This is what you will have to pay

As per media buyers from the top agencies, this year's ICC tournament may get a tepid response from the traditional advertisers 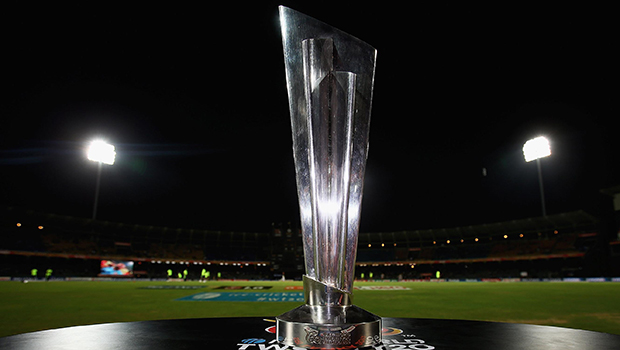 The much-awaited month-long International Cricket Council (ICC) Men's T20 World Cup is all set to commence on October 16 in Australia.

As per media buyers from the top agencies, this year's ICC tournament may get a tepid response from traditional advertisers.

An industry veteran who is keeping an eye on the developments in ad-spot buying noted that given the volume of cricket that has taken place recently, the interest in the game has dwindled as compared to the earlier times.

“The IPL's viewership was almost 30% lower this year,” he said.

Cricket is not an advertiser’s delight anymore because it has become unaffordable for the FMCG players especially, as per the veteran.

For the eighth edition of the ICC Men's T20 World Cup, the Co-presenting sponsors will have to shell out Rs 1.8 crore to Rs 2 crore for 150 seconds per match, respectively.

Sources told BestMediaInfo.com that the ad rates for T20 World Cup are going to be similar to IPL which is between 14-15 lakh per 10 seconds.

Only top advertisers coming on board as sponsors can get a discount, the sources added.

On the other hand, Krishnarao Buddha, Senior Category Head - Marketing at Parle Products, said that for IPL the rate was about Rs 15 lakh for 10 seconds, and for T20 World Cup it would be in the range of Rs 15-18 lakh per 10 seconds.

While some advertisers or brands can get a better deal for sponsorship this time, the minimum cost for ad-spot buying will be between Rs 14-15 lakh.

“The India-Pakistan rate will start at around Rs 20 lakh,” said the veteran.

There is a huge variation when it comes to the viewership of IPL and ICC World Cup, since there is a difference in the consistency of watching.

Buddha said that in IPL it doesn’t matter which team wins, unlike T20 World Cup, as the moment India goes out of the contest the interest level of the audience drops down.

“The average rate for any India match will be around Rs 14-15 lakh per 10 seconds and the non-India matches are anticipated between Rs 8-10 lakh or slightly lower than that. For example, if it is Zimbabwe versus Afghanistan, it won’t be more than Rs 2-2.5 lakh,” said the veteran.

“The advertisers have consistency in IPL more than T20 matches. There are more challenges for advertisers in matches like T20 World Cup because if India exits at an early stage, the viewership drops and the advertisers have to face those losses as they are buying the whole slot at once,” he added.

Meanwhile, the Associate sponsors get 60 to 75 seconds of FCT and 90-120 seconds of FCT is committed to a powered-by sponsor, while the title sponsor will get an FCT between 150- 200 seconds.

The veteran explained, “The IPL’s spot buying was Rs 15 lakh, and if the advertisers are taking the rights of the sponsorship in T20, then the rates will sit around between 12-13 lakh. If it is spot buying then it will be between Rs 15 lakh depending on how the client is pushing it.”

A rough indication of the rate of the ‘title’ and ‘powered by’ sponsors can be calculated if this amount is multiplied by the number of matches.

The ICC tournament will be broadcast in India and the subcontinent on Disney Star's Star Sports channel. Additionally, all matches will be livestreamed on the Disney+ Hotstar platform.

With an estimated reach of over 200-230 million, ICC Men's T20 World Cup 2022 Advertising on Hotstar is a popular advertising strategy for companies looking to increase traffic.

The packages for the ICC Men's T20 World Cup offer a variety of media ad options, including video ads, banner ads, and more.

Hotstar is operating at Rs 120-125 CPM rate but according to the veteran, the challenge for them is that if they play on impressions then it defeats the purpose of it.

Giving an example, he explained, “If a brand is buying 50 million or 200 million impressions still they are not confident of how many spots per match will come in for them because the rate depends on the concurrency.”

The veteran further said that during IPL his brand was hoping that they will get 3 spots for the matches but it was surprising when he evaluated the post checks of the matches it was found that there was only 1 spot that was playing between 8 matches, so that is a kind of problem that is faced when it comes to CPMs and impressions, according to him.

When it comes to sports in general or the prestigious and eagerly anticipated ICC T20 World Cup 2022 on Hotstar, the audiences and the brands both have similar exciting feelings. Brand evangelists aggressively promote their brands on impact properties like cricket in India.

The veteran highlighted, “If the viewership ratings are not coming then it doesn’t make any sense for the FMCG players to pour in a large amount of money.”

However, Coca-Cola is the official sponsor of all ICC events, including the T20 World Cup, since it signed a deal in 2019 for five years.

According to experts, Diwali is taking place early this year on October 24, which may cause many traditional advertisers to spend all of their advertising budgets in the lead-up to the festival which may result in them skipping the World Cup. But this void is likely to be filled by new-age advertiser categories.

Others asserted that advertisers may be influenced by India's underwhelming performance in the Asia Cup and other competitions. If India doesn’t perform well in this, it will have repercussions.

On the other hand, TV advertisers will see an unmissable opportunity to draw in viewers with the upcoming edition of the ICC Men's T20 World Cup taking place over 5 mega weekends with 3 out of 5 India matches slated to be held on a Sunday.

The 2021 edition of the tournament had a remarkable reach of over 400 million on TV.

A total of 47 matches will be played during the ICC Men's T20 World Cup, which will be divided into 4 phases: qualifiers, India Practice 2, Super 12 stage, and playoffs. with 2 practice matches and a total of 5 confirmed Indian matches.