Be it year on year or season on season, we hear the broadcasters of cricket properties announcing the hike in ad rates by 10-15%.

However, for the advertisers, it is much more if they want to catch the same set of audiences who keep migrating to other mediums including OTT.

As per experts, the dilemma of choosing which medium they should target to woo consumers has not only expanded but has also become increasingly expensive for advertisers.

This has largely happened due to the foray of digital platforms catering to the cricket-watching audience. It makes the advertisers’ job messier as now they not only have to decide the ratio of resource allocation but also have to justify the ROI on the high rates which broadcasters and streaming platforms charge.

Experts told BestMediaInfo.com that audience fragmentation has made cricket a very expensive affair to associate with, hence many top advertisers are getting wary of spending on cricket. 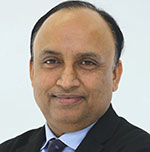 Shashank Srivastava, Executive Director, Marketing and Sales, Maruti Suzuki India highlighted that TV has a wider reach, whereas digital or OTT have a more targeted reach and primarily for the metro audience. Around 65% to 70% of the impressions bought on OTT get served to non-subscribers who come on the platforms for the first 5 mins when the content is available for free, he added.

He also highlighted that for the MSIL association on T20 WC, 43% of the total impressions were delivered in the six metros.

Also, in India, cricket is more of an inclusive viewing rather than individual viewing. Hence, TV gives an advertiser a wider reach base vis-a-vis OTT or digital.

However, the fragmentation of the audience has also created new avenues available for advertisers. Advertisers can now decide based on the platform and their targeting requirements. If the objective is to reach a targeted set audience, OTT/ Digital may serve the purpose.

As the audience market is fragmented in terms of sports, there is a slew of advertising coming in from new-age e-commerce companies mostly on OTT apps and digital.

Whereas, on television, the regular and traditional advertisers have been keeping off cricket because the rates are so high that it doesn’t make any sense according to them, said the veteran.

The number of connected TVs in India is increasing over the last few years and users are gradually migrating to smart TVs. This also opens up a newer avenue for advertisers.

Over the last few years, we have also seen the cost of sponsorship for IPL increasing nearly 3 times. Therefore, it also becomes important for advertisers to be able to gauge the kind of returns and derive value out of the sponsorships as the audience base and rating have more or less been in the same range or even lesser (as in the case of IPL) over the last few years, pointed out Srivastava.

In high-impact properties like cricket, audience fragmentation is undoubtedly occurring, and the cost of the rights is rising based on medium-wise purchasing, according to Krishnarao Buddha, Senior Category Head - Marketing at Parle Products.

He said, despite the significant cost increase, there are benefits for the advertisers because they can pick and choose the medium be it television, digital or OTT, to target a particular audience.

According to a BARC India report, cricket is the sport with the highest growth in sports viewership in India, with 93% of all sports viewers in 2018 tuning to cricket content as per the last data available. The report also highlights that women also make up a significant portion of the audience.

As per Star Sports Network, the ‘Super 4’ stage match played between India and Pakistan on September 4, 2022, registered 57.4 million AMA (BARC data for 2+ U+R- Star Network + DD Sports) - making it the most watched T20I, outside the World Cup.

However, the Network also claims that the overall exhilaration for cricket is back in the country, ahead of the upcoming ICC T20 World Cup, as even the non-India matches throughout the tournament (excluding the finals) also witnessed a massive viewership of 113 million.

But from the advertiser’s point of view, this massive viewership is segregated into subcategories of mediums. Depending upon their budget the advertisers spend across mediums or platforms, hence the budgets are varying depending on this, Buddha pointed out.

How are marketers navigating this scenario?

According to Srivastava, marketers are buying either OTT or TV based on the audience they are trying to reach and the basis of the brand fitment.

He said, for MSIL, Maruti Suzuki has been buying both OTT and TV for cricket sponsorships. “We sponsored the T20 2022 on Hotstar, Eng vs India on TV (Sony Six) and took spot buys on IPL on selected matches. Even other OEMs such as Renault and Tata have been active in cricket. Mahindra has been sponsoring cricket on OTT platforms and was also present on Sony LIV during Eng vs India.”

Also, there are separate global rights for both OTT and digital for people who have settled abroad and can watch India matches sitting there. So as per Buddha, there is no doubt that the cost has gone up as the base prices have shot up and it is translating into higher costs.

But at the same time, it also gives choices to advertisers to pick and choose. Citing an example for this, Buddha explained the difference between Sony Entertainment versus a Star having the IPL rights, he said, “For 10 years, Sony had rights for IPL, and they commanded a certain price for it. But after the new bidding when Star took the rights for the next five years, Star paid double the price for five years that Sony paid for 10 years, so they had to generate that revenue in return.”

Choosing an alternative way to do so, they started launching channels like Star Sports 1, 2 and 3, Star Sports First, Star Sports Tamil, Star Sports Telugu, Star Sports Kannada, Star Sports Bengali and so on. This in a way opened a new avenue for the advertisers based across places in India. And that is how Star managed to increase the price by opening up several channels to target among all domains”

“But earlier they were not able to advertise because of the prohibitive cost or spillover. However, the advertisers were happy that it was opening up a new avenue for a new set of enterprises. In the same way, platforms like OTT are also opening avenues for new advertisers.”

There is an increased viewership on Star across various states of India, as a result of which the reach is increasing and it is opening new avenues for the local retail advertisers too, so this is how the budgets are increased by the channels and broadcasters can command better pricing, added Buddha.

Are marketers ready to pay a premium beyond IPL?

Cricket and sports usually help in building faster reach. Also, we have seen that cricket in general delivers ratings which are comparable to the big impact properties.

Giving an example of this, Srivastava said, “In the recently concluded India vs England T20 series, the series delivered an average TVR of 2.1. Also in the Asia cup, the match between India and Pakistan delivered a TVR of 8.94 and the average TVR was 3.21. Hence, if advertisers can draw value, cricket is a good platform to invest on.”

However, in IPL, in the last five years, the kind of advertisers who were available has seen a significant change.

Buddha highlighted that for the first 10 years, all FMCG brands like Cadbury, Parle, telecoms brands like Airtel and Vodafone and even Godrej used to make ads which were exclusively made for IPL and big properties like sports. But suddenly as the rate has shot up, they have all stopped advertising because it's going beyond their reach, and it started becoming unsustainable.

Advertising rates in India are so high that it is no longer viable for conventional advertisers to be present everywhere, experts say.

The ad rates are likely to shoot up further as the broadcasters have got into BCCI’s ambitious trap and picked up rights at unsustainable prices.

However, experts also believe that advertisers are willing to pay a premium for cricket properties other than IPL, but it will be a limited amount of premium and should be reasonable.

Though this also depends on the timing of the tournament, if it is during the festive season many brands like automobiles and others will start associating with it because it’s the season for them to not miss a big-ticket event which they need to recover.

Fragmentation of the audience base has changed the way marketers buy ads. In addition to long-term advertisers, we see more start-ups, ed-tech, and gaming companies investing heavily in sports advertising, so the overall number of advertisers has increased but again the increasing cost of associations might be there on the minds of all media managers, according to Srivastava.