AVOD revenue to see growth from SME advertisers in next 3-4 years: Nikhil Gandhi of MX Media 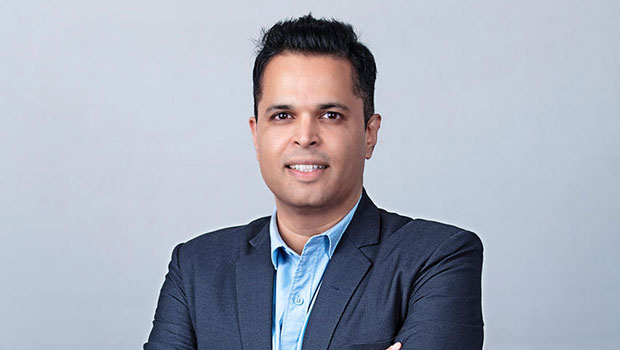 The growth of AVOD revenue will come from small and medium enterprise (SME) advertisers in the coming three to four years, as per Nikhil Gandhi, Chief Operating Officer, MX Media. He went on to state that keeping this in mind MX media has introduced a separate platform called MX Advantage for the advertisers.

As cord-cutting shifts the revenue model of media companies, the ad-supported streaming space is poised to take off. MX Advantage, as per the company, is a one-stop solution to help brands across India leverage the power of content across formats, languages, and genres.

Hopeful of a sizeable revenue in the second half of the year on the platform, Gandhi shared that they have already started seeing many SME brands advertising on it.

Moreover, the platform has witnessed a 35% quarter-on-quarter growth in its ad business in H1 '22, led by categories like gaming, media and entertainment, F&B, fintech, and social apps categories, as per Gandhi. He said, “The third season of the big tentpole series ‘Aashram’ in June saw traction for advertising from big clients who came onboard. And the overall programmatic spend, which is the direct spend, did see growth over last year. Shows along with MX Advantage will drive the overall ad volumes on the platform.”

The brand count also saw an increase of about 27% as compared to the last year, he claimed. Citing an example of this, Gandhi stated, “Last year the concept of the audience getting to decide the course of the story for Axe’s ‘Right Click’ and ‘Balcony Buddies’ allowing audiences to choose the best fashion looks for the cast that can be bought from Amazon.in were some of the huge successes on the platform.”

The reason behind MX choosing these ideas, according to Gandhi, is that many SME brands want to advertise on MX’s platform but due to restricted budgets or being unfamiliar with the digital ad world, they would not do so. Hence, MX wanted to create a space where the advertiser themselves can log in and start advertising irrespective of their budget size.

For the same, MX player has also partnered with a technology platform called DanAds, which helps them in increasing media engagement and assists them to make services available to SMEs in India through MX Advantage. Gandhi stated that MX and DanAds will continue to work to improve UI and have better targeting features, among others advancements.

The most sold property on the MX Advantage platform, according to Gandhi, is Instream ads (pre-roll and mid-roll) which are played out on the web-series content of the platform. The others which follow suit are display ad units, like Native Ads and Interstitials, on the local player section of the platform.

With advanced developments and strategies paving the way for new ideas and platforms, India is considered one of the largest drivers of digital innovations worldwide, allowing the OTT and digital entertainment market to grow multi-folds, said Gandhi.

Witnessing this development many advertisers are shifting their budget from TV to OTT platforms, he said.

According to Gandhi, OTT is the new TV with over 450 million users consuming four hours of content daily. He said MX itself has 200 million users with over 56 minutes per user viewing time on a per-day basis.

The advantage OTT brings over TV is personalised and customised content consumption across multiple content genres, all under one roof.

While TV has its limitations of being generic and only caters to a particular target audience, OTT doesn't. Moreover, OTT reaches all strata of the population. MX, for example, is consumed by metro audiences and Tier 2, Tier 3 viewers in equal measure, added Gandhi.

Speaking about Connected TV, Gandhi highlighted, “We have seen 20% MAU growth in the last 6 months in Connected TV.”

With the rise of OTT platforms, the only restriction today is the growth of audience and the supply of connected TV being restricted by the smart TV hardware availability in the country. But the opportunity for CTV is on the rise and it is seeing a lot of traction in India.

Gandhi went on to explain that the volume of supply on the CTV is much lower when compared to the inventory pool on the app and web.

He said, “The increasing demand for the premium audience on the CTV, versus the limited inventory supply further leads to an increase in the overall inventory pricing and CPMs. The fulfilment of the inventory can at times get impacted when ads run programmatically and compete for reach at lower bids.”