According to industry leaders, consumer sentiment is likely to remain buoyant despite high inflation 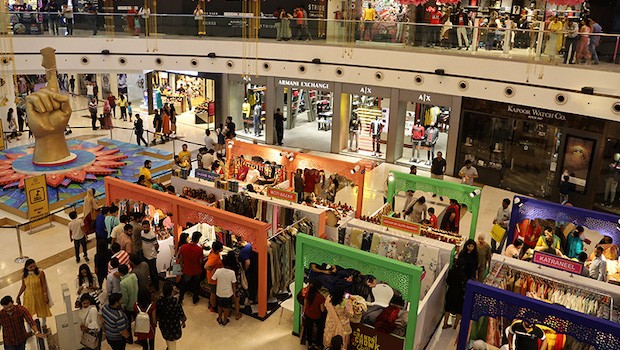 The upcoming festive season is likely to bring in some cheer for the industry as the consumer sentiment hasn’t dampened despite high inflation. As the country has come out of over two years of Covid curbs, this will be the first festive season of the new normal.

The ad industry leaders believe that though there are still several overhanging fears but they’re cautiously optimistic about growth and increased advertiser spending in several categories that will push the demand.

Kapil Arora, Co-Chairman and CEO of 82.5 India, stated that they are optimistic. “I believe the overall sentiment should be tempered towards optimism during the festive season. Travel is back, there is a sense of freedom among consumers and one expects a certain enthusiasm towards festive celebrations and purchases despite the pressure at play as we head into H2,” he said.

Vivek Srivastava, Managing Director, Innocean India, said they are approaching the festive period with cautious optimism. He said there is pent-up demand and consumer confidence. “This is why brands need to ramp up their salience and engagement levels with their prospects so that full funnel efficiency can be upped,” he said.

“This will usher in higher ad spends across ATL (Above the line), Digital and Experiential. The only spoilers can be inflationary pressures and the supply side dampeners in tech-related sectors dependent on semiconductors,” he added.

However, Sandeep Goyal, Managing Director at Rediffusion, stated that although inflation is very much present, the festive season is the only time consumers are looking to spend money. He explained that the common man has learnt to live with inflation. There is already an uptick in categories like food, travel, and apparel which is a barometer to show how this festive season will be much better than last year.

“We must also note that people have not spent in the past two years and there must be accumulated savings. We must also expect a good tick from rural India because this will be the one festive season where Covid is behind us and there is a built-up demand,” said Goyal.

As per Amit Wadhwa, CEO, of Dentsu Creative India, the expectations around the festive season are higher as the threat of Covid is far less today. “Yes, inflation may dampen it a bit but I am still very hopeful and positive about the festive period as it is very significant in India.”

Ketan Desai, Chief Operating Officer, Grey Group India, said that the last year’s festive season went really well because of IPL followed by the wedding season. “I think this year is not going to be anything different. Yes, there is inflation but it is the one time of the year when India does spend,” he explained.

Which categories will be spending big?

A lot has changed in a year since 2021 when we saw the economy stabilising a bit. The 2021 festive season that clashed with IPL had bought back a lot of normalcy. According to Redseer Consulting, India clocked in a Gross Merchandise Value (GMV) of $ 9.2 billion.

Today categories like automobiles, and consumer durables, as well as start-ups, are gloomy due to various reasons. Start-ups are facing a funding crunch and laying off employees. On the other hand, the automobile category is dealing with supply-chain issues. Hence the spending from these categories may be slow.

As per industry leaders, the quintessential spenders like FMCG, electronics and fintech will be big spenders.

However, Srivastava of Innocean explained that advertisers of the affected categories are looking at long-term perspectives and opportunities.

“Brands and their custodians i.e. our clients/advertisers are not being myopic in their perspectives. With the tactical hit of supply constraints in automotive, high-end consumer electronics or smartphones etc there is a visible move to look at the mid-to-long term prospects to not just protect the existing equity but further it in anticipation of 2023 and beyond.”

“Many new launches are being readied across categories in the festive period. This is the silver lining which will drive the spends. Of course, the usual suspects of sales and mega shopping festivals by Ecom or easy credit via Fintech or new launches will be there too to spice up the flavours,” he added.

According to Arora of 82.5 India, e-commerce marketplaces, new car launches, consumer durables, FMCG, gaming, food and beverages, travel and tourism etc will be big spenders of the season.

Furthermore, leaders suggest advertising spending will be spread across mediums and digital will play a major role. “The days when brands used to spend specifically on festive advertising are long gone. They are all spending money on digital, the spending has become more democratised. In the olden days, we used to go and present Diwali and Dussehra campaigns. Most of the spending happens on ‘end of season’ or festive sales which happens mostly through digital,” stated Goyal.

Arora also said that traditionally there is a higher skew of spends on activities in the last quarter and he doesn't see it changing.

He said a lot of clients are preparing for the festive season aided by a cricket-heavy H2 and the football World Cup as well.

"New business engagements interestingly, are more strategic in nature, rather than being festive dependent or tactical," he added.

How will this festive period be for agencies?

Although the year started with a Covid scare, it must also be noted that the festive period is clashing with the T20 Men’s Cricket World Cup this year. Hence, agencies are expecting a notable push from the festive season this year.

Talking about how H1 has been for them, Wadhwa said, “We had a good run overall and won some new businesses in 2022.”

“The first quarter was pretty but we did see a slowdown in the second quarter, which was true for everyone. There is a general worry about inflation and the rupee’s value going down. The war has created a lot of unforeseen issues. But we are hopeful about the festive period,” said Desai of Grey Group India.

“It’s been a Promising H1 which shows that we can get back into the original strides as a whole in the ad industry. Digital is galloping & ATL is keeping close pace. This is a period that one could easily call ‘Open’ all across. Open touch points, open hearts and minds, open intent to explore - pretty close to what life used to be pre-2020.  Yet it won’t be a festive period of recklessness but of responsible consumerism given real climate concerns,” said Srivastava.