We must stop using broadcast techniques for OTT: Divya Dixit of AltBalaji

In an interaction with BestMediaInfo.com, Divya Dixit, SVP Revenue and Marketing, ALTBalaji, speaks about the success of Lock Upp, and the platform’s newly established AVOD business 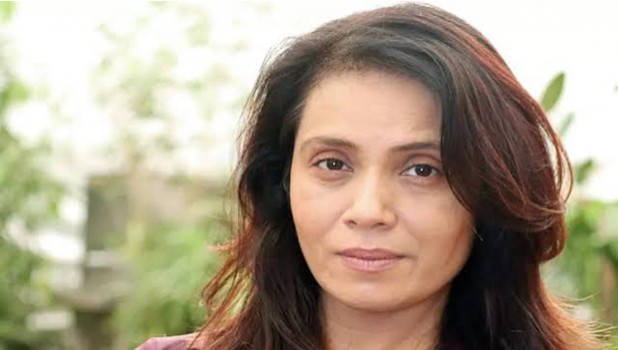 Despite the stronghold that platforms like Netflix and Amazon Prime Video have on pop culture, homegrown OTT platforms are also rising slowly and winning. ALTBalaji, an Indian OTT platform, that was launched almost five years ago had recently launched a reality show, ‘Lock Upp’ in partnership with MXPlayer.

As per the platform’s claims, the show has passed 200 million views across the two platforms and is turning out to be quite popular across cities like Delhi, Hyderabad, Mumbai, Bengaluru, Dehradun, and Surat.

Speaking about the show, Divya Dixit, SVP Revenue and Marketing, ALTBalaji, said, “Lock Upp has really got the nation excited because it is the only India-made format that is going global. We have got inquiries coming from different markets (for adaptations) and we are getting a lot of traction and viewership across the globe. Thanks to the show, our international reach has increased.”

“We are going to work on more such formats, because once you taste success, and understand the taste of the nation, why would you not want more such content on your platform,” she added.

She added that the decision to partner with MXPlayer was strategic and was taken after many rounds of internal deliberation. According to her, with more than 40 OTT players in the country, it makes business sense for two players to work together.

“We've never been insecure because we have been very sure of our strengths, narratives and marketing strategies. When we combine that with a great script and with the great distribution power of MX it became a win-win situation for all.”

ALTBalaji also established an AVOD vertical with the commencement of the reality show. Dixit stated that they wanted the show to be viewed freely by the audience and hence experimented with the AVOD format. However, she said that their SVOD business will continue to be the focus of the platform.

“For us, SVOD is always going to be the mainstay. Because that is what the business was built upon. AVOD is going to be an additional revenue stream for us,” she said and then went on to add, “I have set up AVOD businesses earlier; AVOD business takes time. AVOD businesses take time in scaling, so while we are working with Lock Upp, we have shifted at least 30 shows to the AVOD side for our audiences to get familiar with.”

According to Dixit, the OTT environment is evolving in the country and players need to focus on scaling their offerings rather than paying attention to the competition or following in each other’s footsteps.

She explained that in the OTT business the churn rate is high, but it is difficult to retain audiences. As per Dixit, the trick is to understand how to keep the business model viable and what are the new things that you can keep doing to get the cohorts back.

She said players need to stop stretching a genre too far. “For example, thrillers were being made, and then there was an overdose of thrillers in the market. People were just getting so saturated by one genre that when we launched ‘Crashh’, a family show, in the middle of last year they were thanking us that it was not a thriller. I think you need to be smart as a platform, you cannot just follow others blindly. You need to work with a variety of content.”

“I also think that creating expensive content is not the answer. Some platforms think that just because the space is evolving you should take big-budget stars, with flashy content and a high cost of production, that does not work because your recovery then goes for a toss,” Dixit said.

“I see platforms dropping one episode daily but isn’t that a broadcast technique? What if the audience wants to binge? So, you would rather work on discerning stories, digital was made for stories that were not being told anywhere else. It is time for us to evaluate that doing broadcast techniques for OTT may not work,” she concluded.