Across the world, publishers and governments are forcing technology firms and social media platforms to share revenues with content creators and publishers 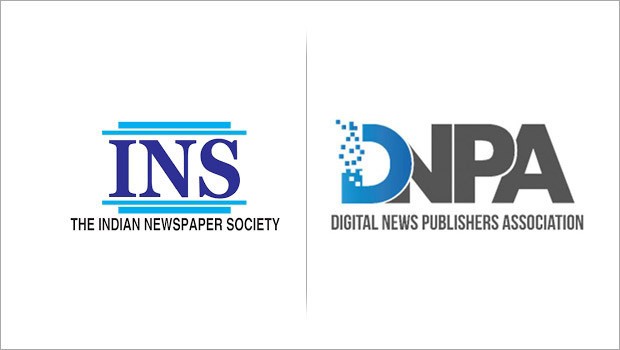 Earlier in January this year, CCI (Competition Commission of India) ordered a probe into Google when DNPA (Digital News Publishers’ Association) complained against the search engine giant’s abuse of dominance and not being transparent in terms of offering fair compensation to news publishers.

DNPA has lauded INS’ efforts to complain against Google for abuse of dominance, not being transparent in terms of offering fair compensation to publishers.

Sujata Gupta, General Secretary, DNPA, said, “It is a natural course of action being taken. We welcome INS and all other Indian and global publishers to get aligned to this cause and work for the progress of credible journalism.”

In January 2022, CCI ordered an investigation into Alphabet Inc's Google after DNPA’s complaint. In its complaint to CCI, DNPA had said Google denied fair advertising revenue to its members, due to which members of the association have to suffer a loss of advertising revenues. The complaint further stated that by way of its algorithms, Google determines which news website gets discovered via search.

In March 2022, the Director-General of the investigation arm of CCI (Competition Commission of India) was supposed to file a report on the probe. But the wait for DNPA is going to be longer as CCI has now clubbed both the complaints.

Gupta said, “Looking at the nature of the petition and the attributes, CCI has agreed to tag it together and take forward the enquiry ahead with both the petitions. Therefore, it is taking time. There are certain queries that came up after we submitted the information. CCI will reconcile everything together after INS and our information and start the processes.”

INS in its complaint had alleged that the producers/publishers of news in digital format are not being paid a fair value for their content, despite them having invested heavily in creating appropriate content for the customers who search for news items using the Google platform.

A few news organisations are part of both INS and DNPA. When asked if INS complaint to CCI was strategically planned to double down the pressure on Google, Gupta denied. She said, “Both INS and DNPA are independent bodies and they take their own decisions. Also, the inquiry has been initiated and process is on. Hence, there is no correlation of this with the DGs report. There is a very comprehensive process which CCI follows which is necessary for a proper investigation.”

Across the world, publishers and governments are forcing technology firms and social media platforms to share revenue with content creators and publishers. In India too, the clamour for the same is growing. DNPA has been taking up the issue with the government on a regular basis for long now.

While Gupta is hopeful that India’s judicial system will announce a fair judgement on the matter, the CCI probe after INS and DNPA’s complaint is a milestone but not the ultimate destination, she said.

“There is definite merit in the case and we have full faith in the judicial framework. It is a global issue and, in many cases, a precedent is set. Australia, France, Canada, US are some of the successful examples. We are confident about a favourable outcome. The voices everywhere itself showcases the gravity of the matter. The world is getting united to protect freedom and growth of journalism, which is a very healthy sign. Once there is enough awareness about the issue and its implication favourable outcomes will follow from all corners. CCI is one such milestone but not the ultimate destination,” Gupta said.

Currently, almost 80% of India's total digital adex is cornered by Google and Facebook. The media houses that create most the of the news content that draws traction for social media firms get very little in return from the two platforms.

After a rebellious show put up by news publishers globally, in form of strikes, not sharing content with Google, the latter had to take major steps to protect the interests of news organisations.

In Australia, Google and others agreed to share a major part of their revenue with publishers. Google announced Seven West - which runs a number of Australia's biggest TV channels and newspapers - as the first major news publisher in Australia to join its Showcase programme, through which users can access paywalled content for free, with the tech giant covering the costs. The deal is worth a reported $30 million.

These were followed by global agreement with Rupert Murdoch's News Corp., which along with Nine, lobbied with the government to pass the bill to pay news publications in Australia.

The Australian law will inspire similar legislation around the world as governments come to terms with the rapidly changing media environments. Ministers in the UK and EU countries have cited Australia's example as an inspiration for potential future legislation.

In India too, Google introduced its News Showcase programme in May 2021. The tech giant sealed agreements with 30 Indian publishers to offer access to some of their content on News Showcase. While some publishers are happy with the additional revenue they earn from Showcase, a few also believe that this is a deterrent in discoverability and nuisance for smaller publishers. Some even argued that the amount of money Google is offering to Australian publishers through Showcase is a lot more than what they are giving in India.

Gupta said, “Some organisations may be swayed by some small short-term gains offered by tech giants but we are confident that both global and Indian publishers will continue to be aligned to this cause.”

Moreover, France already has already implemented an EU copyright law with aims similar to the Code which Australia implemented. Google has launched a program for paying for news in Canada with 11 publishers in October 2021.

An expert on technology, on the condition of anonymity, countered the publishers’ standpoint and said that publishers are already being compensated well by Google that provides publishers tech support and an opportunity to them to earn money without even reaching out to brands for hardcore sales. He said, “What else does one want? It would have been challenging if publishers had to get so many ads on their own.”

To which, Gupta answered, “All we have repeatedly asked for is transparency and fair share. On one hand, credible news sources globally are facing a survival battle due to lack of financial resources and on the other hand, on back of traffic generated due to this content, tech giants continue to prosper. Can this happen if there is a fair and transparent system in place. There has to be some fundamental flaw in a system where amongst two equal contributing partners one continues to exponentially prosper and other fights the survival battle. The financial data, traffic and global health of digital publishing ecosystem is a good enough indicator of the reality. Also, big tech doesn’t just control the advertising eco system but also the user ecosystem. Hence it limits our ability to monetise directly.”

Globally, not just Google, but Facebook is also facing the heat over the issue of fair payments to publishers. In a recent case of March 2022, around 30 independent media publishers in Australia took part in #WaitingOnZuck, a 24-hour campaign in which they didn’t publish news on Facebook to create pressure to pay for content. This movement caused a huge revenue loss to Facebook.

Will Indian news organisations ever take such stern steps in the future if Google and Facebook don’t agree with news publishers demand?

Gupta answered, “We are here to provide good quality journalism and ensure transparent ecosystem exists, where everyone is winner. Future roadmap will be decided as per the situation, but the publisher’s community is united on this issue and we have complete faith in our judicial and legislative authorities. One thing we all should understand that this matter is not about a particular body or publisher, but will determine the future landscape for the position of fourth pillar of the democracy.”