The news about Padhi’s sudden exit from the agency he founded with Agnello Dias in 2009 shocked everyone in the industry. BestMediaInfo spoke to Piyush Pandey, Rohit Ohri, Josy Paul, Shashi Sinha, Manish Bhatt and KV Sridhar on what they had to say about Padhi’s incredible professional journey so far 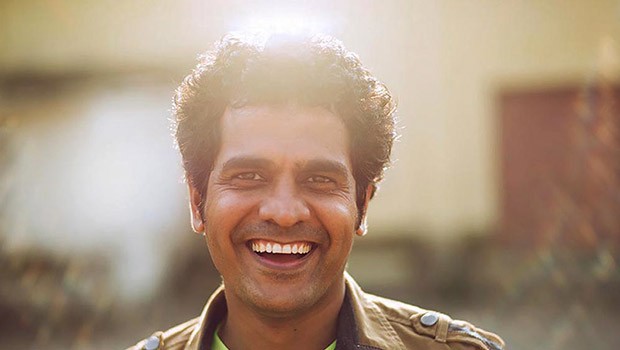 “When a player walks off the field after a great innings, the applause is not just in appreciation of the innings played. It is with the expectation of seeing many more such innings.”

On Monday, Padhi’s (aka Paddy) sudden departure from his own agency came as a shocker for everyone in the advertising and marketing industry. “It shouldn’t have happened in this manner,” is what everyone had to say. His departure comes close on the heels of Ajay Gahlaut’s appointment as dentsu Creative India’s Group CCO. Manish Bhatt, Founder Director, Scarecrow M&C Saatchi, expressed his shock at the news. “I have heard the story of Steve Job’s exit from Apple and his re-entry into Apple and how. I have firm faith in Paddy’s integrity, solidarity, strength and power as a creative person. No one could snatch Apple from Steve, and similarly, no one will be able to uproot Taproot from the soil nurtured by the gardener we know as Paddy.”

Earlier in June this year, Taproot made some leadership level rejigs and announced that Agnello Dias (Aggie) would move on to a role as a consultant for key brands, but last week he too put in his papers. Recently, the dentsu network lost several of its good leadership talents, including Gopa Kumar, Shamsuddin Jasani, Gautam Mehra, Soumitra Karnik and many others.

KV Sridhar aka Pops, Global Chief Creative Officer at Nihilent Hypercollective, said, “It is important for new talent and new leadership to come in but not at the cost of brilliant talents and exceptions, which is what Dentsu will be missing. They will be missing credibility and high calibre talent. Aggie and Paddy both are global talents. They can find jobs anywhere in the world. They rose in life because of their own talent. They are world-class creative guys and ahead of their time. It is dentsu’s loss, but I guess these things happen in life.”

An art graduate from Mumbai, Padhi began his career with DDB Mudra. He then moved on to Leo Burnett, where he was an Executive Creative Director and later became the National Head of Art. Dias began his advertising career in 1989 and after working with many local and international agencies, including Dart, Interpublicity, Lowe and Leo Burnett. Later, he joined JWT India in 2005, where he soon became the Chief Creative Officer.

It was in 2009 when the art and copy duo Padhi and Aggie, decided to together launch their independent creative boutique Taproot India — a bold independent setup that wouldn’t participate in industry pitches and charge a premium, i.e. what it deserves.

Pops commented, “Just like a father, I wished they had not changed their jobs. But if they find something better and then do something good in life, you will be happy for them. However, currently, I am a little worried as times are changing and the way things are changing and where advertising is headed. Traditional advertising has shifted completely to digital and one needs a different set of skills and understanding for that.”

Although Pops further said, “However, the same Paddy has won the first cyber Cannes for India. Only very few people will realise that it did not come from any digital agency or any tech-savvy company. I hope he finds this for himself and keeps the flag up for many years.”

With certain work principles set straight since its launch, the agency grew at a galloping pace and then there was no looking back. Taproot created history by bagging four Gold for its Farmers Suicide campaign for Times of India, at the Cannes Lions Awards in 2013. It is a feat that no other Indian agency has been able to achieve until now.

Over the last 12 years, Taproot dentsu rose to become one of India’s most prominent creative agencies, notching up several accolades along the way. When the agency was only a year old, it won a Gold and a Silver Lion for its Conqueror Papers campaign at Cannes. In 2010, it was the only agency in Asia to win a Gold Clio. The same year Taproot was rated the No. 1 Independent Agency from India at Cannes and ranked among the Top 20 Independent Agencies in the World in the Cannes Survey. The agency was also declared the Best Performing Agency from India at Adfest Thailand 2010.

The accolades are not limited to just the awards. Taproot has topped Gunn report in India twice and has been in the top three for several years. It became the first-ever Indian agency to win the ‘Creative Agency Of The Year’ title at Adfest. It is also an aspirational agency was many young creative talents in India. Taproot has been rated in the top three awarded agencies in India for the last 12 years consecutively, be it at local or international awards.

Taproot was acquired by dentsu Network (then run by Rohit Ohri, currently the Chairman and CEO, FCB Group India) in 2012, which was the network’s one of initial acquisitions in India. Both Paddy and Aggie had a lock-in of five years and their 100% share transfer/handover happened back in 2017. The agency then became Taproot dentsu.

Ohri told BestMediaInfo.com that Paddy's story is an incredible one of how far talent can take a person. He said, “I interacted with him very closely during the time I was negotiating the acquisition of Taproot at dentsu. What I love about Paddy is his passion for excellence. He is at times obsessive about getting the execution of his ideas right. In many ways, I would say he was a pioneer, showing the Indian advertising industry that great ideas are nothing without great execution.”

Over the next year, the winning streak for Taproot continued. The agency won Cannes Gold for the ‘I’m Mumbai’ TV Campaign in 2014 and Grand Prix at Spikes Asia in 2015 for Mumbai Mirror.

Pitted against India’s top creative agencies, in 2017, Taproot dentsu became ‘Agency of the year’ at Goafest 2017 and in the same year won the Integrated Grand Prix and Agency of the year 'India' at Spikes Asia.

His contribution to the Indian advertising industry is not just limited to awards. Ask anyone who has come into contact with Paddy and they say he’s been a true friend to all. If anyone asks for help, suggestion, mentorship and opinion, he treats the matter like his own.

Shashi Sinha, CEO, Mediabrands India, said, “Paddy's journey is an epitome of how good talent takes people to places. Not just has he grown his baby (taproot) into India's one of the best creative setups, but equally added value to the advertising and marketing fraternity. I have known him for long now and wish only the best for him.”

Come 2021, the agency became the most ‘Awarded Agency from India’ at D&AD and Adfest as well.

A very important advantage of working in the advertising and marketing world is that one has the power to bring about meaningful purpose-driven changes along with meeting business goals of brands.

Throughout his career, when given an opportunity, Padhi ensured he would come up with creative ideas that would add value to our society. Be it TOI’s ‘Farmers suicide’ campaign, ‘Conqueror Papers’ campaign, campaigns for Free Press Journal or Padhi’s own favourite ‘Adidas Odds’ campaign for para-athletes. Josy Paul, Chairman and CCO, BBDO India, added, “Many of his campaigns combine social and cultural aspects with powerful brand purpose. He has been influencing and contributing significantly to creativity in our industry for decades.”

Paul vouches for Padhi’s creative energy. “His drive, passion and limitless artistry have led him to deliver continual path-breaking work that has resonated with people and won worldwide recognition. He is a master image-maker and an engaging storyteller. You can see it in every piece of work he has created. Paddy is a lighthouse for anyone who wants to impact the world of advertising,” he said.

When an independent agency is acquired by a network agency, one knows that several prefixes and suffixes (advantages and disadvantages) will come along with the acquisition. But one wouldn’t have imagined that one day, the network agency would decide to altogether cease the existence of the once-independent agency, which was the most awarded, bold and creative brand of India.

On leaving Taproot after running it for 12 successful years, Padhi is confident that the new leadership team at Taproot dentsu will set the tone for the future of the agency. He said, “They are a talented bunch of minds and I am confident they will continue to drive Taproot dentsu’s creative reputation going forward. I preserve some beautiful memories, which will always be close to my heart. My best wishes to the young and dynamic network for their further journey."