Netizens like Rahul Dravid as ‘Indiranagar ka gunda’, but ask where is Cred in its latest ad

Launched on April 9, the ad has garnered over 3.4 million views. The advertising and marketing fraternity is divided on the ad. Some praise the ad’s celebrity usage strategy, virality and the entertainment factor. Others criticise the ad for wasting money, not able to decipher Cred’s positioning and what is it trying to sell in the ad 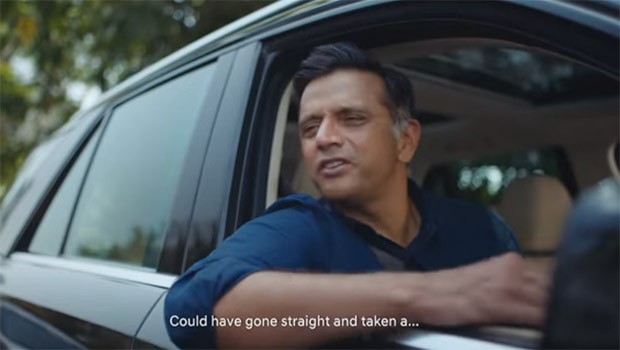 The Indian Premier League (IPL) 2021 commenced last week and along with it, several brands have put their best foot forward with smart and entertaining ads.

Just like the last year, the app’s ad has yet again become the talk of the town and has garnered public attention. The advertising and marketing fraternity is talking about the brand’s marketing strategy on social media. In fact, many brands have jumped on the bandwagon of meme and social media marketing around Rahul Dravid as ‘Indiranagar ka Gunda’ and shared posts around it.

Launched on April 9, the ad has already garnered over 3.4 million views. The icing on the cake is that it has fetched massive organic reach and engagement across social media. The brand has struck gold with Virat Kohli tweeting the ad, who himself has a following of more than 41.4 million on Twitter.

The advertising, marketing and the content creation fraternity is, however, divided on the ad’s marketing strategy. While some praised the celebrity usage strategy, virality and the entertainment factor of the ad, others criticised it for wasting money, saying they are not able to decipher Cred’s positioning and what is it trying to sell in the ad.

Below are a few social media posts by some known names in the industry going gaga over the Cred ad:

Karthik Srinivasan, Communication Strategy Consultant, wrote on LinkedIn, “I do expect more celebs to play against their type in this IPL's Cred campaign. Imagine Jim Sarbh announcing, "...as ridiculous as our Prime Minister agreeing that demonetisation was a blunder"! Good shockvertizing, middling brand communication.

Taking the critics down, Sambit Mohanty, Head of Creative, McCann Worldgroup, posted on LinkedIn, “What I find really funny is that creative people (agencies/ex-agencies) who haven’t made anything memorable in their entire lives are finding all sorts of reasons to trash the #cred ad. From ‘xyz strategy’ to ‘no brand connect’ to ‘I could’ve done that better’ - dude, if it’s not getting talked about, everything else is academic (to paraphrase Bill Bernbach). Green-eyed much? #ThereISaidIt #WishIHadDoneIt”.

Nikhil Taneja, Co-Founder and CEO, Yuvaa Originals is also all praises for the campaign on social media.

I have no idea how the CRED team got Rahul Dravid to do this but I have never seen him have such a blast! This is a unicorn alright @kunalb11  https://t.co/kaltjp61tY

Vani Gupta Dandia, independent business consultant and former Category Director, Indian snacks, Foods at PepsiCo, wrote, “I know this sounds ridiculous, but has Cred crossed all limits of creative and funding arrogance? The first match of IPL and my WhatsApp groups are all buzzing with discussion on this latest Cred ad. It's shockingly arrogant, distasteful, senseless, advertisingly brainless. The only element of branding is the curly big nose (I love that guy's face, and I describe him such with greatest fondness) talking into the camera. But what the 'curly' says is impossible to register because the ad is suddenly hijacked by Dravid whacking his bat around. You're suddenly thinking what happened? Are they different ads? Cred has so much money that they signed up Dravid, then didn't know what to do with him, so they patched him at the back of 'curly'!”

Ashok Lalla, Digital Business Advisor, wrote on Twitter, “I've seen the Rahul Dravid ad. I've seen a gazillion posts talking about it. I'm still not even considering using the brand whose ad it was. Same as after all its earlier ads and their resultant chatter. Maybe I'm not their TG. Or they haven't figured how to influence me.”

I've seen the Rahul Dravid ad. I've seen a gazallion posts talking about it. I'm still not even considering using the brand whose ad it was. Same as after all its earlier ads and their resultant chatter. Maybe I'm not their TG. Or they haven't figured how to influence me.

Aniruddha Guha, Screenwriter posted on Twitter that the new Cred ad featuring  Rahul Dravid once again shows the brand knows how to create great content with celebrities, while still not telling us why the hell we must use the product.

This new CRED ad featuring #RahulDravid once again shows the brand knows how to create great content with celebrities, while still not telling us why the hell we must use the product. pic.twitter.com/kk1h89iC7W

This year, Cred will launch a total of six ad films over the course of the IPL tournament’s tenure. The videos are set to have Jim Sarbh engage with the audience to highlight the numerous, albeit, unique benefits of being a Cred member. The creative minds at Early Man Film produced and directed the ad films. The campaign was written and conceptualised by Tanmay Bhat, Devaiah Bopanna, Puneet Chadha, Nupur Pai and Vishal Dayama and executed by DDB Mudra and 22Feet Tribal Worldwide. To set the tone of the campaign right, Karan Malhotra lent his expertise to compose the music for the films.

Kunal Shah, Founder and CEO, Cred, said "We are happy to continue our association with the IPL for the second year in a row. At Cred, we believe in rewarding good financial behaviour. With this campaign, we want to instil our message of the importance of financial literacy and educating viewers on the rewarding benefits of practising responsible financial behaviour. ”

Ayappa, Director and Co-Founder, Early Man Film, said, “It’s that time of the year when we collaborate with our favourite 90s heroes and make them do strange, yet wonderful things for Cred. I hope everyone enjoys these films as much as they did the last set.”

Tanmay Bhat’s tweet about his experience working on the film:

The netizens’ favourite part of the film seems to be Dravid calling himself as ‘Indiranagar ka gunda’. Losing no time, several other brands created memes and social media posts on these lines.

Here are some posts by brands:

Calling all angry gundas of Indiranagar to get out of traffic Jammys, sit Toit at home, and order in some Chakum Chukum. You chill Bob's, we'll be your Sarathi and come Humming to your Corner House with a Shalimar delivery. Stepping out should always be Plan B.

Want to avoid turning into an angry gunda in Bangalore traffic? We have a podcast for that.

Some of Dravid’s best performances ???? pic.twitter.com/fDN9a2juVs

Reports coming in from Indiranagar that a Gunda is breaking cars, if this Gunda has damaged your car too, we are offering free upgrades.