The guidelines mandate a three-tier grievance redressal mechanism to enforce the Code of Ethics that will include self-regulation, followed by self-regulation by independent bodies and lastly the government's oversight mechanism 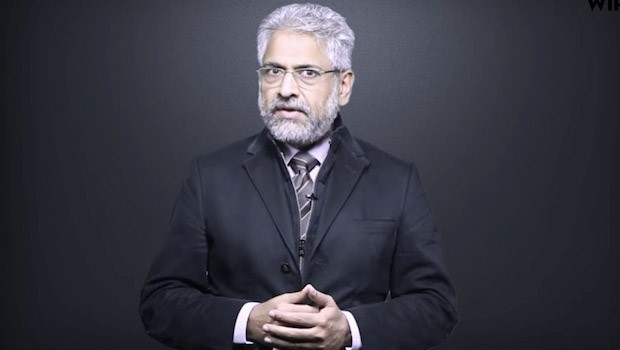 Criticising the new guidelines issued by the government, mandating digital news platforms in India to be governed by a Code of Ethics and a three-level grievance redress mechanism, Siddharth Varadarajan, Founding Editor of The Wire, said they are an additional burden on digital publishers.

“On a quick reading, the burdens being placed on publishers of digital news go beyond the basic restrictions on freedom of speech (and thus freedom of the press) envisaged by Article 19 and are, therefore, ultra vires the Constitution. Digital publishers are already subject to Article 19 restrictions and the numerous defamation cases filed against them, not to speak of various criminal cases, are proof of how existing laws are being used (or abused) in order to regulate digital media," he said.

Varadarajan stressed that the Indian Constitution does not grant the executive the power to judge the suitability of the media’s content and the move will hamper the freedom of press in India.

"Granting an inter-ministerial committee of bureaucrats the power to pass judgment on what can and can’t be published or to decide on whether a media platform has responded adequately to grievances raised by members of the public has no basis in law and will amount to killing freedom of the press in India. Just to reiterate, existing laws already define the reasonable restrictions on press freedom in India and any reader or government official with a grievance is free to seek a legal remedy provided it falls within the four walls of the ‘reasonable restrictions’ defined by the constitution and 70 years of Indian jurisprudence on them. The media cannot be compelled to address ‘grievances’ that go beyond that Lakshman rekha,” he said.

The digital news platforms will now have a three-tier grievance redressal mechanism to enforce the Code of Ethics. This will include self-regulation, followed by self-regulation by independent bodies and lastly the government's oversight mechanism.

The guidelines also mandate digital media companies to appoint a Grievance Redressal Officer who will be based in India and will be responsible for the redressal of grievances received by it. The guidelines state that the independent body “shall be headed by a retired judge of the Supreme Court, a High Court or independent eminent person and have not more than six members.” As part of the oversight mechanism, it will establish an inter-departmental committee for hearing grievances.

The portals are now required to observe both the Press Council of India guidelines and the Cable Television Networks Regulation Act’s Programme Code, which hitherto governed newspapers and television, respectively.

“Traditional media has to follow Press Council guidelines and the Television code but there is no such thing for digital platforms. That is why the government needs to create a level-playing field. So all platforms will now have to follow the same guidelines,” Prakash Javadekar, Minister of Information and Broadcasting said in a press conference on Thursday.

Though the government had brought online news portals under the ambit of the Ministry of Information and Broadcasting last year, they were still largely unregulated as there were no guidelines to govern them. Titled the ‘Information Technology (Guidelines for Intermediaries and Digital Media Ethics Code) Rules, 2021’, these regulations would be the first attempt by the government to regulate the digital news medium.

“The Rules establish a soft-touch self-regulatory architecture and a Code of Ethics and three-tier grievance redressal mechanism for news publishers and OTT Platforms and digital media,” the Ministry of Electronics and IT said in a press statement.