FMCG, Consumer Durables and Electronics witness at least 20% growth over 2019 festive season. Even as the auto sector registers a decline of 30% in sales over last year due to supply issues, its festive ad spends will continue till Christmas 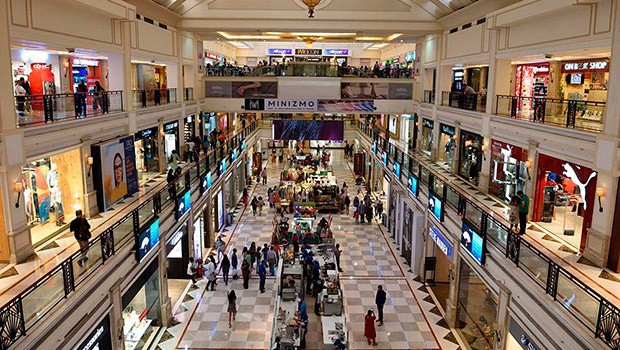 Most of the industries including FMCG, consumer durables, electronics, have witnessed better-than-expected demand this festive season that kickstarted with Navratri and continued till Bhaidooj.

Many brands told BestMediaInfo.com that they are expecting this momentum to continue till the end of this year and they will sustain their festive ad blitzkrieg with major bets on digital and TV.

Mayank Shah, Senior Category Head, Parle Products, said that Parle Products and other FMCG companies witnessed a robust demand this Diwali. Diwali sales for consumer products this year was Rs. 1,25,000 crore compared to about Rs 75-80,000 crore of sales in 2020.

“The growth has been really huge this year. We have seen 18-20% growth compared to pre-Covid levels. Typically biscuits don’t really weigh big in our category, but this Diwali was an exception. We saw good traction not only in just biscuit but also the adjacent categories like confectionery, cake and rusk,” he said.

The recent CAIT (Confederation of All India Traders) report has cited that offline trade during this Diwali has contributed Rs 1,25,000 crore, up 108% over pre-Covid period despite the growth of e-commerce.

Having observed the similar pattern, Shah said for FMCG e-commerce still contributes less than 2.35% of the total sales.

In case of Maruti Suzuki too, 35% of the enquiries this season were online and around 22% of the total sales were through digital platforms.

However, the Passenger Vehicles segment experienced the brunt of low stocks the most, especially since demand was there but supply pressures continued to plague. The entry-level two-wheelers got hit by high fuel prices and it was no lesser than the worst ever festive season for dealers and customers in equal measure in the category. 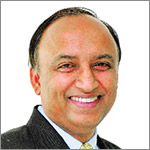 Shashank Srivastava, Executive Director, Marketing and Sales, Maruti Suzuki India, said “The growth comparison with last year can be misleading because this year there was huge constraint in terms of vehicle supply and also last year because of the pent-up demand the festive season was the best ever. Last year as per the industry estimates about 450,000 passenger vehicle cars were retailed in that period. This time it is estimated we will have 305,000 only. There is a huge reduction in terms of the stock levels.”

On the demand parameters, he said that bookings are roughly similar and enquiries have seen growth. In terms of retail sales, there has been a drop of almost 30% over last year.

“Generally festive period is about 15% of the total years’ sales. This reduction during the festive season largely is because of the supply chain,” he said.

In the case of electronics, there has been a massive growth this season.

Brands including realme have sold more than 5.5 million smartphones, contributing to Rs 5000+ crore of GMV to its overall sales during festive period. It grew by over 40% year on year.

With the revival of consumer sentiments to pre-Covid levels, consumer durable industry too has reported 20% growth, as per the multiple reports.

Shirish Agarwal, Head of Brand and Marketing Communications, Panasonic India, said that the company has seen a positive response for the festive season which was majorly driven by positive consumer sentiments and a robust demand for value proposition appliances. “E-commerce further propelled this trend driving the penetration across rural markets. Although the online channel has grown, the offline channel continues to play an important role in sales,” he said.

Increased spending in advertising to continue till Christmas:

Parle Products was heavily present on digital and TV along with a little bit of print during the season. The company had increased ad spends by 15-20% for this quarter over the last quarter.

Shah said, “Definitely, there was an increase in ad spends for most categories. Starting August, most of the advertisers started making up for the lost opportunities during the first quarter. Most of companies went all out buying media this time during festive season and there was heavy presence of all sorts of brands predominantly on TV and digital. This increase will sustain till Christmas.”

He emphasised that it is the time when robust demand is coming back and most of the companies are looking to make up for the lost first quarter sales by having enough stock and simultaneously creating pull through heavy advertising.

Ad spends saw an increase in the case of Maruti Suzuki too.

Automobile brands usually spend more either when there are new launches or while there is a need of sustaining the brand in the market.

Srivastava said that for Maruti Suzuki, the latter wasn’t the case because there has been a general shortfall and there is no stock.

“Ad spends on sustenance have come down. Spends on launches have increased. We increased our digital spends and spends on corporates. We spent on CNG brands for across eight brands and did some activities for fuel efficiency and on the technology part. But overall spending this quarter was higher than last year (although slight increase) and this will sustain until Christmas for the whole Q3,” he said.

For the company tactical spends are largely on print followed by TV and digital.