The brand’s ‘Taane Palat De’ campaign, however, focuses on social media too. Arnab Roy, Vice-President and Head, Marketing, Coca-Cola India and South West Asia, says OOH and in-store activations will also be a part of the media mix for maximum impact 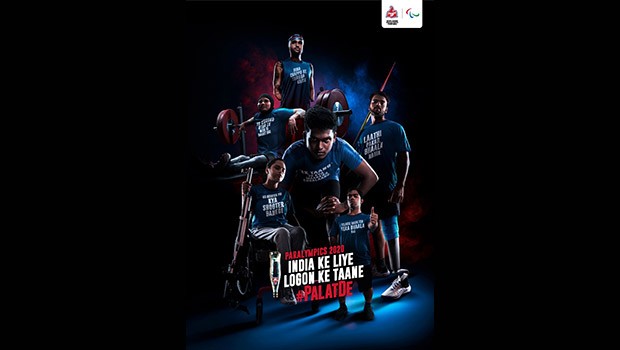 Thums Up, the official partner of the Tokyo 2020 Paralympic Games, has launched a campaign titled ‘Taane Palat De’ to salute the strength and resilience of Paralympic athletes, and support inclusion and diversity in sports.

This new campaign comes just after the Tokyo Olympics 2020 ‘Palat De’ film that was highly called out on social media for onboarding athletes to sponsor carbonated drinks. As the brand plans to go with a mass media approach to have the most impact within two weeks of its new campaign launch, Arnab Roy, Vice-President, and Head, Marketing, Coca-Cola India and South West Asia, said the brand will leverage TV, digital, OOH and in-store activations. TV will have the maximum allocation of its ad spends.

“For our media planning and buying team, and the agency, the brief was very clear—in the next two weeks, we need to make an impact. And in whatever ways the team feels the maximum impact in terms of the spirit of the message. Given the Indian context, mass media, which is basically TV, will take the lion's share of our investments. But I think how we leverage social media will be very important.”

Roy said the brand will be very heavy on digital too and is looking at selective activations even with its key partners and stores.

“We are going to ensure the Tokyo Paralympics has a similar impact as we had with the Tokyo Olympics,” he said.

The Coca-Cola Company’s home-grown brand Thums Up is the first FMCG brand to partner with the Tokyo 2020 Paralympic Games.

Being the longest continuous corporate partner of the Olympic Games, the brand had first launched the #PalatDe campaign for Olympics 2020. The campaign had taken on board wrestler Bajrang Punia, boxer Vikas Krishan Yadav, archers Deepika Kumari and Atanu Das, and members of the Indian shooting team, including Manu Bhaker, and had drawn some flak on social media. Netizens wondered if professional athletes even consume these carbonated drinks, and if not, why were they promoting these.

Do professional athletes drink or are they even allowed to drink carbonated drinks, if not, why are they promoting them, although I prefer them to Bollywood stars anyday and they deserve the additional income but it gives a wrong message.Views?Please stay calm, it is a discussion

Just before the Tokyo campaign, Coca-Cola was called out and criticised when global football star and Portugal captain Cristiano Ronaldo removed two Coca-Cola bottles out of the camera view and encouraged people to drink water instead.

But Thums Up has yet again has launched another campaign with athletes.

The campaign features six athletes — Mariyappan Thangavelu (High jump), Sakina Khatun (Powerlifting), Suyash Yadav (Swimming), Navdeep (Javelin throw), Sumit Antil (Javelin throw), and Avani Lekhara (Shooting). The video effectively brings out the undying resilience of these athletes and their strength to persevere in the face of challenges. Battling everyday odds, the protagonists are seen wearing the ‘taunts’ they get every day from people on their T-shirts against the backdrop of the inspirational tagline #TaanePalatDe. The motivating tone of the film perfectly complements Thums Up’s brand message of ‘real heroism’.

Nayak said, “#TaanePalatDe is our ode to the heroes of Team India who have overcome all odds to represent India at the Paralympic Games in Japan. With this campaign, we are saluting their courage to #PalatDe all naysayers who had only one thing to give them: taanas.”

Through this partnership with the Paralympics, the brand aims to encourage inclusion and salute the real heroes of Tokyo 2020 who continuously strive to break the glass ceiling despite the challenges and are representing India at this prestigious global sporting event.

The high-decibel marketing campaign will have a series of videos and other related visuals for digital and social media to keep the audiences connected with the Paralympic Games and the Indian athletes.

Roy said this partnership is the brand’s way of standing in solidarity and saluting the sheer grit and determination of these athletes who have come from different walks of life but showcase the same heroism against all odds and challenges.

“As an extension of the Olympic Association, we treat the Paralympians at parity with any other athlete fighting their naysayers and representing India at this global sporting event,” he said.

The Coca-Cola Company has a long history of sponsoring major sporting events around the world. Through an eight-decade association, it is the longest continuous corporate partner of the Olympic Games. This year marks the beginning of the brand’s association with the Paralympic Games. These associations with sporting events underscore the company’s philosophy of endeavouring to be a part of the joyous moments and occasions of its consumers.

Deepa Malik, President, Paralympic Committee of India, said, “The partnership with Thums Up is a step forward in breaking stereotypes and myths around disability.

She said brands such as Thums Up are coming forward to provide a platform for Paralympians to tell their stories and provide the nation a chance to celebrate their journey and uplift their spirits. The brand is walking the talk by instilling values of diversity and inclusion through this association with the athletes, treating them at parity with the Olympians.

The Tokyo 2020 Paralympic Games will be held in Tokyo from August 24 to September 5.