Ronaldo’s snub to Coke: Is it time for brands to rethink their collaboration strategies?

Experts say brands should absolutely stay away from inappropriate associations and rethink their sponsorship strategies. They also foresee fewer instances of sports celebrities associating with products such as carbonated drinks

The recent incident of global star and Portugal football captain Cristiano Ronaldo removing two Coca-Cola bottles out of the camera view and encouraging people to drink water instead has not only wiped off $4 billion from Coca-Cola’s market value but has created quite a stir in the ad industry.

Not just Ronaldo, French midfielder Paul Pogba (a practising Muslim) too removed a bottle of Heineken beer that had been placed in front of him at a Euro 2020 news conference.

While experts believe the brand paid a heavy price for trying to leverage extra mileage, they explained to BestMediaInfo.com how they could have avoided these unfortunate incidents by being more sensitive to the context of brand promotion. 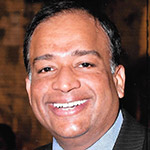 Soft drinks brands are sponsors of major global events, both sporting and entertainment. While it is part of their marketing focus to be present when consumers are enjoying themselves, Lloyd Mathias, Business Strategist and former marketing head of HP Asia Pacific, said they may now have to be increasingly conscious of associating with events where there is possibility of incongruities. 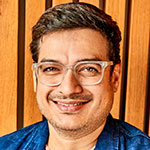 Soft beverages and sports stars were once considered a traditional match. But now Ronaldo has set the cat among pigeons and this bold move will have a significant impact on not just the consumers, but also among other top athletes across the world, said Sameer Makani, MD and Co-founder, Makani Creatives.

Following Ronaldo’s path, Paul Pogba removed a bottle of beer that had been placed in front of him. This can be a small gesture but it does influence many youngsters and children who watch them.

Makani said this incident will definitely force these big beverage brands to recalibrate their approach towards sports events for such unexpected turns.

Celebrity endorsements in general – often used by marketers as an effective tool to promote their brands – do carry the risk of negative rub-offs, depending on the celebrity’s conduct in the public sphere.

Using sports celebrities to promote products that are perceived as unhealthy run an even greater risk due to the incongruity of the association, said Samit Sinha, Managing Partner, Alchemist Brand Consulting.

In recent years, there has been mounting evidence and increased acceptance of the fact that soft drinks, especially carbonated beverages with high sugar content, are not healthy. Even fast foods, or for that matter, most processed foods, are now perceived as being detrimental to health.

“This incident should serve as a dire warning about the dangers of continuing to do so in the future,” he said. 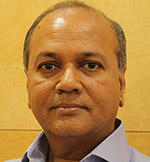 Ramesh Narayan, Founder of Canco Advertising, agreed that this episode would definitely make brands rethink their sponsorship strategies more closely in the future. After all, they are dealing with a large group of incredibly influential youth icons when it comes to sporting events.

However, Sridhar Ramanujam, Founder and CEO of Brand-Comm, said this event in a longer run won't have any impact on the brand since the concentrated TG for such companies are usually teenagers, who are mostly not very conscious about their health. 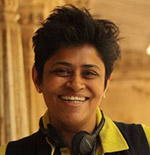 Speaking on how Coca-Cola could have avoided this event, Nisha Sampath, Managing Partner in the Bright Angles Consulting, suggested that brands increasingly need to be sensitive to context (where and how they are present).

Both Coke and Heineken could have avoided these unfortunate incidents by being more sensitive to the context of brand promotion. The issue here was a bottle of Coke kept in front of Ronaldo, suggesting he personally consumes it. If there was a Coke brand poster in the backdrop, she doubted Ronaldo would have asked for it to be removed. It was a case where the brand paid a heavy price for trying to leverage extra promotional mileage, she said.

Coke or any other soft drink brand would belong perfectly in the stands with spectators enjoying the game of football. But it does not belong in front of a sportsperson sitting down at a press conference.

Why brands need to avoid any unmatched collaboration

The public today is increasingly becoming critical of unmatched collaborations. Their criticism is not just against brands but ‘personal brands’ of celebrities who are paid to endorse these products.

Not only brands, Sampath said sports stars will be more careful before associating with such products as it can create a backlash against them. They will pay attention to the associations they build with their personal brand in the future.

“Brands must absolutely desist from inappropriate associations, not just when promoting categories that are today generally accepted as unhealthy but as a rule whenever such dichotomies exist,” said Sinha.

For example, no marketer would use a bald celebrity to endorse a hair-care product or a known vegetarian/vegan for a meat-based product.

Makani feels this incident could be a game changer for beverage companies to start focusing on some healthy drinks as the world moves towards a healthy lifestyle. The brands would now be more careful about product placements as this event will have a domino effect on upcoming sports events, he said.

Harish Bijoor, Brand-Strategy Specialist and Founder, Harish Bijoor Consults, said, “As the world of players and stars and their fans get more holistic in their approach to consumption, questions will be raised again and again, much to the embarrassment of brands. Therefore brands will progressively hedge their bets and avoid such embarrassment.”

People will always continue to eat junk food, and consume unhealthy soft drinks. This behaviour will not go away. While there is a market, experts said brands may continue to add offerings to cater to it.

Hopefully, Sampath said brands will be more responsible, more transparent about ingredients and calories, and will strive to include some healthier choices in their portfolio.

It will be increasingly counter-productive for a brand to be only associated with unhealthy diet options – something that McDonalds recently realised, and began to fix.

Most soft-drink companies line-extended their flagship carbonated beverages brands to low-sugar or sugar-free variants quite some time back. They diversified their portfolio to include fruit juices, fruit-based drinks and energy drinks, albeit under different brand-franchises. These were in response to the negative health associations the traditional carbonated soft-drinks acquired over years.

Sinha sees even more such “healthier” extensions in the future.

Tags: Ronaldo’s snub to Coke
More from this section