Can paywalls save newspapers?

The last 15 months have been devastating for newspapers with revenues falling almost 40%, especially for English publishers. The publications have invested heavily on digital. But can the digital revenue stream ever make up for lost print revenue? BestMediaInfo.com finds out

Between 2015 and 2020, the newspaper industry grew by a meagre 4% annually, which, if adjusted against inflation, might just end up showing de-growth.

In order to partially cover up for the losses, the big media houses had pinned their hopes on the paywall model, hoping that readers would pay for the news eventually.

But given that news is pretty much available for free, thanks to aggregators such as Google, can the paywall model save India's newspapers?

Experts say though there has been an exponential growth in the digital adex, the domestic news publishers make less than Rs 2,000 crore from digital advertising revenue and the paywalls.

"Between March 2020 and December 2020, newspapers lost around Rs 7,000 crore in advertising revenue. Whereas, they've gained less than Rs 500 crore during the same period as their pre-Covid digital revenue was in the range of Rs 1,500 crore," said an industry expert.

The expert said that though putting news behind paywall model is encouraging, it can never make up for the revenue lost in print.

"For example, if you take a major Delhi-based media house, their last quarter’s numbers were almost half of what they reported a year before that. The digital revenues, at a much lower base, rose by almost 50%. But then if you lose Rs 300 crore in print advertising, what good will a Rs 20-crore increase in digital revenues do," another media expert said. The same media house took both its English daily and business newspaper behind the paywall, but could gain only Rs 5 crore via online subscription despite offering an international publication free.

Do paywalls offer a silver lining?

To replicate the success of The New York Times vis-à-vis digital subscription may not be easy for Indian publishers. But paywalls have opened a promising revenue stream for them. "In my view, if newspapers become leaner and adjust to the new reality with lower overall revenues, paywalls can still offer them a chance to stay afloat," said another media observer.

The Hindu had put their e-papers behind the paywall around six years ago and in February 2019, their website went behind the paywall, allowing readers access to only 10 free articles. However, during the lockdown, they increased it to 20 free articles. In the first quarter of 2020-21, they saw a 100% increase in their digital subscription revenue over the fourth quarter of 2019-20, with the lockdown coming in.

Pradeep Gairola, VP and Business Head, Digital, The Hindu, said they have not witnessed any decline since then. “Our digital subscription revenue last year grew by 150% over 2019-20. I believe that even if there was no pandemic, we would have grown our subscription revenue, though it is anyone's guess by what percentage. We saw a dramatically large number of people coming forward to pay and that has continued even post-Covid,” he said.

“We continue to see very large growth for our digital products. So, the redemption of newspapers did not have any adverse impact on the e-paper and it continues to grow at a very healthy rate. Our reach, post-Covid, with our print plus digital products, will be more than our pre-Covid numbers,” he added.

The Indian Express had put their e-papers behind the paywall in December 2019. During the first lockdown, they took down the paywall for a while and even tied up with some banks to enable wider reach. 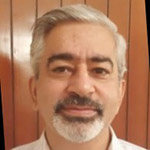 A year later, Sanjay Sindhwani, CEO, Indian Express Digital, said that there has been no definitive trend in their subscriptions. While many have continued to read the e-papers, many others have switched back to the physical editions. “We are also attracting a lot of new readers on the e-paper who are not traditionally our print readers. Some people who sample the e-paper are also buying the print paper today. They got used to our brand experience and our journalism so once the physical newspapers returned, they started reading them,” he said.

Gairola said that the pandemic pushed the digital agenda across the industry. “The pandemic contributed to the increase in digital subscriptions. Most Indian news organisations have started taking their digital platforms more seriously. Everybody wanted to build paywalls. But the pandemic brought in a sudden urgency and it nudged the publishers to speed their plans to adopt digital paywalls. We believe that in the next six months all the legacy publishers will push their e-papers behind the paywall and within two years, majority of publishers will have a paywall on their dynamic websites,” he said.

Express is also in the process of putting its websites and other digital content behind the paywall. “We are working on integrating some subscription platforms, and very soon we'll launch our products,” he said.

Despite paywalls generating substantial revenue for news publishers, would be able to compensate for the losses incurred on their print editions?

According to the FICCI-EY report 2020 on the Media and Entertainment sector, last year online news subscribers grew from 393 million to 454 million across mobile and desktop users of news sites, portals and aggregators. With 305 million downloads, the online news and magazine app downloads increased by 12% last year. However, the report mentions that though platforms have started putting some content behind a paywall, these aggregate to less than a million paying subscriptions across the country.

Meanwhile the same report mentions that print de-grew by 36% last year due to the Covid impact. Advertising fell by 41%, while circulation fell by 24%. But there was a surge in online news viewership, which is expected to have reached 454 million unique visitors in 2020, up from 394 million unique visitors the previous year. However, most print companies generated less than 5% of total ad revenues from their digital products. Moreover, a large part of the digital ad revenues goes to tech giants such as Google and Facebook.

For Express, digital is increasingly becoming more relevant and the share of digital in overall revenues is growing. “Everybody realises that the future is digital, but print is still pretty strong in this country, both in terms of advertising and circulation revenues. So print continues to be dominant for all newspapers in India today. There are two perspectives— because of the pandemic, print revenues have shrunk, while digital continued. So while digital has been growing at almost 25-30% year on year over the past few years, print was growing at single-digit numbers. Now, even that single-digit growth has slowed down, while digital still continues to maintain its growth. So the shift towards digital revenues was anyways happening. But the print growth has slowed down.”

While 90% of The Hindu’s revenues still come from their print editions, Gairola said they have begun focussing on digital in the last couple of years. “Previously it was not really high on the agenda of the group because the print business was growing strongly. It is only in the last two or three years that the company started investing and focussing more on its digital business. We need a certain amount of runway before it starts becoming a major source of revenue in the coming years,” he said.

Speaking on people’s willingness to pay, Pawan Agarwal, Chairman, Digital News Publishers Association (DNPA), said people are still not willing to pay. “Indian readers will have to be given content that’s worthwhile to be paid for. In the free internet era, they will not pay for it. But they will be willing to pay for information that's credible and reflects true journalism.”

Agarwal, who is also Managing Director at DB Corp Ltd, said Dainik Bhaskar is also building a paywall, but will not launch this year.

Sindhwani listed out multiple factors that have contributed to readers' willingness to pay for content. “Thanks to the growth of e-commerce and OTT platforms, people are learning to pay online. People now realise that the cost of misinformation is very high. Paying a small amount every month for good quality content and journalism is definitely worth it. If people realise they're getting value for money and they're getting authenticated, curated news, different versions and opinions from subject matter experts, they find value in that and therefore they don't mind paying.”

Calling it a mindset issue, Gairola quoted the Reuters Institute Digital News report of 2019, which found that 40% of Indians were likely to pay for digital news content compared to 18% in the United States. The World Economic Forum white paper of 2020 that said 67% of Indians were willing to pay for content.

“In the last 25 years, we have provided news freely. We have started doubting our own capability of charging and we have underestimated the power of the brand as a publishing industry. Once we start realising it, there are lots of opportunities. A lot of Indians are ready to pay, they only need a bit of a nudge,” he said.

Last year, 47% of Hindu’s digital revenue came from digital subscriptions. Gairola hopes that this year the subscription revenue will be more than the advertising revenue. “All the people are never going to pay for content. At best 5% will pay, but that 5% can build up a very strong sustainable organisation and a viable business model,” he added.

Sindhwani is bullish about the subscription model and believes that it has a strong future. Today, with people having experienced high-speed internet and being accustomed to digital transactions, he feels everything is in place for its growth. “Today, the experience for the consumer is compromised on websites with a lot of ads. The ad-led model is pretty broken and ads do not pay for the journalism that most traditional media houses create and support. If I have enough customers, I can actually give them a much better experience with fewer ads, and more relevant ads. Unlike the West, our large population allows us to price our product very competitively.”

Last month, The Hindu launched a dedicated app for their e-paper. Gairola said that they see a lot of potential in the product to grow. “E-paper is one product where India will have to take the lead in the world. Our European or US counterparts have almost written off the e-paper and are not so invested in it. In our case, our e-paper accounts for 50% of our digital subscription revenue. Our e-paper app will be pretty unique in the world. Our e-paper is growing at a very healthy pace and we feel that we need to reimagine this product.”

However, Sindhwani doesn’t believe that the paid e-paper model is here for long. “It will continue for a while, but it will not be a perpetual market. People will get accustomed to the digital edition. E-paper can be inconvenient to read, especially on the mobile. Some people will continue to stick to the e-paper. But I think many will gradually migrate. And as these technology platforms evolve, as the experiences get better, it may not be as important in the scheme of things 10 years down the line as it is today.”

Tags: Can paywalls save newspapers
More from this section