Major OTT platforms do not completely cater to the needs of people looking to consume regional content as they have only limited titles. That gap is now being filled by vernacular language platforms, which have seen a remarkable rise in recent times 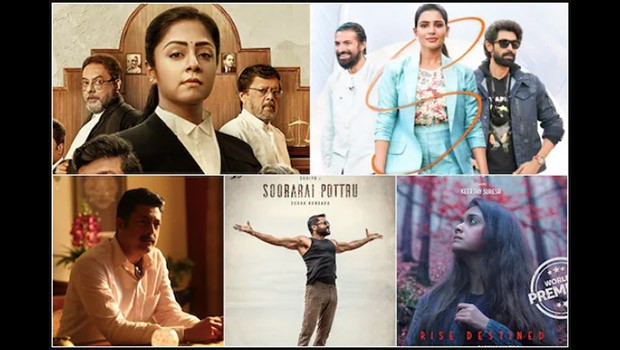 Malayalam film The Great Indian Kitchen was initially rejected by major mainstream OTT platforms. It was then streamed on Neestream, a Malayalam OTT platform, receiving phenomenal reviews from audiences and critics alike. Three months later, the film was eventually streamed on Amazon Prime, one of the platforms that had initially said no to it.

This example highlights the rise of vernacular language OTT platforms and how people across geographical regions are now logging into these platforms to watch content in languages other than their native tongue.

The OTT medium has seen phenomenal growth in the last year, owing to the Covid-induced pandemic that is keeping everyone locked up in their homes. Mainstream OTT platforms do not completely cater to the needs of people looking to consume regional content as they have only limited regional titles. And that gap is now being filled by vernacular language OTT platforms, which have seen a remarkable rise in numbers. Radhakrishnan Ramachandran, Founder & CEO, Studio Mojo, said they launched Koode, a Malayalam OTT platform, due to inadequate space for regional content on mainstream OTT platforms. “Content creators were looking for an alternative platform to express themselves. I believe regional OTT platforms will grow the same way regional media grew across other formats. Of course, they will face the same challenges players across other formats faced in terms of the size of the market they are addressing. But right now for us, it is about creating good content for the global Malayali audience,” he said.

They had launched one of India’s first OTT platforms iStream.com in 2011. “The reach of many regional language channels of YouTube and other social media channels is a clear indication that regional content will be a huge factor that will drive content consumption in the OTT and digital space. They indicate how aggressive the growth of content consumption in some of these languages has been,” he added.

Pallav Parikh, Co-founder of CityShor.TV, a Gujarati OTT platform, started it due to a similar gap in the market. “As compared to all the other languages in India, the Gujarati market has not developed much. The urban Gujarati industry is barely seven years old and not too many movies are made. But in terms of population share, there's a huge demand and it has not been explored fully,” he said.

Making the most of this time, Planet Marathi, a Marathi OTT app, will soon be launched. Akshay Bardapurkar, Founder, Planet Marathi, said they found space for an exclusive Marathi content maker. “Barring a few shows on some platforms, there isn’t any platform that is doing only Marathi. We are a good production house and people have been appreciating our work. So with that experience, we decided to create original content in Marathi OTT. Since theatres will not be open for a long time and everyone is looking for fresh content, we decided to start Planet Marathi.”

Bardapurkar plans to launch the app by July and plans to start OTT platforms in various other languages as well in the future. “The mainstream platforms don’t cater to regional languages. They have their policies and they will need to do a lot of research, which will take a lot of time. But eventually, I feel even they would go regional as that is doing much better than the mainstream Hindi language. Though Hindi is the official language, we have all grown up speaking our mother tongues and are attached to that identity,” he said.

In the last three to four months since their launch, Koode has crossed 20,000 downloads across multiple platforms, including Android, iOS, and Android TV. Ramachandran believes in the long run, regional OTT players such as Koode can cater to a much wider audience.

“We are a creator-driven network. We analyse data to understand what sort of content genres our audience is looking at. We believe good content will always have takers and will experiment across multiple genres and not necessarily focus only on the most popular ones like movies,” he said.

With so many regional OTT platforms coming up, the space has now become cluttered and the audience has a wide plethora of choices.

Speaking on how Koode is standing out in this clutter, Ramachandran said, “We are trying to build a new content ecosystem by bringing together a bunch of fresh talent looking for an alternative independent platform. We are putting together a content creator network in Malayalam. While a lot of platforms are primarily focusing on movies, we would like to bet on a wider range – looking at data and analytics. In terms of content strategy, Koode will pursue a two-pronged approach — creating original programming with this bunch of creators and curating content from other social media platforms.”

Ramachandran believes transactional VoD is more likely to work compared to traditional subscription-based VoD. “We are launching our pay-per-view by the end of the month,” he said.

Meanwhile, Planet Marathi is looking at making their platform into a super app that not only provides web series and films, but also has music streaming services, live non-fiction shows, games, karaoke songs, nonfiction content such as folk music, travel and food shows, stage plays, in a combination of online and offline, and interactive web films.

Apart from that, they will have a pay-per-view model called Planet Marathi Digital Theatres for some of their exclusive movies. After a few weeks, the same movie will be available in the SVoD format.

CityShor.TV stands out from its competitors in the Gujarati market with its urbane, youth-centric content. “We bring one original content every month. We are bringing new-age, urban Gujarati content to the market. Our content is the kind that you see on Netflix, but ours is in Gujarati. Nobody made that kind of content in Gujarati before because it's not financially viable to release them in theatres. This is quite different from our competitors who are more into the traditional Gujarati market.”

This has helped them become a go-to option for brands that wish to connect with the Gujarati youth. “No big players are very active in the Gujarati market. The kind of content that we make is largely urban and youth-centric. So if a brand wants to get connected to Gujarati youth, we are the best platform,” he said.

With their rapid rise, the question arises if these regional platforms can provide tough competition to mainstream OTT platforms in the coming years. Ramachandran said, “Apart from a few big-budget movies of which they have picked up rights, none of these platforms are focusing on any original programming in Malayalam. We understand the pulse of the audience better and have a good rapport with young talented creators. While we may not have the budget that these platforms have, you will see a lot of interesting programming coming from Koode.”

CityShor.TV is witnessing a 30-40% increase in their user base month-on-month since their launch in November. They also create their own content. “All the big players are currently only licensing the regional content. But nobody is focussed on making originals in regional languages so far. For example, Amazon is big in the Gujarati market. But they do not make the original series. They only lease the license of good content. We, on the other hand, are producing our own content,” said Parikh.

The pandemic has greatly helped these platforms as people have very few alternatives for entertainment with theatres being shut. “While movie halls will always remain a medium of mass entertainment, especially for hard-core movie fans, the shift to OTT has already happened. The sheer joy of watching your favourite content in your private space is something people across all age barriers have started enjoying and is here to stay and grow manifold,” said Ramachandran.

Parikh said, “Earlier, we had to push the content. We had to run ads and convince people to visit the app or to watch a particular content. But now people themselves do the research and try to explore new content on their own. The push factor has reduced significantly.”

Most of these platforms collaborate with brands to generate branded content. With most of them having no ads on their platform, this forms a great source of revenue.

Ramachandran said branded content is a strong focus area for them. They are in talks with many regional brands that see their platform as a much more efficient way of reaching out to their target audience. “We have launched an influencer network called Folo as part of Koode where we have onboarded close to 80 creators/influencers. Our marketing team will bring together these creators and brands since branded content is a strong focus area for us, especially for genres such as lifestyle and fashion, automobile, and technology.

CityShor.TV also doesn’t carry ads as they do not wish to ruin the viewer’s experience. So they also bank on branded content. “If a brand wants to push their product or service to lakhs of people through a traditional mode or even through digital, it takes a huge effort. But in a good show, it gets placed very easily because people are looking for content. It's very easy for any SME or a business to push their product service through this form of marketing,” he said.

While Planet Marathi is considering having skippable ads, they are also considering in-film branding and branded content. “Branding is an integral part without which I don't think any platform can survive and we are dependent on other brands to show themselves on our platform,” said Bardapurkar.