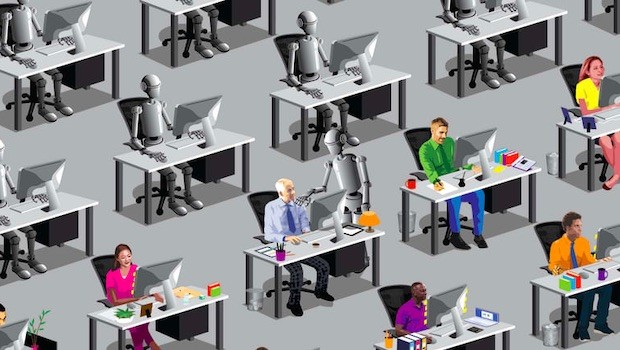 Last month, Wavemaker launched a new Artificial Intelligence-powered media planning tool, Maximize, to allow planners to create media plans for multiple audiences. It helps them to create an optimised campaign across channels and markets while saving a great deal of time.

Several agencies are now adopting AI and automating to simplify, accelerate and maximise their processes. This could range from simple functions such as scheduled emails to more complex functions like using AI for media planning. This is changing the way they function, making them more efficient and also helping them save on costs.

BestMediaInfo.com spoke to some agencies to understand how they have adopted automation technology in their agencies and its impact on their business.

Dentsu International started automating their processes in India and across the globe a while back. This involves the use of Robotic Process Automation (RPA), a technology that allows bots to execute business processes, and automation of other processes such as delivery, media services, and support functions.

“Automation helps sharpen service delivery because AI and the learnings coming out of data improve the product much better and helps take much more evolved decisions. It makes processes simpler and brings uniformity into the entire solutioning,” he said.

TheSmallBigIdea (TSBI), a digital and social media marketing agency, utilises automation technology for internal processes like work allocation, report generation and for scheduled posts so that people can focus on other functions that involve creativity and planning.  From a client standpoint, they have a tool called Advanced Content Evaluation (ACE) that uses technology to give stronger content insights. The Online Reputation Management (ORM) or sentiment analysis is also automated. “Use of data and tech for driving performance is a given, what differentiates our tech is the focus on using data for driving content insights. There is a serious amount of effort that goes into building the content. ACE, our tech product makes the creative process more data driven,” said Harikrishnan Pillai, CEO and Co-Founder, TSBI.

Though the process of automation began over three years ago at TSBI, Pillai said that the pandemic accelerated the process. “Clients became even more judicious about the money they spent and hence actionable insights became the order of the day,” he said.

However, Kishan Kumar MS, Chief Growth Officer & South- Head, at Wavemaker, said that they are not automating to cut jobs but only to get better and faster at their work so that the resources can be utilised to do better things.