The INS has been in talks with Google for the last three months seeking a fair monetisation of their content. They have formed a digital sub-committee of five members from different news organisations to address this concern 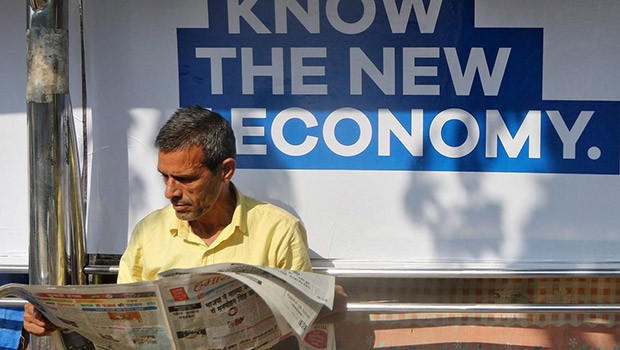 While Google continues to have discussions with the Australian government over sharing royalties with news publishers, Indian news publishers have also engaged in a dialogue with the tech giant with the same demand.

The Indian Newspaper Society (INS) has been in talks with Google for the last three months, seeking a fair monetisation of their content.

The society has formed a digital sub-committee of five members from different news organisations, led by Jayant Mathew, Executive Editor of Malayala Manorama, to address this concern.

“We have had a few meetings with Google to work out a formula for giving us fair monetisation for our content. It is clear that content from publishers is highly credible and hence needs to be paid for. We are evaluating monetisation models,” said Mohit Jain, Vice-President, INS, and also a member of the sub-committee.

Speaking about their interaction, he said, “Google in India is engaging us very professionally. They understand our logic. We have not reached any agreement but we are hopeful to conclude the matter in an amicable manner.”

According to a FICCI-EY 2020 report on India’s media and entertainment sector, digital news readership has grown to over 300 million users. This brings in a considerable amount of ad revenue to digital platforms. However, news organisations feel that a major chunk of it is taken by the tech giants.

“We get a very small percentage of the money that Google makes from the advertising on our website. This is due to their monopoly over the global advertising market. When I give my ad inventory to Google, I'm giving my work to them to monetise. But because they are the middlemen between us and the advertisers, they take a huge cut out of it. If they want to continue being the giants that they are, they have to start giving people some of the money they deserve,” said an industry expert, on the condition of anonymity.

“This is even more important in the era of misinformation. Google and Facebook have created an ecosystem where the distribution of content is very easy. You can now create content on the internet and with the right amount of money behind it, it can get mass reach in a split second. Now news publishers are doing the job of stopping the misinformation. When the ecosystem is creating a tonne of misinformation out there and publishers are the ones countering it, should they not get some incentives?” he added.

Speaking on the same lines, Jain said, “We have invested in thousands of journalists and field staff to collect authentic news. Significant resources are deployed for this purpose and to curate the content. It is only fair that Publishers should be adequately compensated for using their content.”

Though digital ad revenue is growing at the cost of print, it is technology and social media companies that are getting most of the revenue.

Ramanathan S, Partner, Content and Strategies, The News Minute, shares a similar opinion. “It would be interesting if a model like Australia where Google/Facebook are made to pay publishers is tried out in India as well. Many independent publishers like us would be able to benefit and create sustainable products if such options come up. However, India being a huge country with multiple publishers, large and small and even bloggers, it may take years to find the right way to implement it. News content, especially credible publishers, takes a lot of effort, and it costs money. Compensation from these large tech companies, which benefit from our content, will be a step in the right direction.”

Speaking on the implications of this development on the digital news ecosystem, Ramanathan said, “The digital ecosystem may become more mature. I think that may improve the content quality online.”

The industry expert suggested Google should provide a lump sum amount to the publishers and not based on the number of clicks they garner as that will put undue pressure on news publishers to carry clickbait content. He said it is imperative to move away from the performance model when it comes to news to provide quality content.

However, an expert holds a contrary opinion. “The Indian government should ideally have no role to play because our government already has too much control over the media. Passing legislation will give the government too much power. They should only be a facilitator. They can be a hands-off observer and judge to make sure that everything is happening in a smooth manner. This is a discussion that has to happen between Google and Facebook and the publishers.”

He believes this will help reduce the hate online as it will create an ecosystem where journalism gets the first preference. “Hate is created by fly-by-night operators and not credible news organisations. When credible news organisations get their due recognition and due resources, then there will be automatically a difference between the kind of space the hate sites occupy and the space credible sites occupy.”