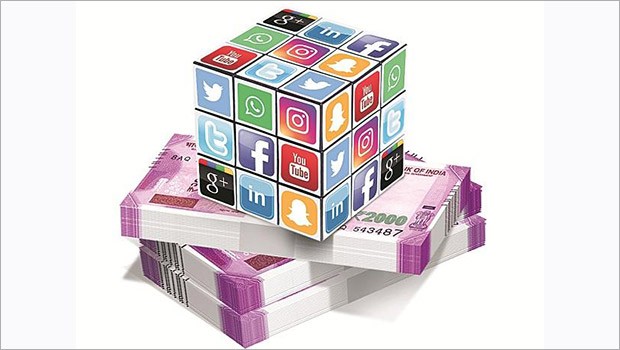 With the Covid pandemic dramatically pushing the growth of online platforms in India, digital advertising, including Indian adex, is likely to grow manifold. According to GroupM’s TYNY report for 2021, digital’s share of the overall ad spends is expected to be at 35%.

But as the digital landscape increases every day with new users and newer platforms, can homegrown platforms shake the monopoly of foreign giants such as Facebook, Twitter and Instagram?

According to Prachi Bali, National Head Client Partnerships and Business Head, North, FoxyMoron, advertisers are definitely keeping an eye on the progress of homegrown apps. “Homegrown platforms are slowly but surely gaining momentum. While they may not take up a bigger piece of the media mix pie anytime soon, they have the potential to become a critical part of it. Once these apps develop and provide robust offerings of inventory, targeting and measurement mechanisms to potential advertisers, they can compete with global platforms.”

“These apps are still considered as an experimental part of the larger media mix. I don't foresee advertisers allocating more than 7-10% of their budgets on them this year,” she added.

Priyanka Borah, VP, Client Services, Dentsu Webchutney, feels it will take something drastic to shake the monopoly in terms of ad spends immediately but not impossible. “2020 has significantly paced the digital transformation of the country at least by 5-6 years; so the sizable audience does need the engagement. It would be interesting to see smarter interventions by local platforms to tap into a vernacular-ready audience. It’s important to note that certain home-grown apps are skewed in their audience profiles. This audience may not be the right representation of a brand’s audience, hence attempting to shake the monopoly is very ambitious. The sheer investment in terms of advertising infrastructure itself would make the growth of such homegrown digital platforms a steep climb. Also important to remember is that these home-grown platforms would need to consistently deliver value to its real audience (advertisers).”

Borah said the focus audience for most brands at the moment is deeper in the heartlands of Tier 2-3-4 cities. She does expect audience focus to be significantly up for 2021. “I would predict homegrown OTT platforms, which are estimated to have added 3-4 million new viewers during the lockdown, would be the first additions to the existing platform mix. Newer apps when they come promise exciting new features that attract the audience. Hence, while localised/home-grown apps will see an initial burst, there has been no example of a global success thus far.”

The digital landscape in India is growing rapidly in the metros as well as rural areas as these platforms have a local appeal, says Manika Juneja, EVP Operations, WATConsult. “I feel the Indian homegrown platforms will definitely be challenging foreign digital media platforms. People who are not comfortable with Hindi, English and other major languages are spoken in the country will definitely go towards platforms like these. With the entire Digital India movement and the ban of TikTok, a lot of new players have seen a major number of downloads and an increase in the user base in the last 5-9 months. Of course, there is potential,” she said.

She said when brands want to target a specific set of audience that is regional in nature and look for a multi-lingual approach, these platforms open up. “They are giving strong competition to niche pockets where it is required,” Juneja said.

Can the Government’s push increase ad spends on local platforms?

According to Bali, the Government’s push will certainly enable applications such as Koo to get more downloads. “Different platforms come with a diverse set of audience, measurement metrics, and reach. When debating on the media mix for a campaign, advertisers need to allocate their budgets to platforms that will help them optimally reach their target audience. The platform of choice could either be YouTube, Facebook or any homegrown app such as Koo, depending on the objective of the campaign.”

According to Juneja, for advertising spends to retain on platforms such as Facebook, they must try to customise according to the Indian market.

“The interesting part about apps such as Koo is the sizable audience penetration it would deliver. Vernacular-first content, micro-blogging and ambitions of garnering a 10-crore audience by 2021-end only go to show how the scrutiny of Twitter could be potentially used,” said Borah.

“The moment the app starts to monetise, I can safely assume the ad spends will move. However, concerns of safety and privacy these apps face will make the process longer. The biggest thing to consider for ad spends is R&F (reach and frequency). With more reach, more people can be targeted, but for frequency, are there enough people of any kind to deliver results? With not enough info about this audience, it would take years before such capability shifts in spends are even addressed. When big tech companies already have it, there is no reason to look elsewhere. More data means better campaign performance,” she said.

Do homegrown platforms have enough bandwidth to carry large-scale campaigns?

While we can see the user base of local platforms increasing especially on the back of rural audiences, do these platforms have enough potential and bandwidth to carry out large-scale campaigns?

Juneja said these platforms definitely do have the potential. “We see some brands actually capitalising on them and their audience. Brands are now noticing these platforms and doing campaigns when it comes to entertainment brands. At the same time, platforms such as Instagram now have Reels. Brands are also going there to tap a different audience. If you see, these platforms have started eating a bit of the pie dominated by larger platforms.”

According to Bali, local platforms do have the bandwidth for huge campaigns. She said advertisers are also looking at these apps to build an advertising-friendly and brand-safe ecosystem to rely on them.

However, Borah differed. “Homegrown platforms at the moment do not have the bandwidth. Currently, the biggest share of wallet for any brand advertising and investing in big-scale digital campaigns lies with the metro-urban audience. Global platforms have tried and tested several tactics to hold this audience’s attention, and quickly improved services. It will take at least a couple of years before you see any homegrown platform (OTT, YT, Google search being excluded) delivering large-scale, big-budget campaigns. We underestimate the power of YouTube when delivering big campaigns. With the biggest investments coming from categories like FMCG, apparel and consumer durables, no platform apart from Google or YouTube has the bandwidth.”