Free-to-air channels and small broadcasters dying, but is the government even bothered?

The industry that keeps the people informed and entertained, along with providing employment to lakhs of people, hopes the government wouldn't give them a step-motherly treatment and would make them a part of its upcoming relief package. BestMediaInfo.com finds out how broadcasters are surviving 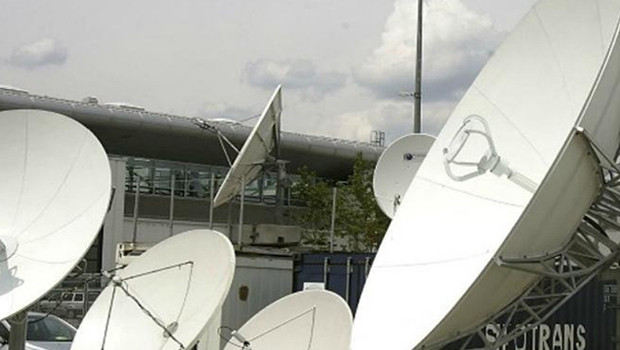 India's broadcasting industry, which has combined advertising revenue of more than Rs 23,000 crore, is almost on the brink of collapse.

The industry leaders claim that if there's no immediate support from the government, there could be even more aggressive industry-wide job losses and salary cuts, and some companies may even consider shutting operations altogether.

According to experts in the industry, advertising revenues have dipped by 90%.

The revenue for news channels, music and movie channels have dried up and GECs are facing a double whammy as there's no revenue or new content. The industry was already reeling under financial pressure because of the impact of the new tariff order of TRAI.

The industry hopes the government wouldn't give them a step-motherly treatment and make them a part of its upcoming relief package.

How is TV industry coping?

While pay channels still have some revenues coming in from distribution, the hardest hit during the pandemic are FTA channels that solely rely on advertising revenue. While numerous bodies such as the IBF, NBA and AAAI have written to the Government with demands like tax relaxations, a syndicate of FTA channels demanded the waiver of carriage fees for DD Freedish.

DD Freedish channels entertain masses from all backgrounds at zero cost. The channels are now dealing with unsustainable situations as they continue to endure costs during the crisis. When we contacted the Ministry of Information and Broadcasting to speak on the issue, they refused to comment.

“There has been a major financial impact, advertising is gone down by 90%. It is just 10% of the normal advertising bookings that come. We have costs running since we are kept under essential services,” said Kailash Adhikari, Director, Happii Digital and Broadcasting Network.

Freedish is an important platform not only for broadcasters but also for advertisers as it increases the reach of the channels. “It gives you a massive reach when a pan-India campaign is carried out. DD Freedish definitely contributes a lot and it is vital. Other MSOs and DTH platforms are very important as they take you to a lot of households in urban and rural. Both have a positive impact on businesses,” he said.

Human resource is also an important aspect that must be kept under consideration, at least during these times. At a time when most industries are resorting to cost-cutting measures, the media and entertainment industry has to keep the show running and can’t afford such measures. “Our human resources are our topmost priority and anything and everything comes after that. Our company's topmost priority is that salaries should be given on time. Even if the situation arises, we will never scale back on our human resources,” said Adhikari.

Channels are looking at cutting costs where necessary. “There are no marketing expenses right now since there is no revenue. We are focusing on the basic expenses and somehow trying to meet them. It is very difficult when your 80% revenue is down. The first quarter was a complete washout.” said Adhikari. Jailkhani said they are now focusing on digital avenues with podcasts across leading platforms such as Spotify, Apple and Amazon. “We are investing in podcasts and are running at number one and two at all the platforms like Apple, Amazon, Spotify. We are presuming people are going to be online and go further towards the non-linear fields,” he said.

Some broadcasters are even thinking of logging off from Freedish.

According to sources, a channel from a popular network has decided to back out from Freedish. “We have been doing permutation and combination on how we can work effectively during these times. We are seeing what we can do without compromising on numbers and diverting that money into other distribution platforms. Which is why we have taken that call on what ROI works best for us keeping in mind that we have to maintain the viewership at the same level,” said a senior executive from the network.

Asked if other channels could follow suit, he said it depends on their business plans. “Keeping in mind that advertising revenues are coming down right now, we have taken a freeze for the next two-three months. For other channels, it depends on how their business works, my view is we should work effectively keeping in mind the costs and revenues and that differs from company to company,” the executive added.