Is Indian television not yet ready for finite series?

A few years ago, television channels did try to experiment with finite series but the trend seems to have stopped. BestMediaInfo.com analyses the challenges behind mounting a finite television series 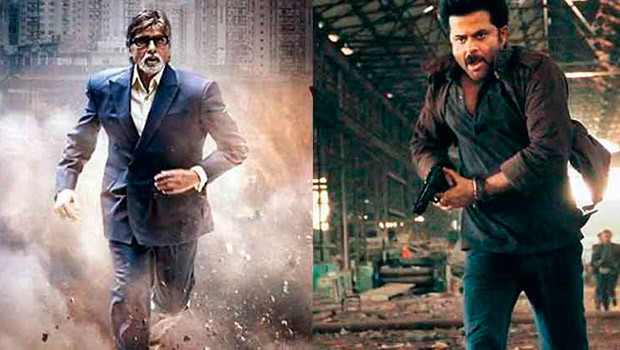 As television continues to experiment with content, the tradition of stories running well over 1,000 episodes continues. We did see it change around two to three years ago with shows with limited episodes such as ‘24’ on Colors, ‘Yuddh’ and ‘Reporters’ on Sony Television and ‘Ek Hasina Thi’ on StarPlus. However, finite series seems to have disappeared from television and found a place on OTT platforms.

Explaining the reasons in a conversation with BestMediaInfo.com, Aradhana Bhola, Managing Director, Fremantle India Television Productions Pvt. Ltd., said the trend was a bit ahead of its time. There are some great stories to be told in that format, where you can explore characters on a deeper level as a creator. I think that is what the world is opening up to now. Eventually everything is going to be platforms for consumption of content. I do think you will see it coming on television as well,” she said.

In an earlier conversation with BestMediaInfo.com, Manisha Sharma, Chief Content Officer, Hindi Mass Entertainment, Viacom18, said TV overall was lagging behind video-streaming apps when it comes to keeping abreast with the evolving taste of audiences. “We have to keep sharpening our creativity, looking at the fast-evolving consumers because they have many more options. Television is evolving as we are not a new medium. We are here to stay for the long term. So we have to look at financial viability while doing exciting stuff,” she said.

From an advertising and marketing point of view also, the idea of investing in a finite series seems to have taken a backseat. Krishnarao Buddha, Sr. Category Head, Parle Products, said there are pros and cons with both infinite and finite series. “A finite series usually ends in 13-14 episodes and is aired usually on weekends or weekly. There is a viewer interest as these shows end in three to four weeks. But if it goes on for a longer time, like an infinite series like ‘Saas bhi kabhi bahu thi’, a fatigue sets in,” he said.

However, the strength of an infinite series is that when you have a loyal viewership and you’re getting a consistent rating; this is where the merit lies in associating with these shows. At the same time if you see the audience of finite shows, they are restless in terms of viewing habits. As a brand, we never differentiate between finite or infinite series. We go by the ratings and performance of the show,” he said.

At the same time, he said there is a risk factor associated while teaming with finite shows on television. “By default, we tend to go with infinite series. I can tell you this is true for almost all the brands because if there is a finite series, even if it runs for three months, the on-boarding of the audience is not assured. So I have to trust my gut feeling that this show is going to work. There is a huge amount of risk, whereas an on-going infinite series is tried and tested. Over the years, the show has got some ratings and viewership fixed in that slot and that time band. I am assured of some ratings there. But in case of a finite series, by the time I get some ratings, the show already ends. I would want to go with the traditional way, I would prefer to put my spots on such shows, because it’s tried and tested. I would definitely opt for infinite series over finite series. Unless the show is a reality show, for example, ‘Jhalak dikhlaja’. They are not really soaps, they give me a good impact. But in case of soaps, I get a little sceptical.”

Rao suggested more brands are opening up to digital and OTT platforms and said young viewers are drifting away from television. “Definitely, a movement has started towards finite series but the conversion is actually shifting from television to OTT platforms. They are consuming content on these platforms. Even if it is a limited series, they are okay with the ‘season’ or break concept. A 25-year-old who is either independent or is working will not probably have the time to watch television. They would want to have their own choices according to their comfort. FMCG brands are slowly coming towards digital. Then too I would say from Rs 100, Rs 80 is still spent on TV from earlier Rs 90 to Rs 95,” he said.

Highlighting the unavailability of a unified measurement system for OTT platforms, an industry observer said that OTT players will continue to struggle with their ROI. “Another thing is that they are still trying to figure out their revenue model. Sacred Games Season 2 of Netflix was not such a big hit but it involved a huge cost. Taking a risk for OTT players is easy because the benchmark and measurement for them are still not in place. It’s a new space where everybody is experimenting,” the observer said.

This raises the question about whether it is necessary for television to rely on the infinite show format to generate revenue. Sujata Dwibedy, Group Trading Director, Amplifi, Dentsu Aegis Network, said brands are on board as long as the show performs well in terms of ratings. “Honestly, brands don’t care if it’s a finite or infinite series, unless it’s a reality show. Secondly what matters is the content. So, picking up a show completely depends on the ratings and the content. Mostly, programmes are not defined as infinite from the beginning. It always starts as a finite show. However, if it is performing well consistently, the channels decide to keep on increasing the episodes and it turns infinite,” she said.

Sudhir Kumar, Director Offline Media, DCMN, said brands consider any show on prime time to be fruitful. “Most brands that come on board are FMCG names or brands that have new products coming up. The GRPs that these shows (prime time) get are beneficial for the brand. Daily soaps get the maximum GRP for brands,” he said.

Tags: Is Indian television not yet ready for finite series?
Advertisment
More from this section