Despite unlocking, OTT platforms retain audiences and will continue to grow

The lockdown months drove the rise of OTT and many platforms welcomed new subscribers. Though mainstream entertainment options are back, OTT platforms are looking at ways to retain the growth 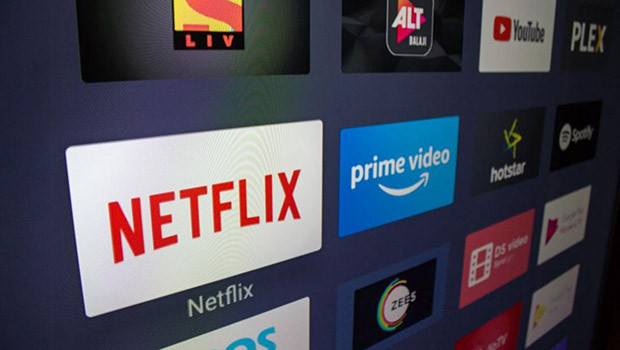 During the lockdown months, the audiences had limited access to content because of the absence of fresh content on television and shutting down of theatres and, hence, they turned to OTT platforms. Even though AVOD-based platforms continue to top the chart, there has been an impressive increase in the number of paid subscribers.

A study by DAN suggested people signed up for three newer OTT platforms in the lockdown months. But with the economy opening up and entertainment options returning, are people still subscribing to OTT platforms? According to industry leaders, the number of paid subscribers will continue to grow and the focus is now on retaining newer audiences and making them loyal consumers.

“It was evident that the huge growth witnessed by OTT platforms over the past few months was due to the lockdown. This phase converted many fence-sitters into subscribers. Now, the streaming services are making sure these subscribers are retained for the long term through a pool of immersive content. As we see the country gradually unlock itself, resulting in operations coming back in full swing, people might get busy with their work and social life. But we think digital content has made its way into the lives of these viewers, and there won’t be much drop in terms of eyeballs. With OTT platforms coming up with innovative ways of retaining the consumers, creating intriguing content, keeping in mind the taste and preference of the audience, we believe this number will be retained further,” she added. Rahul Maroli, Senior Vice-President and Head SVOD, Zee5, said, “The lockdown has brought in a cultural shift in terms of the way people want to perceive content, and people’s ability to accept the content. This had been writing on the wall for the past couple of years but the lockdown is a projector of it. People are buying smarter phones, the consumption of smart television and connected devices has gone up, the internet and broadband penetration has gone up and that is also fuelling growth.”

Maroli said there has been a huge spike in consumption as well as new subscribers, including existing subscribers, since the lockdown was announced in March. “This continued from March till about mid-May. From May onwards, a little fatigue set in but we were growing. The growth rate was slightly slower, but we were constantly growing. Again since the month of October, we saw a huge spike in subscriptions. The initial spike happened because of people being bored and not much new content was being put out due to the lockdown. So that was one of the reasons for slower growth in June and July. However, since August, we have been putting out new pieces of content and fuelling the new consumers coming on board,” Maroli said.

Speaking about the growth of Zee5, Maroli said, “If you look at the kind of growth we have had from March till now, Zee5 has registered a significant 80% rise in subscription numbers. Originals grew by 200%+ and movies grew by 236%, respectively.”

“We reported a 33% jump in daily active users and 45% in app downloads in May, and despite the lockdown being eased in several parts of India, there has not been a significant drop. As of September, the platform had close to 50 million monthly active users and 4 million daily active users. Earlier this year, we expanded our offerings and forayed into kids, short-video platform, education and gaming. Since the beta launch of HiPi, Zee5 has witnessed a massive 43 Mn new user installs and 70mn existing users upgrading to HiPi. According to the Sensor Tower’s Store Intelligence platform, Zee5 emerged as the ninth most downloaded streaming app worldwide in June 2020.”

Suggesting ways to retain audiences on OTT, Maroli said, “The microeconomic factors are that you need to make sure you have relevant content and reach a wider set of audience. Our focus at Zee5 has been how to make our content real, relevant, and make people resonate with that content. Make different content for different people, like crime, comedy, women-centric content. The only thing that will keep you in business is good and relevant content.”

For AltBalaji, the growth is coming from Bharat (smaller towns and rural) audiences. “The rise in numbers over the past few months has opened up new avenues for us to explore, especially across tier 2, 3 markets that form a crucial demographic of our target audience."

"One of the vital content consumption trends that we’ve seen is that 60% of our consumers would come from top tier 1 cities and 40% from tier 2 and 3 cities in the months preceding the lockdown. Today, it is vice-versa; as per Q2FY21 results, 58% of our viewership are from the Bharat audience and 42% of our audiences are from the metros. With an average daily subscriber addition of 9,000 in Q2FY21, our next step is to dig deeper into the hinterlands by curating shows with local flavour. We believe that if we have something well worth their time to offer, digital content consumption will continue to sustain and gain further prominence and garner more subscribers,” said Dixit.