In an interaction with BestMediaInfo.com, Vishnu Mohta, Co-Founder of Hoichoi, discusses the platform’s business strategy and future plans 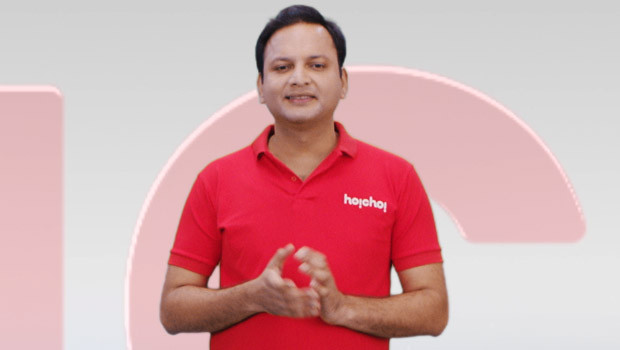 Hoichoi, the three-year-old Bengali OTT platform, is expanding at a brisk pace with the video platform seeing its revenue doubling in the last one year. The company that has 13 million subscribers aims to scale up in the festive season and expand the subscriber base further.

“We aim at October as it is Durga Puja, followed by the festive period and Christmas in December. We will focus on renewing subscriptions as people’s subscriptions would have ended. The next six months are important to us and we want to maintain the attention of the audiences through great content,” said Vishnu Mohta, Co-Founder of Hoichoi.

Discussing the platform’s content strategy, he said they aim at releasing three original shows from October and at least 45 shows in a year. He said they have great content lined up for the upcoming period, includes the work of some marque directors and writers. On Friday, they announced a slate of 25 new shows, first-day first show films, and multiple world digital premiere movies for the platform.

Asked about competition, Mohta said the OTT space is still in the expansion mode. “The way I see it, we are worrying about competition in a space when we are in the very early stages of the evolution of OTT. Cumulatively also, we are not serving a large population, we are still at a very fractional number. It will take at least 5-10 years for these numbers to change. Everybody has their own targets and their own niche; everybody is trying their best ways to monetise so right now it is about increasing the size of the pie,”

Though it is an SVOD platform, it has ad-free content that is free for viewers to watch. Asked how they monetise the free audience, he said, “We’re not (monetising) frankly, we are predominantly a subscription-based model. We have a lot of content that is free, but it is just not behind a paywall. This is traction to build the platform and to get people accustomed to our offerings. Eventually, if they like what they see, they will become subscribers. It is not meant to be an advertisement-earning platform; it's more of a customer acquisition move.”

“A lot of companies have now shifted to subscription models from advertisements. In some cases, it is now the focus area.  So, for us, it has turned out to be the right model. Premium content available had to be behind a paywall. As far as the next two years are concerned, the last six months have opened the market for online consumption as well as online pay audiences in a massive way.”

“We are in conversation with some leading telecom companies in Bangladesh and in the Middle-East for carrier billing and in some cases bundling also. It is a growing phenomenon,” he added.

The platform has gained traction from international viewers from countries such as Bangladesh, Singapore and Middle-East, says Mohta. To expand the international audiences, they will introduce ‘carrier billing’, which allows viewers to buy a Hoichoi subscription for a week or a month by paying with their mobile balance. “Essentially it is for migrants in the Middle-East and Singapore where they might not have access to debit cards and stuff like that. It is a new payment method for the appropriate target audience,” he said.

He says they are not a marketing-heavy company as 70% of the resources are invested in content. “Our thesis is that if you make great content with great talent, there is generic interest and the way people are subscribing is mostly through referrals and word of mouth. We do a lot of branding activities and online marketing. However, we put most of our money into content.”