“Right up to our commitment,” says Ferzad Palia on lockdown effect on Voot Select’s business plans 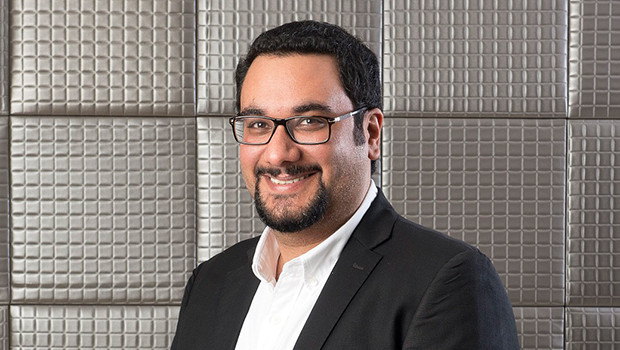 The lockdown has come as a boon for OTT players, which are experiencing a dramatic rise and an unprecedented growth in consumption. Voot Select, the SVOD platform from Viacom 18, which was launched just before the lockdown, has achieved its targets set for a 12-month period in about three months, says Ferzad Palia, Head, Voot Select, Youth, Music and English Entertainment, Viacom 18.

"We’ve had a great run and it's a better run than any of us would have expected, which is partly because of the lockdown but the more important thing is that our content has wired so well with the critics as well as with the public acclaim that all of our originals and international content have been received well," said Palia.

Palia said along with the originals, international content and the network's television content has worked well for the platform. Speaking about their content strategy for the future, Palia said they have a strong line of originals for Hindi and the regional markets.

“We have a strong line of originals in the regional space, we have Hindi originals lined up. We have a super explosive experience lined up in the Bigg Boss period on Voot Select. The next few months are completely action-packed. Our current pipeline includes content in Tamil, Bangla, and Hindi. We also have tonnes of international content in addition to the content from our TV networks,” he said.

Speaking about the platform’s new original ‘The Gone Game’ that has been shot entirely at home, he said it was a unique experience. “It’s an experience like never before; it has never been done before. Right from conceptualising to writing, to editing, everything has been done from home. The director and the actors haven’t interacted in person but rather on video calls. The actors had to do their own lighting, their own makeup, styling, etc., in coordination with the director and DOP on video calls. It has been a remarkable experience and the show has come out really well; it's the world’s first full-blown series shot from home and we’re very proud of it.”

Asked about the lockdown’s effect on their business plans for the year, he said they aim at delivering one original every month. “Some of our properties have been delayed but having said that we will still do one original a month. We already have a strong bank of regional and Hindi originals. We don’t believe in keeping the platform dry as you can see the creativity that has gone behind creating something like The Gone Game. We may not be able to over-deliver but we are right up to what we had committed,” he added.

Speaking about how they managed to market the platform in a lockdown situation, he said they focused strongly on television and digital. He said their marketing efforts have translated into the number of subscribers.

“We’ve had a successful run with marketing and the best way to see that is through our subscriber numbers. We are ahead of all of our estimates and that would not have happened if there was no awareness about what we were doing. In a situation where you don’t have all the resources available like outdoor and print jackets that are spoken about but not necessarily consumed, we have had a strong and focused strategy on digital and on TV. If the buzz does not translate into business, then what’s the point of the buzz,” Palia said.

He said they have a strong pipeline of content and are not focused on releasing movies in the absence of theatres like others. “Not saying that we may not play the movie game in the future but at this point we have enough content to focus on and build our own identity,” added Palia.

Speaking about Voot Select’s recent partnership with Tata Sky Binge+, he said although they’ve gone live 2-3 days ago, Tata Sky has been a great partner for the network and must have seen a fair deal in making their on-demand services available to Tata Sky Binge+ consumers. He also spoke about JioTV+ and said their products are available across JioTV+ and Jio Fibre. “It's a fantastic platform for customers who will be getting access to Voot Select and Voot Kids.”