While digital music revenues grew from 51% in 2013 to 78% in 2017, the industry is losing $250 million in India due to piracy. Experts also say the huge royalty cost is a double whammy 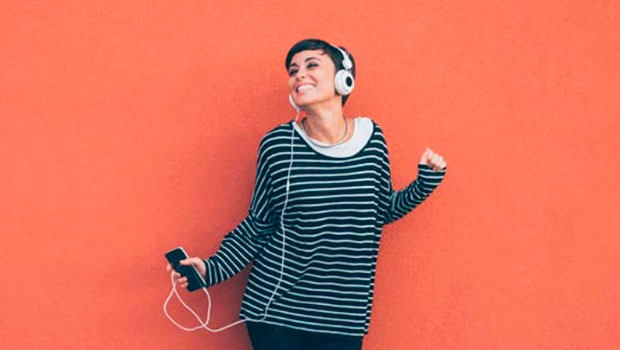 The explosion of digital music in the country has led to a steady growth in the online music streaming service in India. In the past few years, the launch of streaming services such as JioSavaan, Gaana, Hungama, Wynk and Vodafone-Idea, as well as international platforms like Apple Music, Amazon Music, Google Play and the new entrant Spotify, have been instrumental in the growth of the streaming market.

According to the IMI Deloitte report, the user penetration of music streaming services in India stands at 6.4% and is poised to grow as smartphone penetration increases and more users subscribe to data services. Digital music revenues is also said to have shown a steady growth — from 51% in 2013 to 78% in 2017.

The report highlighted that actively creating and licensing content for digital platforms is further driving the growth of music streaming services. The expected growth in smartphone users to 829 million in 2022, from just 404 million at the end of 2017, highlights a digital revolution, where an increasing number of people will shift to digital platforms to consume music.

By the end of December 2018, there were nearly 150 million music streaming users in India. While a seemingly large, it is still 60% of the online video audience. This indicates a significant growth opportunity with audio OTT platforms emerging as the preferred medium to consume music in the country. The audio OTT market, valued at over $280 million in January 2018, is poised to show strong growth in the next few years, it said.

When asked if the Rs 567 crore is a projected number or a real number, Deloitte spokesperson told BestMediaInfo.com, “These are actual sales from streaming based on the submissions to IFPI by the labels in India. Over the past 3 to 4 years, streaming has emerged as the biggest contributor to the music consumption. The main factors contributing to the rise in streaming is due to the increased prevalence of smartphones and internet. Other factors such as reduced data prices and rise of many low-cost smartphone manufacturers in the last two years have also acted as catalysts in contributing to the sales from streaming based platforms.”

However, industry experts caution that the industry is yet to strike profits as the cost of royalty in online music streaming is huge. They say the only people making money in streaming are music labels and publishers. “So even if they touch Rs 300 crore next year, the losses will mount as every year royalty rates are hiked by the music labels. They need to become more ‘aware’ of the Indian audience’s needs and structure the product accordingly,” an expert said.

The report, based on a study by the Indian Music Industry (IMI) and Deloitte, highlighted that the industry is witnessing a 50%-60% revenue loss due to piracy — contributing to an estimated loss of $250 million in India. Largely, P2P or sharing applications and stream ripping websites are responsible for the revenue leakages, which further hinder the industry from realising its true potential.

The Indian recorded industry is ranked 19th in global recorded music market and aims to reach the top-10 by 2022. According to the Deloitte spokesperson, the roadmap for which lies in the following:

1. An ecosystem where the consumers pay for music, for example, a subscription-based model

2. A fair market where those M&E sectors that use music, remunerate the rights holders fairly and where digital piracy is curbed.

3. Greater compliance in the live events space, where venues and end-users have greater awareness of the need to license music and actively do so.

The report on the growing audio OTT industry values the Indian audio OTT market at $280 million. Revenues from the audio OTT industry contributed to 67% of the total recorded music revenue in India. The expert said many music-streaming websites followed the bundled revenue model and as a result, the revenue mentioned is not in actual terms.

“The platform offers music as part of several other services. For instance, JioSaavn has a large subscriber base for its app but that number is internal because they are offering it as a bundled offering. They ask the consumer to pay a certain amount for their services in which the user also gets music. Music is not sold exclusively, there are very few streaming services that sell music exclusively,” the expert said.

The IMI Deloitte report also stated that online music platforms mainly work on three basic models — ad-supported, paid and bundled. With the entry of telecom and retail businesses, bundled options are also available. Many online music platforms are backed by telecom service providers and e-commerce platforms, where the users are charged a basic subscription fee (data charges or e-commerce subscription charges), with a percentage of the fee levied towards the online music service. However, there are different models based on the source of revenue generation. Some players offer its content free of cost to the users and generate revenue by advertisements while some players generate revenue by user subscription.

The revenue is pegged to grow at the back of the ecosystem fuelled by the subscription-based model. The revenue will grow when the media and entertainment sectors, which use music, remunerate the rights’ holders fairly and digital piracy is curbed. The report also suggests greater compliance in the live events space, where venues and end users have a greater awareness of the need to license music and actively do so —leading to the growth of the audio OTT industry.

FDI and FII represent major sources of investment for the audio OTT industry in India, with investors like Tencent, Tiger Global, Liberty Media and Xiaomi investing over $300 million. The report also states that there is a need for free-market licensing norms to help sustain the digital ecosystem, where content owners and creators are sufficiently remunerated, in order to sustain and encourage investments in content. It is then that India can take a major position in the global recorded music.

Speaking at the launch of the report, Blaise Fernandes, President and CEO, The Indian Music Industry (IMI), said, “India is a music-loving society with Indian consumers spending 21.5 hours every week listening to music, against the global average of 17.8 hours. Helping to satisfy this love for music is the audio OTT industry, which is at an inflection point today. If a Despacito can become a hit in India, if K-Pop can cross geographical boundaries, then the scope for music from India is infinite, with different regional languages poised to dominate local and international markets driven by the reach of the audio OTT platforms. The report amplifies on all aspects of the audio OTT industry, including policy changes, potential trends and developments that will shape the future of the industry.”