Ekam in its current form is half-baked, feel top advertisers

The delay in implementing India’s digital measurement currency Ekam is stalling the growth of digital advertising from popular categories such as FMCG. India’s leading advertisers say they’re not advertising as much on digital as there’s no clarity on the metrics. Speaking to BestMediaInfo.com, the advertisers said even if implemented, Ekam in its current form won’t solve any purpose 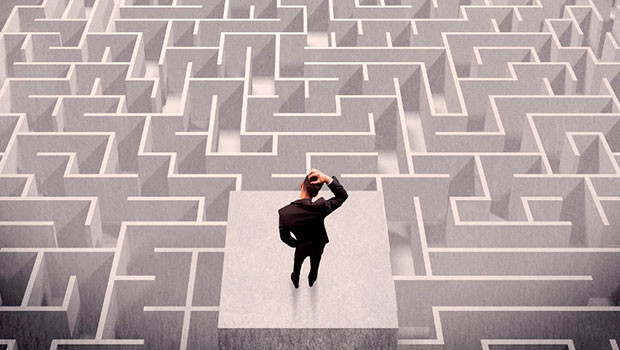 Top Indian advertisers and mass brands will continue to be conservative with their digital spends unless Ekam, the upcoming digital measurement system, is implemented in its entirety.

The traditional mass brands such as Parle, Bajaj, Onida, among several others, are still uncertain when it comes to investing on digital platforms as they say measuring the impact of digital ads is still tricky.

Speaking to BestMediaInfo.com, BK Rao, Marketing Head, Parle, stated that currently, in the absence of proper metrics, they are doing a bit of digital advertising and not much of it. “The little bit of advertising that we are doing is also based on our agencies’ understanding, deep diving based upon what we see and hear. So, it is dependent upon our sources and understanding about the particular platform. Other than that, we are not extending ourselves to any other platforms,” he added.

Advertisers say that BARC, the implementing body of Ekam, hasn’t even reached out to them to make them understand the system properly. Also, the defiance of Google to allow the third party to measure its content is worrying the brands since the internet giant is the largest advertising platform.

“Ekam is still a hidden sort of toy, I don’t know what it holds. Google itself is not very clear on Ekam. I don’t think they have interacted with too many companies to get into this. I am not very clear on the Google perspective. BARC is in the loop on all of this but basically again how much are they trusting Google or how much Google is going to trust the industry bodies,” added Verma.

Currently, digital measurement, especially for videos, is quite opaque and cannot be trusted as it is easy to fudge numbers when it comes to the views. Every time you refresh a video on YouTube it is counted as a view and if you play a video for a few seconds both on YouTube and Facebook, it is counted as a full video view.

Given these challenges, it is difficult for advertisers to plan their campaign promotion on digital. Currently, they have to either rely on the numbers shared by analytics agencies and platforms or conduct their own research.

When it comes to digital measurement, the issue is not that there aren’t any measurement metrics but it is other way around, as there are too many different metrics. The challenge is to find the right tool of measurements, as a result, there is a need gap for cross-media measurement.

Hindustan Unilever (HUL) is said to be the largest digital media client in the country. Gauravjeet Singh, General Manager, Media (South Asia), Unilever, also said that the right kind of set-up and measurement currency on the digital medium would help them avoid a lot of wastage.

Brands disappointed with delay in implementation of Ekam

Addressing the issue of lack of credibility of digital measurement, BARC India in 2017 had proposed to set up a digital measurement system, Ekam, with an objective of offering third-party ratings for digital. With this digital measurement, the objective was to inform brands on which content their ads is consumed and ensure brand safety, thus bringing transparency in the system. However, the delay in its implementation has left the brands disappointed.

Rao said, “BARC is talking about measuring digital but they are still proposing and haven’t started yet. If BARC is deciding to track digital and come out with a metric then that is a welcome decision from all the advertisers. Our stand is clear. We are encouraging the fact that a body like BARC should be doing these metrics. We want these metrics in place so that we know where are our spends going and whether it is translating into something meaningful. We are extremely supportive of getting the metric as soon as possible. In fact, there is a lot of delay and we are disappointed.”

Though the brands are supportive of BARC India’s Ekam initiative, they are unsure about its logistics as there is no clarity on it. The advertisers agree that it is a good initiative and a much-needed one. However, BARC India is not hosting a conversation with the advertisers to explain the initiative.

Pratyush Chinmoy, Head of Marketing, Onida, said Onida won’t mind supporting Ekam to help their cause but they would like to see how the Ekam will mature into, with all broadcasters having their individual priorities and goals. “It can be exciting how it shapes up and unifies TV and digital measurements,” he added.

Just like other brands, Onida currently relies on metrics provided by Google and other platforms

Experts say the problem is that if this kind of initiative is led by the platforms themselves, there will always be the issue of bias creeping in. Forget globally, but even in India, 80% digital spent is on Google and Facebook. In between the two of them, one of them has this kind of platform. So there will always be a challenge in convincing advertisers about its effectiveness while measuring Facebook impact.  This kind of initiative should be ideally created by the advertisers’ body because they are the ones who need the measurements, say experts.

Speaking about the issues behind the lack of support to Ekam, Verma said if this kind of initiative is led by the platforms themselves, there will always be an issue of bias creeping in. Verma believes the cross-body measurement initiative should be taken up by the advertising body, instead of a particular platform.

Globally several FMCG giants have started to pull the plug on some of their digital media spend as they are not in agreement with the way the video reach/impressions are measured. Asked if we will see a time when advertisers will say they need transparency and a unified measurement or else they won’t invest on that platform at all, Rao commented that most of the advertisers have already started taking that stand, seeking more transparency in the metrics.

Chinmoy added that it is a must as the numbers aren’t to be cooked up and need to be real. “A unified way of measuring the activity’s effectiveness in a fail-safe way, beyond the rating agencies and agencies internal studies will help us. We have also taken care to know what are the parameters, industry boundaries and competitor numbers taken by a digital agency, programmatic agencies and OTT platforms among others,” he said.

According to Verma, India is also facing difficulties as it doesn’t have a dedicated advertisers’ body unlike the World Body of Advertisers present globally. Verma said India got bodies like IBHA and Indian Society of Advertisers but they are not in touch with digital media itself and are more traditional.

“There is a lot of thought done globally, I guess led by Unilever, and it is done in conjunction with the World Body of Advertisers. Now that kind of work needs to happen in India as well. Until that happens, there will always be an issue of the lack of transparency and trust and all of that will be there,” Verma said.

There was a time when planners used to invest most of their budgets on Google and Facebook. But the situation has changed now as the marketers are conducting their own study before investing. A year and half back, FMCG brands had taken a unified stand against the lack of clarity on digital ad spends. The experts feel a similar stand should be taken on the digital measurement front.

Some movement is happening on that front as well. "It is also being said that the industry will wake up to the differences of Ekam when advertisers strictly stop spending without a robust third-party measurement. But it is not known how soon that step will be taken," said another expert.

According to Chinmoy of Onida, the faster Ekam builds up the ecosystem and sends out the signals of unified records or measurement metrics, all infallible and unquestionable, the sooner it will be for ad players to trust and start using the services. “Google and Facebook still remain the major players due to their unmatched technologies and reach, and will also continue to grow,” he added.