In the crowded OTT market, it is important for the players to convince the consumer to download their app and sample the content on offer. BestMediaInfo.com speaks to leading OTT platforms to understand how they are overcoming the discoverability challenge 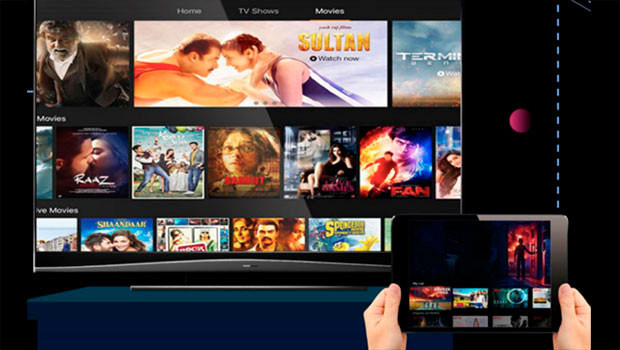 The OTT segment in India has witnessed tremendous growth after the launch of popular platforms such as Netflix, Hotstar and Amazon Prime among others. In India, there are now more than 35 OTT platforms owned by big networks, content studios and production houses. The segment is going to fragment further with the arrival of two giants, Apple Inc and Walt Disney, this year.

To attract viewers and stay relevant to their taste, the OTT platforms are investing heavily on original content. According to reports, nearly Rs 2,500 crore is being invested in production, marketing and distribution of content in the next three years.

While the space is growing and new content flowing, discoverability of content and attracting right viewers has become a challenge for the OTT platforms. The players are focusing on innovative ways of marketing to draw viewers to their platforms.

BestMediaInfo.com spoke to some OTT players and industry experts to understand the strategies that help them attract viewers in these crowded markets.

According to experts, the challenge is at two levels — discoverability of app and then discoverability of content offered on that app. It is important for the OTT players to convince the consumer to download their app on the phone to sample the content on offer. The experts also believe that the platforms have to focus on the brand marketing and brand-building aspects to attract more viewers.

Jehil Thakkar, partner at Deloitte India, said discoverability of app is a prime criterion. “Consumer acquisition is getting more expensive as companies are spending more on partnership and advertising in order to break through the clutter. They are spending on newspaper ads and hoardings. There is a significant increase in the partnerships with Telcos, software platforms, television manufacturers and smartphones. And once you are on phone, the question of content discoverability arises where advertising plays a main role,” he said.

Not just partnerships and advertisements, but at times certain popular shows can also lead to the discoverability of the OTT platform and its content. An increase in demand for Amazon Prime India after the release of Inside Edge or an increase in the consumption of Hotstar with the launch of Games Of Thrones are a few examples.

However, it is important for the platforms to offer the right content to the right viewers.

Ravi Desai, Director, Mass and Brand Marketing at Amazon India, said if the right content is surfaced to the right consumer base, it offers a big unlock as far as discoverability is concerned.

Desai commented, “We market our originals aggressively. If you take the case of Mirzapur or Inside Edge, we took the campaign and the message deeper than just being in metros so that we can create awareness about the content and get customers to adopt it. We figured out the deep pockets for them where they would be loved. Secondly, if a viewer is watching something, we algorithmically find options to figure out the viewer’s preferences. This is another unlock.”

Video on video advertising works well for Zee5 as they can reach out to the consumer and inform them more about their content. Manish Aggarwal, Business Head, Zee5, said that when it comes to marketing, the budget is very sizeable and depends on the kind of content they are offering. “For us, marketing differs from show to show and geography to geography. To an extent, marketing spends are equivalent to the show budget. If it’s a marquee property like Arjun Rampal’s The Final Call or Saqib Saleem’s Rangbaaz, then it gets a 360-degree marketing campaign. Whereas with Uri and Simba, two blockbusters of the year which we released in the same week, we wanted to make sure we had larger-than-life marketing, complete with 360-degree surround. We wanted to create awareness among consumers and fans who haven't seen Uri and Simba in theatres as well as who want to see again. We want them to know the films are available on Zee5 and they can subscribe to see the movies,” he said.

Akash Banerji, Head, Advertising Video on Demand Business, Viacom18 Digital Ventures, also suggested that OTT platforms should start micro-marketing to ensure reach in the remote places and tap audiences that have not yet converted to the digital eco-system. Banerji said, “Digital needs to take a leaf from the FMCG sector and start micromarketing, ensuring the product reaches far and wide. OTT players need to work with local radio stations, cable operators, focusing on audiences that are not there on the internet. We have seen a substantial increase in the subscribers after our association with MRTC, which allows MRTC bus travellers to watch Voot content in the offline mode. Hence, Voot is now focusing on partnering with multiple partners not just with Telcos but with smart TVs, DTH, cable and specific handsets as its helps in distribution in tier II-III markets and older or female audiences.”

Drawing the audience to the platform and sampling the content is not the only factor but retaining those viewers is equally important. Thakkar states that it is equally important how the players retain the viewers for their other content. “Partnerships and advertisements are important but apart from that the app’s software, recommendation engine and user interface also play critical roles in terms of discoverability. As once the user gets used to the look and feel, then there is a factor there that helps apps to retain the viewers,” he said.

A strong recommendation engine also plays a bigger role in introducing viewers to the different forms of content offered by the players. In order to attract viewers to new content, the players have to offer a strong library to span across genres and formats. If a platform has created a base with viewers by introducing a particular show, it is important for them to quickly release the subsequent seasons.

According to Nachiket Pantvaidya, CEO ALTBalaji and Group COO, Balaji Telefilms, the success of ALTBalaji depends on how fast they create the second season since they already created a base with the shows.

“We have to balance our partnership and direct subscribers, so I think at some stage we have to say that okay, we have enough library for people to market and afford that consumer acquisition. We have to ensure that we have a new season of at least six to seven of our successful shows. It acts like our safe bet where we can say that if users are not coming for new shows at least they are coming for franchises,” he said.