OTT has a twin challenge of retaining viewers and balancing ARPUs, says Nachiket Pantvaidya of ALTBalaji

As competition in OTT space intensifies, home-grown platform AltBalaji is revisiting its growth strategy. The platform has decided to move out of kids’ segment, launch a pipeline of shows for different languages and have multiple seasons of its successful shows. In an interview with BestMediaInfo.com, the CEO of ALTBalaji talks about the challenge of retaining customers while maintaining ARPUs 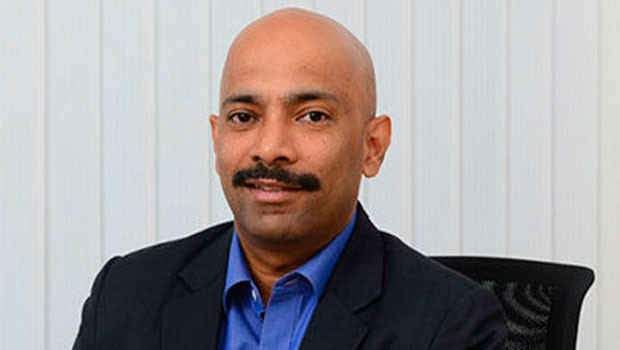 Balaji Telefilms’ subscription-led OTT platform ALTBalaji has announced various measures to ensure that it remains at the top in the segment, at a time when international and home-grown players are threatening to eat into a chunk of its subscribers by offering cheaper plans and exciting content.

The platform plans to move out of kids’ content and focus on strengthening its original content library with shows targeted at 18+ audiences.

The production house had launched its OTT platform with special focus on kids but considering its subscription strategy, it has decided to drop the genre. In its two years of existence, ALTBalaji's subscriber base stands at 13.1 million, with 4.6 million monthly active users who spend an average of 70 minutes on the platform per day.

Nachiket Pantvaidya, CEO ALTBalaji and Group COO, Balaji Telefilms, said that most of its subscriber growth has been registered on the back of local content created for three specific groups— female, male and international audience. He said that since the platform content is edgy, it doesn’t want to have a kids’ environment.

“Our content is 18+ for two specific reasons — one if you want to be a pay app you can’t have below 18+ content and secondly the content is edgy and we don't want a kids’ environment today. We haven't launched any new kids’ shows and plan to remove the section in the next six to 12 months depending on the licence. We started with kids but then things changed because when we started there was no Jio. Since the launch of Jio, several OTT platforms have entered into the kids’ genre so our whole strategy had to change on that front,” he said.

ALTBalaji is also not focusing on movies as it feels that when it comes to films, the market is 20% to 30% overstated. Hence, it is focusing on producing movies and selling to other platforms. “Today, a digital movie costs between Rs 40 and Rs 70 crore. My programming budget is Rs100 crore and I produce approximately 18 shows in it. So, it makes more sense to produce movies and sell them. The last two years, we have been selling them to Zee,” Pantvaidya said.

Currently with over 36 originals, ALTBalaji aims to further bolster its content library with a pipeline of around 100 shows by 2020. The platform is planning to invest around Rs150-170 crore every year, of which Rs100 crore will be invested in content. ALTBalaji will also start focusing on the regional genre seriously by January 2020, as it believes that in order to have a good response from consumers it needs to offer at least 10 shows.

“Right now, subscribers on Hindi content are eight times more than regional content. Hence, we are focusing on it. We will look into regional seriously by January 2020. What we found out was that putting out one show isn’t helping us and we have to put at least 10 shows and market it. When we release one show in Bengali then the person will watch that one show and will once again switch to Hindi as there is nothing else to watch in Bengali. Also, we offered Tamil-dubbed content, which was a waste because the user doesn’t watch dubbed content as much as we thought he would. The reason being it is culturally distinct. So we won't be focusing on regional till 2020,” the ALTBalaji CEO said.

With the low cost of data, several OTT platforms have entered the market and focusing on creating individual content. Furthermore, the disruption in TV ecosystem due to TRAI’s NTO has also pushed consumers towards OTT platforms. In such a scenario, it seems like family viewing is taking a back seat when most of the platforms are focusing on individual viewing.

When asked if this will lead to the need gap of family viewing, Pantvaidya commented, “It is unlikely. I don't think large TV screen projection forms more than five to 10% of OTT-viewing space. So by definition we believe that this is a mobile-first platform and is difficult to watch with family. There can be an argument between individual viewing versus family viewing but again cinema viewing is not individual viewing. We go with family or friends but it is individual in the purest sense. At least from data, it looks like we are going to be more individual society; mobile phone is going to fragment us more as we go forward.”

ALTBalaji focuses on three strategic subscription revenue points such as how the platform navigates its partnership and balances it, how it markets effectively in the competitive scenario and how to make OTT even more affordable to masses in India.

In the competitive scenario, he also feels that the success of the platform will depend on how fast they create the second season since they already created a base with the shows.

“We have to balance our partnership and direct subscribers, so I think at some stage we have to say that okay we have enough library for people to market and afford that consumer acquisition. Two things had to happen, one we have to understand how to price our content. Right now, ALT is priced in two ways — Rs 100 for three months and Rs 300 annually. Secondly, we have to ensure that we have a new season of at least six to seven of our successful shows. It acts like our safe bet where we can say that if users are not coming for new shows at least they are coming for franchises. Third is, we have to tackle our competition.  Now everyone is lowering their prices but we started with a low price which gave us the volume. For that, I need library and data on how to retain consumers, because consumers are difficult to retain and balance your average revenue per user (ARPUs),” he said.

Giving the increasing demand for the digital market, Pantvaidya said, “Subscription platform will increase furthermore. The much talked about consolidation in India hardly happens. TV was said to consolidate but now we have 600 channels in terms of business consolidation. Yes, probably three players can own more than five to 10 OTT platforms but in terms of platforms there will be growth as there are a lot of segments that are yet to be tapped. Pricing is a key part in all of these,” he concluded.