Commentary: Ekam stuck — is ISA hand in glove with Google and Nielsen?

The soon-to-be-launched digital measurement currency Ekam would be incomplete if Google doesn't provide content measurement numbers. Advertisers will know ad viewership numbers but not the source where the ad is being watched. So why is Google blocking content measurement and what is keeping ISA mum? BestMediaInfo.com dives deep into the story 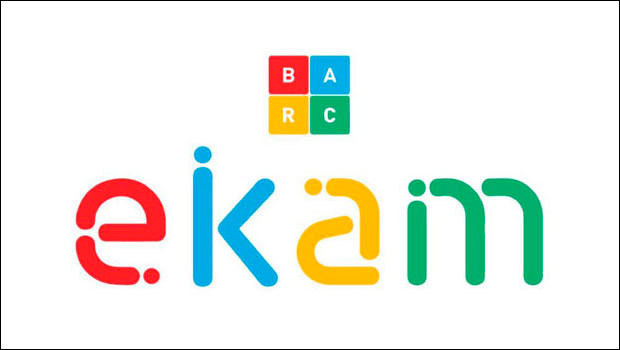 Even as the Chief Brand Officer of Procter & Gamble, Marc Pritchard, claimed to have won round one in his long battle of pressuring platforms, including Facebook and Google, to allow third-party companies to verify viewability, fraud, reach and brand safety, his Indian counterparts are helping these platforms by blocking ways for Ekam, BARC India’s proposed digital measurement system.

Ekam, which was announced in April 2017 with an objective of offering third-party ratings for digital, has not moved at all even after two years. At the time of the announcement of Ekam, BARC India had said that the five suites of products would be rolled out in phases, beginning with Ekam Pulse to measure video ad campaigns, followed by Ekam Beam to measure linear broadcast, which is viewed on a digital device. The third offering, Ekam Stream, is to measure both non-linear and pure play digital video content while Ekam Ad-Scan is to give an overview of digital ads in India. The final product, Ekam Integra, will help the industry with common, robust and independent audience numbers that will give more accurate incremental reach figures.

But why is Ekam stuck at the starting point when it was already announced that the rollout would be in a phased manner?

BARC India was set up with an aim to deliver a single currency for television viewership measurement by three key parties— broadcasters, advertisers and advertising agencies as stakeholders. However, digital platforms, including Google and Facebook, besides OTT platforms, have become the fourth stakeholder for digital measurement with conflicting views on Ekam.

Based on census and big data, the digital measurement would require SDK to be embedded in apps unlike watermarking of content for television measurement. Watermarking is also possible but it would be a lengthy process to watermark all content available on digital and then processing the data further.

However, with SDK, BARC India will take about six months to roll out Ekam if it kicks off measuring content plus ad together while it will take two months if only ads have to be measured.

It was assumed at the beginning that all the digital platforms would agree for the implementation of SDK and allow Ekam to collect data, which will be user-level data in this case. The platforms, including Google, have been claiming and delivering ad and content performance data on the basis of their own measurement systems, which are not audited by a third party.

The phased rollout of Ekam was basically for the time required for implementation of every product considering all parties would allow access to their apps.

Things got stuck when Google denied access to content measurement while agreeing for ads. Giving consumers’ privacy and global norms for not measuring content as the reasons, it is asking the industry to go ahead with ad measurement only. If Ekam would measure content, it would be minus Google.

Broadcasters are of the view that if it’s only about a certain number of impressions on an ad, irrespective of where it plays, their investment on content will go waste.

It is after all advertisers’ money that is being spent on advertising. Why do they want to waste it without any measurement and without understanding what each platform is delivering?

Consider this situation. You put money on ad on a marquee show but you don’t know where your ad played.

The advertisers’ industry body, Indian Society of Advertisers (ISA), is the least informed of all. Google is basically trying to throw its weight around and wants the industry to follow it blindly.

However, everybody has to agree on a common structure and not to entirely go by what Google says.

ISA is not able to understand Google’s game, which is not playing the ball in a true manner. Why does ISA not understand that it should be independent third-party measurement and that Google’s measurement is not independent? Is this because ISA is hand in glove with Nielsen globally as it has some old deals with Nielsen?

Nielsen does not have a solution, which is exactly the same for everyone and it lives happily with this disparate solution. They have different solutions for different companies. Nielsen will be benefited with Ekam not rolling out but ISA is not able to understand this.

Advertisers sitting in Delhi like Coke, Pepsi, Airtel, Samsung and LG are not even aware of what’s happening. A handful of Mumbai-based representatives of advertisers like Godrej, P&G and HUL are discussing the issue on the behalf of all advertisers. They are forgetting that the larger interest of advertisers is to get a unified measurement. Then only you would be able to justify the ROI. But, there is a section of advertisers who is taking everybody for a ride on this. They are not interested in what all the advertisers really want.

Now, the question is why HUL and P&G are blocking a unified measurement when they themselves are victims of ad fraud and brand safety? The present management of these advertising giants is not even in the picture. P&G’s former CMD Bharat Patel, who retired 10 years back when digital started to spread its wings, is representing the global advertising giant struggling with critical problems of digital and talking on the behalf of all the advertisers. ISA Chairman Sunil Kataria of Godrej Consumer Products, who backs digital advertising strongly, must take all advertisers along and work towards the benefits of the entire digital ecosystem.

Advertisers are not understanding what is hitting them. They are spending without any understanding. While Pritchard is pressuring Google and Facebook to share more data regarding the ads running on their platforms, such as whether someone saw an ad and increasingly how many times a single person saw the marketer’s ads across multiple platforms, and whether the ads are running on right content, Indian advertisers must strengthen his hands by not playing the way platforms want and finding out a solution to measure ad plus content together.