By merging 154-year old legacy agency JWT with the digital and data-focused Wunderman, WPP is positioning itself as a new-age technology-driven ad network. BestMediaInfo.com explores the rationale behind the merger and its impact on the Indian market 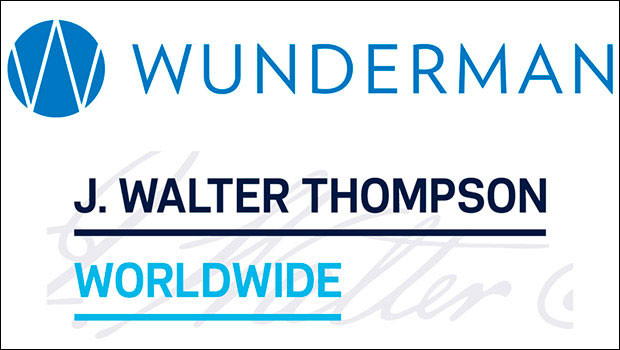 It takes a lot of mettle to merge and rename the world’s longest-running creative agency J. Walter Thompson with Wunderman, a brand that now resonates with data and tech-driven and digital-focused creativity.

Having Wunderman before Thompson in the new name clearly indicates WPP CEO Mark Read’s intentions to re-invent the structure to become a more data and technology-driven advertising giant, which is also future-ready.

Tech giants like Accenture mulling the buyout of creative agency networks like Publicis clearly indicated that the digital-led creative shops are the future. In a conversation with BestMediaInfo.com last year, Kate Stanners, Global Chief Creative Officer at Saatchi & Saatchi, said that if technology companies and agencies work in close coordination and respect each other, they can bring out powerful results. Experts indicate that Read is just heading where the future is.

In Read’s words, “Wunderman Thompson is a formidable combination, bringing together the capabilities our clients are demanding — award-winning creativity alongside deep expertise in technology, data and commerce — in a single organisation,” which means that it’s time for WPP’s heritage creative agencies to buckle up their shoes and get ready for the new-age technology and data-driven world.

It is to be noted that when Read took over from Martin Sorrell in September 2018, WPP was under a tremendous amount of pressure in terms of revenue and all its major agencies were not performing up to the mark. It was believed that WPP was losing the edge when it came to new-age data-driven marketing and transformative digital communication.

All this is happening because the advertising landscape is being turned upside down by Facebook and Google, which suck in most new digital spending and with the emergence of new competition in the form of consultancies such as Accenture, which are eating into the advertising pie.

In a sense, this is actually a survival tactic in the long run. It is wrong to say that the merger is degrading JWT, but this is the way that the agencies can live up to the expectations of new-age brands. One shouldn’t be surprised if JWT as a brand gets buried in the books and people only remember Wunderman in 10 years’ time.

Also, Read is much more digitally inclined as he has earlier served as Wunderman CEO for four years and recently spearheaded the merger of Y&R and VML to form VMLY&R. Industry sources say Y&R CEOs were sacked after the merger and the VML top brass started running the company as part of the deal.

WPP wanted to bust this whole white elephant brand image of Y&R and JWT that have a reputation of the old economy advertising agencies, which made it difficult to compete with the new-age setups. Although these big agencies in the network set-up are presently big revenue earners, but their future was anyway not seen as too bright as new-age agencies were swallowing all new tech-savvy businesses.

Therefore, as a strategy, WPP is pushing really hard to project itself as a fully integrated new-age agency, which is focused on data and technology.

In the last few years, we have often heard about agency networks coming together to provide integrated solutions. But whenever in the past WPP tried to project its agencies as integrated by teaming up its creative agency with a digital one, it’s mostly been a mess due to lack of unified management control and people fighting over revenues.

The ad network has now realised that it cannot provide genuinely integrated services between two competing P/Ls as there will always be conflict.

Therefore, the coming in of Wunderman will fast-forward the new-age competitiveness of JWT. The new set-up will be headed by Global Chief Executive Officer Mel Edwards, who is currently the Global CEO of Wunderman. Tamara Ingram, CEO of J. Walter Thompson, has been elevated as the Chairman.

With digital having an upper hand, this merger is naturally going to lead to a tremendous amount of insecurity, especially among the senior management of JWT. Tamara Ingram was recently in India and after her visit, JWT announced the re-designation of Tarun Rai as Chairman and Group CEO of JWT South Asia.

It is still uncertain if Rai will again be re-designated to head Wunderman Thompson or someone from outside — more from a data, technology background — will be brought in to head the agency in South Asia, or they will choose a senior-level Wunderman personnel to head it.

Even on the clients’ front, when mergers happen, no client is under pressure to sack their present digital agency. It is not easy for clients to change their digital agencies compared to their creative agencies as they don’t know much about the digital world. Digital agencies are the ones who are hand-holding the clients in this brave new world. The impact on clients and genuine business acquisitions will take a far longer time, as suddenly for Wunderman to build trust in India may take far a longer time. In sheer scale, Wunderman, pre-merger, had probably been just 10-20% of JWT India, in terms of merger.

It is also to be noted that in India, the J. Walter Thompson Group includes three full-service agencies: JWT, Contract, ADK-Fortune; two digital agencies: Hungama Digital Services, Mirum; and a rural, shopper and experiential company: Geometry Global Encompass Network. Now with Wunderman also in the picture, it may take some time for the agency people to settle down with the changes.

Speculation is now rife on the future of other two legacy agencies within WPP: Ogilvy and Grey.

To sum up, the advertising industry has come to a point where the traditional agencies have hit a stagnation point and what matters now is the survival of the fittest.