In-depth: Bangalore is no more a sidekick to the creative hubs

The startup hub is gradually turning out to be a creative hero itself, coming out of the shadow of being a sidekick to Mumbai or Delhi. Business of creative agencies is blooming in the garden city mostly because of new-age tech brands and increasing faith of traditional companies in the city’s talent to produce iconic work. BestMediInfo.com analyses

With Mumbai being the Big Daddy of Indian advertising and Delhi making its presence felt with fast growing business size and some solid work, there’s another city that is slowly but increasingly rising up from the shadows to throw up a challenge to the two numero unos of the industry. It is none other than the hub of India’s IT industry Bangalore.

Over the years, it is not just the global private equity funds that are investing in the tech ecosystem of Bangalore, now known as Bengaluru, but international advertising networks have also been gradually picking up city-based young and independent creative agencies such Happy Mcgarrybowen to expand their business pie.

The city is breeding ground to some top brands

Bangalore has housed India’s most loved brands such as Titan, Tanishq, Britannia, food brands of ITC, fashion brands such as Arrow, Louis Philippe, Allen Solly, Levis and even HUL until about 15 years ago.

Now with new-age companies such as Flipkart, its subsidiary Myntra, Amazon and several others setting up shop, the most interesting advertising campaigns are also coming out of Bangalore. The billing of city-based agencies has seen a massive rise in the past few years. 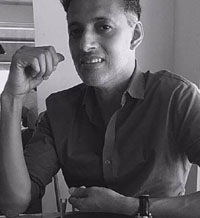 Joono Simon, Founder and Chief Creative Officer, Brave New World (an independent agency in Bangalore), said, “The Bangalore advertising has always been on the map in multiple ways as most of the leading agencies have a very large and strong presence here for a long time. There were large businesses such as HUL and Groupon until about 10 to 15 years ago and now the city houses multiple large groups such as ITC, Britannia, TVS, IKEA along with the largest e-commerce companies.”

Ogilvy Bangalore takes care of brands like Amazon and Titan, Lowe Lintas Bangalore works on Fastrack, Tanishq, Flipkart, FCB India’s office in the city works on major brands like Wipro and ITC. Recently Dentsu Impact also opened its office in Bangalore to handle Ikea, which will be launched in India soon. Bangalore is also home to a lot of independent creative agencies like Orko Basu’s Fisheye Creative, Joono Simon’s Brave New World and others. Previously Praveen Das and Kartik Iyer’s Happy mcgarrybowen was also an independent agency setup in Bangalore until Dentsu Aegis Network acquired it after seeing the scope of immense growth in the Bangalore market.

Bangalore's rise has, however, been Chennai's loss as a lot of business and talent have moved cities as the former emerges more strongly on India's economic map. 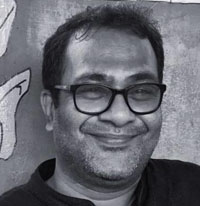 Mumbai has always been considered the advertising industry’s headquarters and lately, Delhi has also seen a growth.

Even though Bangalore cannot be compared to the business size of the other two cities, one cannot ignore the creative quality coming from the garden city. Tanishq’s remarriage ad, Titan’s edgy work or even Bingo mad angles are being appreciated across the country.

Work culture sets aside the city from the rest

A healthy mind breeds the best in creativity. A senior creative person from Bangalore said that the city’s work culture is such that no individual is stretched across too many businesses and that definitely consolidates your relationships with your client. Bangalore has more rigour and somehow under pressure, you feel less pressured. 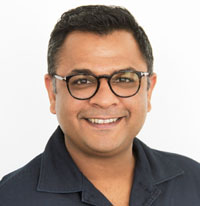 Kartik Iyer, CEO, Happy mcgarrybowen, added, “Bangalore has been a very open-minded city. A lot of people came to Bangalore and became successful. Mumbai and Delhi have got their hierarchy. There are old daddies sitting in Mumbai and as long as they are around, all the new entrants have to get the approval of the old daddies. Bangalore never had that. People don’t need connections, it’s just the work. I would definitely praise that culture in Bangalore.”

No doubt that while Bangalore has been producing iconic work in the past, with the advent of startups, the creative industry also got a boost in terms of business and opportunity to work with startups from the beginning and make them into India’s most loved brands.

Brands like Flipkart, Myntra, Cure.fit, Bluestone, Freshmenu, Wildcraft and others have their base in the city and because of this startup culture, the amount of project basis work has also increased, which eventually after success gets converted into retainership.

Iyer said, “Bangalore has been producing great advertising for about 20 years. International awards have been first won by agencies in Bangalore, not by agencies in Delhi and Mumbai. In the last 10 years, the situation has changed because the number of head offices of brands in Bangalore increased thanks to the startup world. Bangalore being an IT city is already primed to be a new-age economy. Therefore, we saw most of the new-age startups coming to Bangalore and they found it easier to do business here than any other city.” 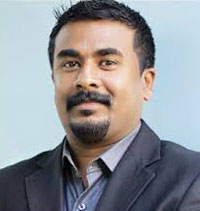 Adding, Hari Krishnan, President, Lowe Lintas, South, said, “Bangalore folks are very chilled and grounded. They have a great sense of who the consumer is and what their mindset could be like. The city has a great sense of humour, design and art.” 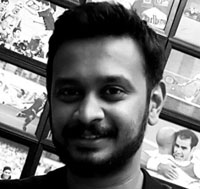 Startups also have this urge of doing new-age edgy work, which boosts the creative industry’s confidence to take a risk. Romit Nair, Creative Head, FCB India, Bangalore, said, “Bangalore is a city filled with younger clients wanting to do some fresh new work.” 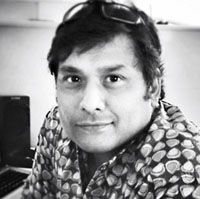 Orko Basu, Creative Head, Fisheye Creative Solutions, (the Bangalore-based independent agency behind the famous Te-a-me campaign), said, “I don’t think any city in India has that kind of energy around startups that Bangalore has. You can’t think like a big brand when it comes to small companies in terms of budgets, resource and time. But it’s exciting because the kind of chances you can take in startups, you can’t take on big brands.”

Basu said, “Almost weekly there are things coming up that require advertising. A lot of things that we do with smaller brands are very different. For bigger brands to do something different, it will take a lot more spine to approve it. When you are working with smaller brands, with smaller budgets, the idea seems to be a little more outrageous.”

Taking inspiration from the startup brands, the already settled brands in Bangalore are also looking to experiment with creativity and do fresh work. Nair said, “I have moved from the Delhi office to the Bangalore office because there is a need for a younger mindset not just for the younger clients but also for the older clients who are now looking for younger platforms to advertise on.” 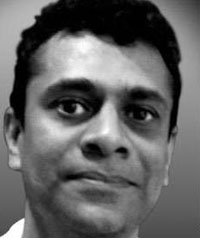 Talking about the reasons for Bangalore’s growth, former Ogilvy hand and now President of Madras Global Vikram Menon said, “The industry as a whole is evolving very quickly. Bangalore has a great mix of talent that is good in data, technology and creativity. The talent in Bangalore seems to get digital in a better way than many other people I have worked with.”

The city is also home to a few major industry veterans

Bangalore is also home to creative veterans like R Balki, Praveen Das and Senthil Kumar. Most of the known names in the creative industry from Bangalore are from Ogilvy & Mather office. Ogilvy’s Bangalore office has given birth to ace names like Rajiv Rao, V Mahesh, Amit Akali, Malvika Mehra, Simi Sabhaney. 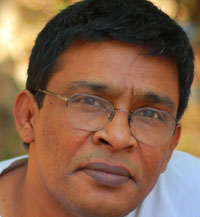 Commenting on the current talent in the Bangalore office, N Ramamoorthi, President South, Ogilvy & Mather, said, “The city has the best of Ogilvy’s national talent sitting out here and working. Azazul Haque and Mahesh Gharat are our Chief Creative Officers from the South. Both are the people who have worked in Ogilvy Mumbai and have moved to Bangalore two years ago to take charge at the office. We have people who understand the Northern markets well sitting out of Bangalore. Our top creative and planning people have worked across the country and have joined Ogilvy Bangalore to work for regional and national campaigns.”

Bangalore has good colleges and institutes that breed creativity in students and make them a talent house for the creative agencies to choose from. Krishnan said, “There are great institutions in Bangalore from Chitrakala Parishath to a few other reputed art schools.”

Now shooting in Bangalore is easier than ever

Although Mumbai is considered as the Mecca of advertising and is most equipped with production services, we are also seeing a growth in new-age production houses in the city. Nirvana Films headed by Prakash Varma was started in Bangalore as its base and is India’s one of the best ad film production houses.

Nair said, “Earlier there was maybe just one big production house and one big filmmaker in Bangalore but things are slowly changing. We have seen a lot of filmmakers rise up quickly and make their mark in this city.”

A few other production houses budding in the city are Miramar Films, Be Water, Full Meals to name a few.

Summing it well, Ramaswamy said, “Somewhere Bangalore is not so big and not so small. It brings a lot of business, but at the same time, it’s not like people don’t know each other. It is not so vast like the offices in Mumbai. The culture is the biggest driving force and a very different kind of a culture. Everybody is broken into teams in Mumbai and has very little time to interact with each other, but here in Bangalore, everybody will be well-versed with each other’s work. Anybody can step into anybody’s shoes at any given point in time.”

Tags: In-depth Bangalore is no more a sidekick to the creative hubs
More from this section