Creative veterans pick the best of 2017 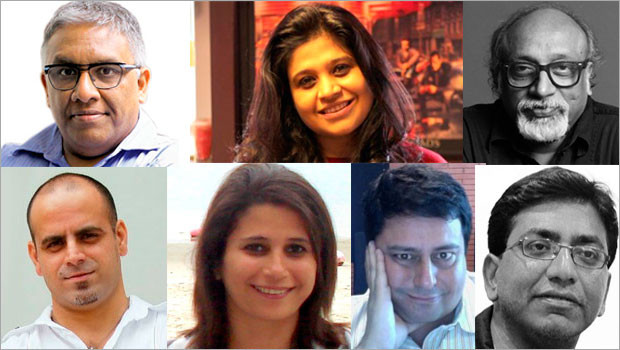 Each year the level of creativity in ads around the world rise and makes one wonder about the beautiful insights behind them. There are certain ads that touch our hearts and stay with us forever. In fact, the people who make these ads feel content when the brands come closer to the consumers through them and are also appreciated by their peers in the industry. Among these outstanding ads, a few become everyone’s favourites.

Therefore, BestMediaInfo.com has compiled a list of ads that are Indian advertising industry’s favourite.

The ad talks about gender equality. It advocates for a daughter’s right to do the last rituals when the parents die. Sridhar points out that execution-wise they could have done better but the cause that was taken up was applause-worthy.

“I love my daughter more than my son. In fact, there are a lot of people who have only daughters. The religions of the world have transformed completely while the ethics, value and preachings are the same. I feel sorry that the campaign has not been taken forward by a lot of government institutions, politicians and brands,” said Sridhar.

The reason behind Kumar’s love for the Kashmir Tourism campaign is that it changed the conversation from negative to a positive narrative about Kashmir.

About the Times Spark '#ReadToLead’ Campaign, Kumar said, “The campaign has inspired and motivated millions of young Indians to read the Times of India in the quest for the next Kalam.”

“I always cry when I watch the campaign,” said Bhattacharya.

Imperial Blue’s recently released film for the ‘Men will be men’ campaign is Gahlaut’s favourite.

“I really like the insight behind these films and we always try to do nice and fresh feel films,” added Gahlaut.

Men will be men

Internationally, he liked Audi’s ‘Clowns’ TV advertising done by BBH London, the reason being ‘It is beautifully shot’. The insight of the film is in the form of a metaphor that there are a lot of clowns on the road and a particular feature in the car helps to avoid them.

Pawar’s favourite is Diesel’s ‘Go with the Flaw’ campaign. The campaign is done by Publicis Italy. The ad depicts bold characters who wear their imperfections with pride, from unibrows to braces.

Go with the Flaw

“The campaign is brilliantly executed and the planning of the way they are expanding is outstanding,” said Pawar.

Khazanchi liked Google’s latest campaign ‘The year in Search’. The campaign is about how people have engaged with Google through the entire year.

“The ad brings out an optimistic story and the view about the world. The statistics have turned into a beautiful story of human endeavour,” said Kazanchi.

A lot of people visit malls everyday and not many visit animal adoption centres much. Based on this simple insight, Pedigree partnered with the electronic stores in malls and replaced the random images on their TV screens by pets waiting to find new homes. Each screen featured a real-time video of the dog, his/her name and where one could adopt them. Every time a dog left the center it also left the TV screen.

“No whistles, no bells and no complicated technologies at play. Just a good idea, a stomach for perseverance (you’d need that in spades to continue to think laterally on a brand as prescriptive as Pedigree), and a commitment to their craft. That they won a Gold Lion in the Outdoor category was inevitable,” said Sethna.