Some believe that celebs should be morally responsible. Others claim it is all about money – both for brands and celebs. No one wants to act the moral police 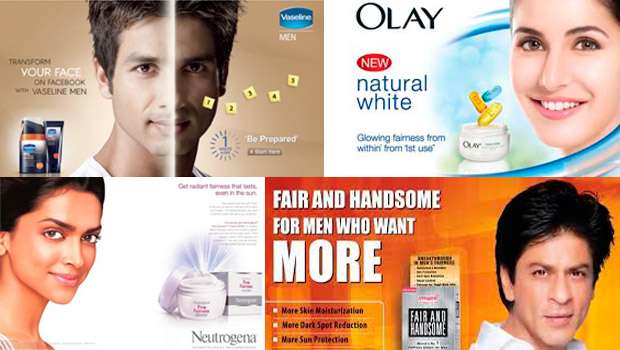 Bollywood actor Abhay Deol has created a fair storm over fairness marketing. He even went to the extent of naming his actor colleagues for endorsing this mindset. Upshot: Deol has reopened an age-old debate.

This is what Deol posted this on his Facebook page on April 12: “There's a lot more of these campaigns that are blatantly, and sometimes subtly, selling you the idea that whiter skin is better than darker skin. No one at the top of their game in any field is going to tell you that it is demeaning, false and racist. You have to see that for yourself. You have to stop buying into the idea that a particular shade is better than others. Unfortunately, if you look at matrimonial ads you will see how entrenched in our psyche this belief is. We even use the word 'dusky' to describe the colour of someone’s skin! While an individual may not be able to change this attitude in his/her community, he/she can at least start with the family.”

He followed it up with a series of posts on celebrities who have promoted personal care products on the notion of fairness and whitening. He took a dig at a lot of celebrities like Shah Rukh Khan, Deepika Padukone and John Abraham among those who have endorsed fairness products.

The “fairness” debate has been raging ever since people started questioning the traditional Asian concept of beauty. There are too many personal care brands that are standing on the proposition of turning faces and armpits fairer – and people are buying the idea, no doubt about it. Brands that sell on this mindset think that anything that sells the brand is good. There are very few who think that we need to come out of the yoke of fairness stories and understand real beauty.

The ads in the fairness products category are entirely predictable. A lot of stars can be seen smiling into the camera as he or she builds upon an inspirational story to tell consumers how they have got a fairer skin by using the particular fairness product. There are profile shots of the celeb becoming fairer with each successive application, followed by the quality of life improving.

BestMediaInfo.com caught up with Patanjali, Joy Cosmetics and brand experts to find out the implications of the strategy used in the personal care category.

The ‘get fair’ business is not only confined to women; some fairness products launched for men are in the race too. The commercials that are aired today propagate a myth that it is necessary to be fair in order to succeed. Only after getting a light skin tone, courtesy the specified fairness cream, an aspiring actor, news reporter or even a sportsman is shown to achieve his goals in life.

Where does the idea develop?
It is a point to ponder that from where does the fairness insight come from, from the creative agency or the client? Shouldn’t the brand be responsible towards society? Shouldn’t advertising agencies reject the idea of selling products on this notion? Ambi MG Parameswaran, Brand Strategist and Founder of Brand-Building.com, said, “Often the idea of using a brand ambassador or a celebrity is a joint decision with both the client and agency taking the call. It is never just the agency that is taking the decision.” Colvyn Harris, Founder, Harris-Mint, too pins the fairness pursuit on clients/brands. He said, “The first responsibility starts with clients. It is a lucrative business category; they are not going to stop unless there is some legislation. An agency is given a brief and they are going to make the product proposition look as white as snow-white. They are well within their right to take the category and work on it. The social responsibility should begin from the manufacturers end.”

Harris also makes a strong argument for agencies. He argued, “The agencies are not a social police. If the client is giving a fee and wants something to be done, they will do it, unfortunately. They are here to build a business. If an agency refuses, the client will go to some other agency and they will do a cartwheel and somersaults to get the job done. This won’t stop until the time we have an overall compliance with the government.”

Why do celebrities endorse skin fairness?
Celebrities are the social influencers. There are also people who idealise and idolise celebrities. Is it only money that celebrities should be bothered about or should they be socially responsible? There are a few celebrities who stand by the cause and have refused to endorse such products that sell on this notion. But where does it start? The seed is sowed at the brand’s end, the creative agencies reap it, and celebrities only disperse the idea in society. If one has to curb the idea, then it should be done at the seed level.

Parameswaran explained, “I also think that it is up to the celebrities to decide what products they endorse and we cannot pass value judgement on that. I suspect Abhay Deol has his issues with a class of creams and is upset that his fellow stars are endorsing it. Today it is fairness creams. Tomorrow it could be high priced shoes imported from China. And the day after, mobile phones that are very high priced.” Poulomi Roy, Head of Marketing Communication, Joy Cosmetics, has a very different point to make. “Celebrities have the power to influence. When celebrities endorse fairness products, these are the people that consumers idolise and consider as beautiful. This is unfortunate but it is a fact. We want to look like and be like Bollywood style people.” Money talks. As Cajetan Vaz, Independent Brand Consultant, said, “Almost all celebrities have at some point endorsed brand promises that are disconnected with what they believe. It's the money that puts words in their mouths.”

Harris concurred, “Celebrities are here for the money. They don’t have a moral standpoint that they won't do it.” Why blame fairness creams alone?
Some ask why should endorsing fairness creams be any different from being a part of surrogate advertising for categories like whisky, pan masala and cigarettes.

Vaz said, “People who cast aspersions on other celebrities need to look inwards in their own house. Is endorsing a club soda masquerading as a surrogate for a regular whisky any different? Haven't we seen Ashok Kumar, Dharmendra and Shatrughan Sinha in Bagpiper Club Soda ads? We all live in glass houses, and rather than pointing fingers at others, let's collaborate to weed out the socially unfair brand promises rather than becoming holier than thou. Self-regulation will be better than pointing fingers.”

Roy agreed saying, “Ethically we should stop promoting these products. For example, if you take the case of alcohol and cigarettes, you cannot ban the product altogether. But you don’t promote it because it is ethically wrong. Similarly, the idea of fairness needs to be stopped selling as a point of sale.”

Brands that don’t take the brightness route
Unlike the plethora of brands promoting their products on the plank of fairness, there are a few brands that have supported inner beauty and healthy habits that enhance beauty. Patanjali is a brand that has always taken a dig at other brands through their advertising. For Patanjali advertising is about talking product benefits.

Tijarawala said, “Beauty is a natural thing and we always promote that only. Talking about fairness and complexions is discrimination. People are taken for a ride by giving false hopes by talking about black and white to them. Rest there is nothing. You cannot change the colour of your skin. To protect the natural colour, you need to use some external cream. You need to eat well to be naturally beautiful.”

Taking a dig at multinationals, Tijarawala said, “Earlier there was only East India Company; now there are thousands of international companies. They are not just here for business; they also brought along a different thinking process to increase their business. They nurture and nourish that thinking and build a culture of consumerism and our mentality becomes like that. They have instilled the feeling of black is bad and white is good, foreign products are good and Indian goods are bad. These thoughts are polluting the thinking.”

Joy Cosmetics is a brand that has positioned itself as a maintenance product rather than on the brightness and fairness quotient. They have never focussed on enhancement ever. Even after finding it difficult to sell through maintenance proposition than fairness, the brand has consciously decided to not promote the brand on the fairness bit.

Roy said, “It is an absolutely unfair proposition for us to talk about it in the 24th century. This has been discussed time and again. The fairness proposition is an ingrained thing now. Right from the beginning, we have been taught that the beauty is equal to fair skin. Even in the past, a lot has been talked about fairness and notions of these kinds in Bollywood songs too.”

ASCI’s guidelines
The Advertising Standards Council of India (ASCI) has recently announced a set of guidelines to protect consumers’ interest while encouraging celebrities and advertisers to refrain from endorsing misleading advertisements. The guidelines say that all advertisements featuring celebrities should ensure that it does not violate any of the ASCI code in letter and spirit. Celebrity should do due diligence to ensure that all description, claims and comparisons made in the advertisements they appear in or endorse are capable of being objectively ascertained and capable of substantiation and should not mislead or appear deceptive.

Srinivasan K Swamy, Chairman, ASCI, said, “Celebrities have a strong influence on consumers and are guided by the choices they make or endorse. It’s important that both celebrities and advertisers are cognizant of the impact and power of advertising and therefore make responsible claims to promote products or services.  It is in the interest of advertisers / ad agencies as well as celebrities to be aware of these guidelines and be sensitised to this issue to avoid violations.”

Believe it or not, we all love fair skin
Vaz summed it up eloquently saying, “We love fair, and have no issues with people who cover themselves like Egyptian mummies to protect their complexion from sun tan while riding a two-wheeler. We love doodh si safedi (white as milk). Let's admit it. Brands are merely reflecting the desires of the consumers. Abhay Deol's comments will have little impact.”

For now, all is fair in marketing.