Devika Bulchandani is blessed with a nuanced business and creative sense

Advertising veterans Piyush Pandey and Prasoon Joshi share their experience of working with Bulchandani, who was recently appointed as Global CEO at Ogilvy, and why she is likely to achieve greater success in her professional life 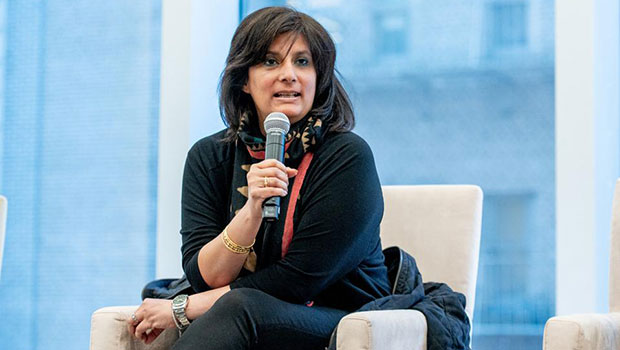 Born and brought up in India, Devika Bulchandani will now lead Ogilvy from the front as she takes over the reins from Andy Main as Global CEO. She will also join WPP’s Executive Committee in her new role.

Bulchandani was the Global President and CEO of Ogilvy North America for the past year and had spent over 26 years at McCann Worldgroup in her prior leadership role of President, McCann Worldgroup, from 2017 to 2021. 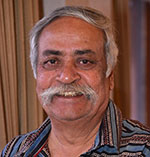 Talking to BestMediaInfo.com, Piyush Pandey, Chief Creative Officer Worldwide and Executive Chairman, India at Ogilvy, said, “This is a brilliant appointment that Ogilvy and WPP have done. An extremely capable and a big-time achiever with a fantastic track record, Devika is a complete communication professional who believes in borderless creativity, both geographically and discipline of communication, which is our way of working at Ogilvy.”

Pandey also referred to Bulchandani’s appointment as a matter of pride for the country as an Indian will be leading in a global role. However, he also added, “Before being an Indian, she is a global citizen who carries Indian values and has equal concern and responsibility for the entire global community.”

Pandey further also went on to add that when Bulchandani led the company from the front on many global businesses, she won multiple accounts, of which one was when Ogilvy won lead creative agency for Pernod Ricard’s Olmeca Altos Tequila, Tequila Avion, and Del Maguey.

“Devika is a people person who carries her team with respect and dignity. She has led many businesses from the front not only in Ogilvy but in her earlier jobs, as well. At McCann too, she had achieved a lot. In fact, her earlier track record not only attracted Ogilvy but when they were able to persuade her, it was only because of what they thought of her,” he asserted.

Speaking about Bulchandani’s professional capabilities, Pandey also pointed out, “Leading the company as a CEO - because being global head of advertising is a big job and being the President of North America, our largest business is a big job - in itself is a big job and it already gives you an indication of how Devika will be going to places,” he said.

Bulchandani was born in Amritsar and grew up with three siblings. She went to Welham Girls’ School, Dehradun, and later pursued her graduation in English and Psychology from St. Xavier’s College, Mumbai.

Bulchandani then went to America to pursue her Post-Graduation in Communications from the University of South California in 1991.

Soon, she joined the advertising industry in 1995 and landed her first job at Anderson and Lembke in New York City and worked on a no-pay basis for over three months before she got herself a job in Account planning for $18,000.

She then went on to join McCann in 1997 and continued in the same organisation for over 20 years. Two decades later, she became the President of McCann North America in 2017.

Speaking on Devika’s accomplishment, Joshi said, “Devika is blessed with a great instinct for the business and a nuanced sense of creative ideas. She being at the helm of the agency today, makes me feel really proud, especially given her connection to India.”

He further also went on to add that Bulchandani’s appointment as Global CEO at Ogilvy is an inspiration for the many women in the advertising industry.

Additionally, Mark Read, CEO of WPP, also said, “Devika is a champion of creativity who brings passion, purpose, and an uncompromising focus on generating impact to everything she does. In partnership with Andy and Liz Taylor, she has been instrumental in Ogilvy’s recent growth and development. Her love for our industry, deep understanding of clients’ needs, and track record of delivering growth for agencies and brands, make her the perfect choice to lead Ogilvy to even greater success.”

In her current role, Bulchandani will be responsible for all aspects of the creative network’s business across 131 offices in 93 countries and spanning its Advertising, Public Relations, Experience, Consulting, and Health units.

Speaking on her new leadership role, Bulchandani said, “David Ogilvy changed the industry 74 years ago when he founded this iconic agency. As we write the next chapter in the history books of Ogilvy, we will do it together with our clients, using creativity to push the boundaries of what’s possible. I am honoured and humbled to take on this role, and to do it with all our incredibly talented people all over the world.”

Bulchandani will also be honoured soon by New York Women In Communications (NYWIC) at the 2022 Matrix Awards, which honours women who are making a difference, building community, and inspiring the next generation of female leaders in their field.