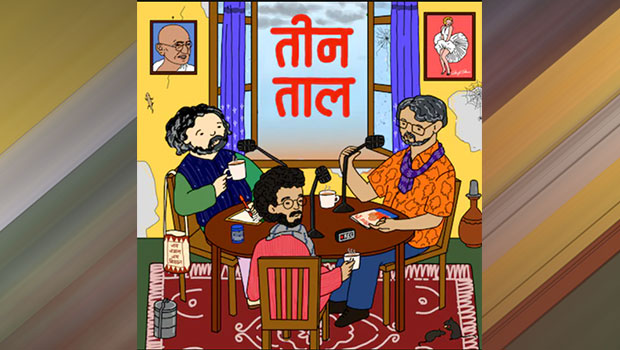 The 100th episode will be celebrated with a special event, called ‘Teen Taal Sammelan’, at the India Today Auditorium on September 10.

Together, they tackle a new conversation every Saturday, ranging from political events, Indian society, viral stuff on social media, food, movies to much more over an hour-and-a-half episode.

As per the group, their signature blend of humour and wit has garnered them a devoted following, which communicates with them through notes, handwritten letters, and emails of admiration for the show.

It also receives a significant amount of traction on social media and has inspired listeners to create memes. Listeners have loved Tau’s wit and unpopular opinions, Baba’s rich vocabulary and anecdotes from real India and Sardar’s intriguing way of hosting, shayari and jokes.

Loyal listeners of the show will get an exclusive opportunity to interact, laugh and play along with their favourite hosts in person while getting a behind-the-scenes look into what makes the magic happen in the recording room.

Since its inception, Aaj Tak Radio has produced 23 podcasts, including six daily, eight weekly and nine archived shows which can be listened to any time.

Kalli Purie, Vice-Chairperson, India Today Group, said, “Aaj Tak Radio is yet another manifestation of our commitment to powerful storytelling that is accessible, engaging and authentic for audiences around India. We couldn’t be more proud of “Teen Taal’ for communicating with Indians with refreshing honesty, a witty tone and complete openness. The love we have received has been overwhelming.”

India Today group’s audio journey, which began with Aaj Tak Radio, has now entered its second phase, with the launch of ‘India Today Podcasts’ which brings listeners two brand new weekly shows on politics, current affairs and the state of the world in response to the growing need for both enrichment and entertainment.

Podcast enthusiasts around India can access “Teen Taal” and other offerings by Aaj Tak Radio on Aaj Tak’s app and audio platforms such as Apple Podcasts, Spotify, Google Podcasts, JioSaavn and Wynk.