“The problem with being No. 1 is that…” Rahul Joshi’s message to Network18 staff

I’m sure the young, restless, next-rung leadership will take charge and forge ahead, Joshi, Managing Director and Editor-in-chief, Network18, said in a letter shared to his staff 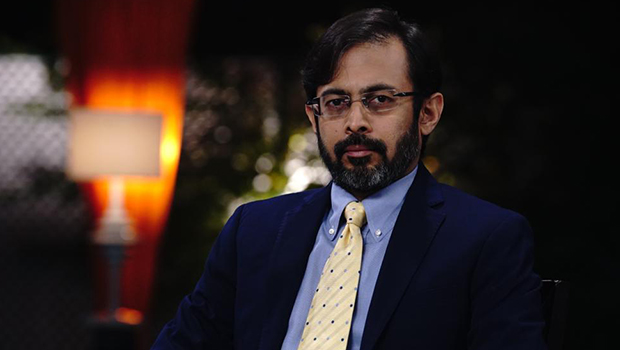 The problem with being number one is that there’s only one way to go—further up, said Rahul Joshi, Managing Director and Editor-in-chief, Network18, in a message to the staff as both its Hindi and English news channel continued their dominance in ratings.

Joshi penned a letter in which he said, “Number 1 Attitude leaves no room for complacency; in fact, it instils a large dose of paranoia and restlessness to stay ahead. Always at the top.”

He hailed team News18 India for “this comprehensive win over Aaj Tak and others, such as India TV, and also those trailing a distance away, like Zee and ABP”, and added, “We’re more convinced about our leadership since it comes on the back of both rising reach and time spent, which means the engagement with the brand is high and the leadership here to stay.”

“Some 15 weeks back, our coveted English general news brand CNN-News18 towered over Times Now. With a share of over 30%, our share is almost 60% higher than that of Times Now, the flagship channel of the Times group. This is as comprehensive a win as any, with the lead only getting wider every passing week. Again, the reach and time spent are on the ascendant, showing stickiness, and if I may say it, fandom. Since I’ve already doffed my hat earlier, let me take a bow on behalf of Team CNN-News18,” Joshi said.

He went on to add, “Before I dwell into the reasons for this success, let’s not forget the group’s crown jewel CNBC-TV18, which opened with a share of over 80% once BARC released the ratings after a long hiatus. And hold your breath, the share in prime-time market hours was greater than 90%! Need I say more about a brand that’s done it consistently for 22 long years. I can’t think of another brand in India that’s so brutally dominated the market for so long and staved off competition with dignity and grace at every twist and turn. I have no hesitation is saying that CNBC-TV18 is easily—and by far—the best news channel in India. CNBC-TV18 defines the genre!”

He further said that the Network18 channels and digital destinations are growing because they are trying to stay away from the noise and focus on “the news, the nuance, the trends and the insights.”

“Which is why Moneycontrol has got over half-a-million paid subscribers (apart from 55 million monthly unique users and around 7.5 million app installs), making it the 14th biggest news brand globally to notch up paid subscribers at scale. News18.com, in less than six years, is going strong with nearly 125 million users who visit it each month to consume stories and videos in every major Indian language. More importantly, it is drilling down to the bottom of the pyramid by going live from 125 districts, the only digital brand to do so,” Joshi said.

He added that CNBC-TV18, Firstpost and History are respected niche brands that are solidly on the growth path and add much-needed gravitas to its news and infotainment portfolio.

He also said that what is more heartening this time is that the turnaround has been driven by the young and restless at Network18.

“I hope in the months and years ahead, you will make this giant media colossus dance to digital and social tunes. As we pivot the organisation into India’s largest multi-platform company with a digital DNA, I’m sure the young, restless, next-rung leadership will take charge and forge ahead,” he said adding that the senior leadership team and he himself would continue to guide them in the future as “coach; not as hands-on leader but friend, philosopher, mentor.”

“That alone will make your company a breeding ground for young talent, many of whom have taken our brands to leadership positions in the past few years,” he said.

Tags: The problem with being No. 1 is that Rahul Joshi Network18 staff
Advertisment
More from this section