As per the channel, its success has been possible due to its consistency and credibility in reporting events as they happen in India and across the globe 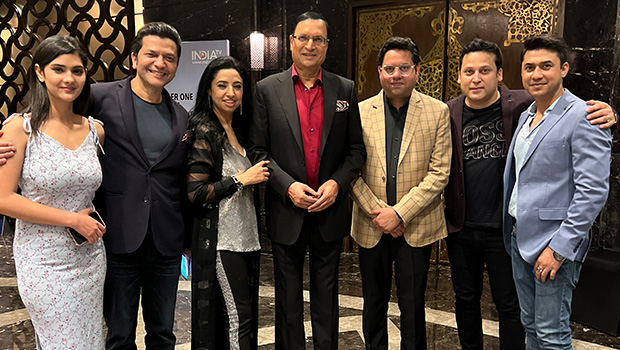 India TV’s Chairman and Editor-in-Chief Rajat Sharma and Managing Director Ritu Dhawan hosted a party in New Delhi for the staff on the occasion of it being among the top news channels in ratings for the past six weeks.

As per the channel, its success has been possible due to its consistency and credibility in reporting events as they happen in India and across the globe. The channel attributed its success to the team efforts between reporters, anchors, producers, camerapersons, and assignment staff which has been well-supplemented by inputs from graphic designers, researchers, video editors and programmers, lending panache to overall telecast, as it appears on television in drawing rooms across India. It also recognised the contribution from its sales and distribution team.

Sharma has been leading the efforts from the front with two flagship shows, ‘Aap Ki Adalat’ on weekends and ‘Aaj Ki Baat’ at prime time on weekdays.

Sharma announced that new episodes of ‘Aap Ki Adalat’ will be on air soon.

“In work and in life there are going to be times you’ll believe in something that’s unpopular, and you’re going to be called on to defend that choice. Too many times, people look and turn around to see what others think first and make their choice based on that. At India TV, we have never been afraid of speaking out mind and have never sought legitimacy from any vested interest. If there is something which can benefit our viewers and people at large, we go for it. That’s our primary benchmark,” Sharma said, addressing the staff.

“Keep following your instincts with courage and conviction. Obstacles are meant to be conquered and risks are meant to be taken. There are no shortcuts. India TV’s glorious journey is a shining example of this spirit,” Dhawan said at the party.